After lasting less than an inning in his previous start at Yankee Stadium on June 30, the two-way star bounced back for his fourth win of the season against the American League East leaders, striking out four, while allowing two runs on five hits.

The decision was the right-hander's 50th career win, including his time with the Nippon Ham Fighters of Japan's Pacific League. 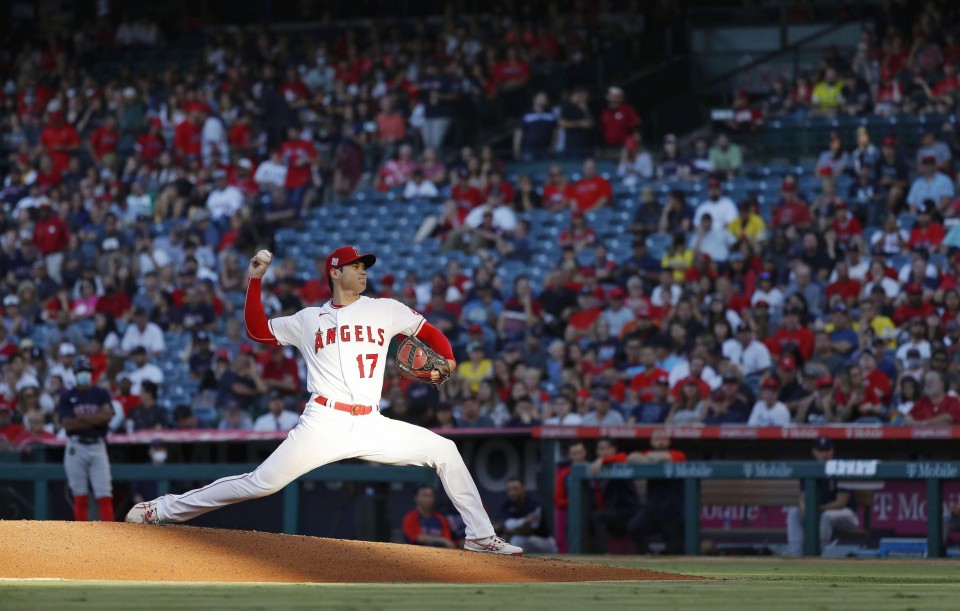 Shohei Ohtani of the Los Angeles Angels pitches against the Boston Red Sox on July 6, 2021, at Angel Stadium in Anaheim, California. (Kyodo) ==Kyodo

Ohtani (4-1), who made history with selection to the upcoming All-Star Game as both designated hitter and pitcher, tied it at 1-1 in the bottom of the first at Angel Stadium with a sharp line drive to right off Boston starter Nathan Eovaldi (9-5).

He scored later in the inning when Max Stassi sent Eovaldi's 3-2 slider deep over left-center field for a two-run homer.

Brought in to catch for Ohtani in a lineup change by manager Joe Maddon, Stassi went 3-for-4 and finished a triple shy of the cycle. He paced the offense along with David Fletcher, who went 4-for-4 and extended his hitting streak to 20 games. 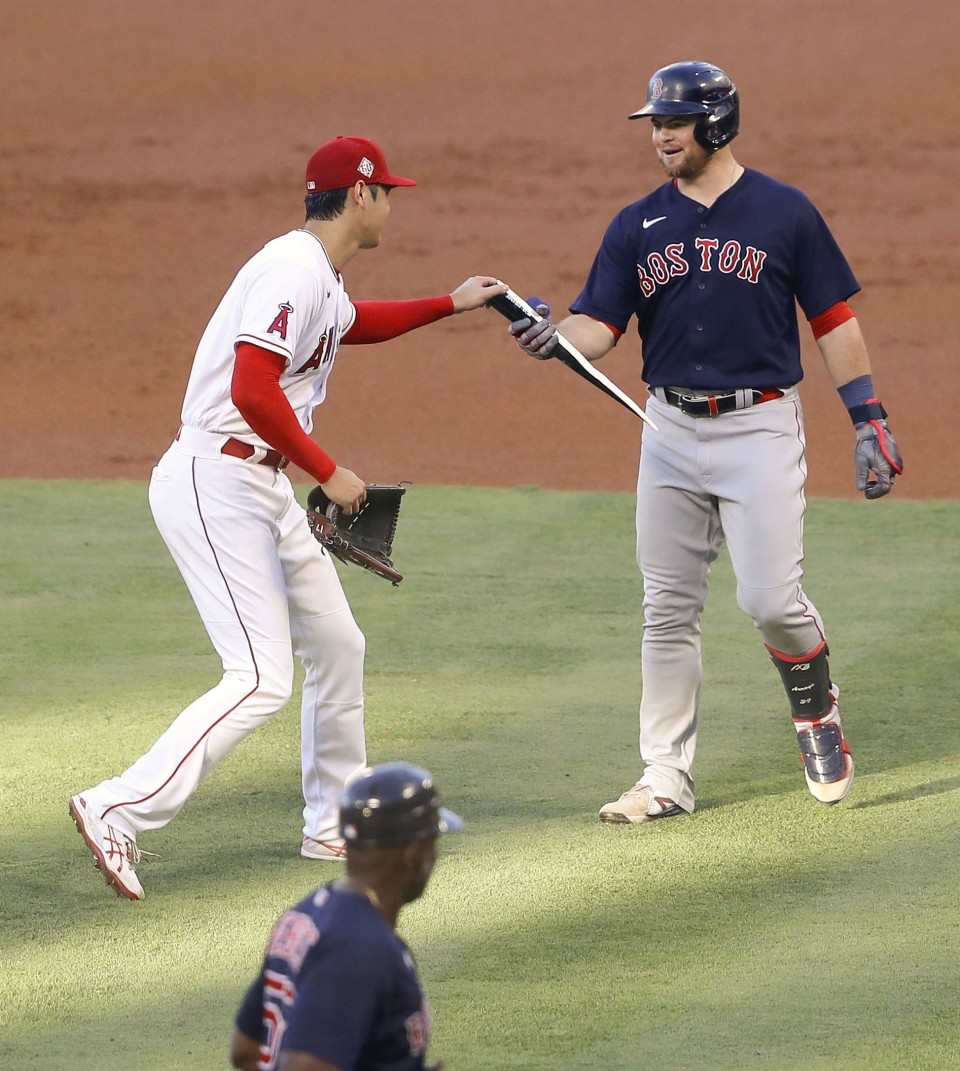 Ohtani, who turned 27 on Monday, surrendered both of his runs with J.D. Martinez at the plate -- on a sacrifice fly in the first and a line-drive single in the sixth.

Angels closer Raisel Iglesias gave up a solo home run to Hunter Renfroe with two out in the ninth before retiring the side for his 17th save. 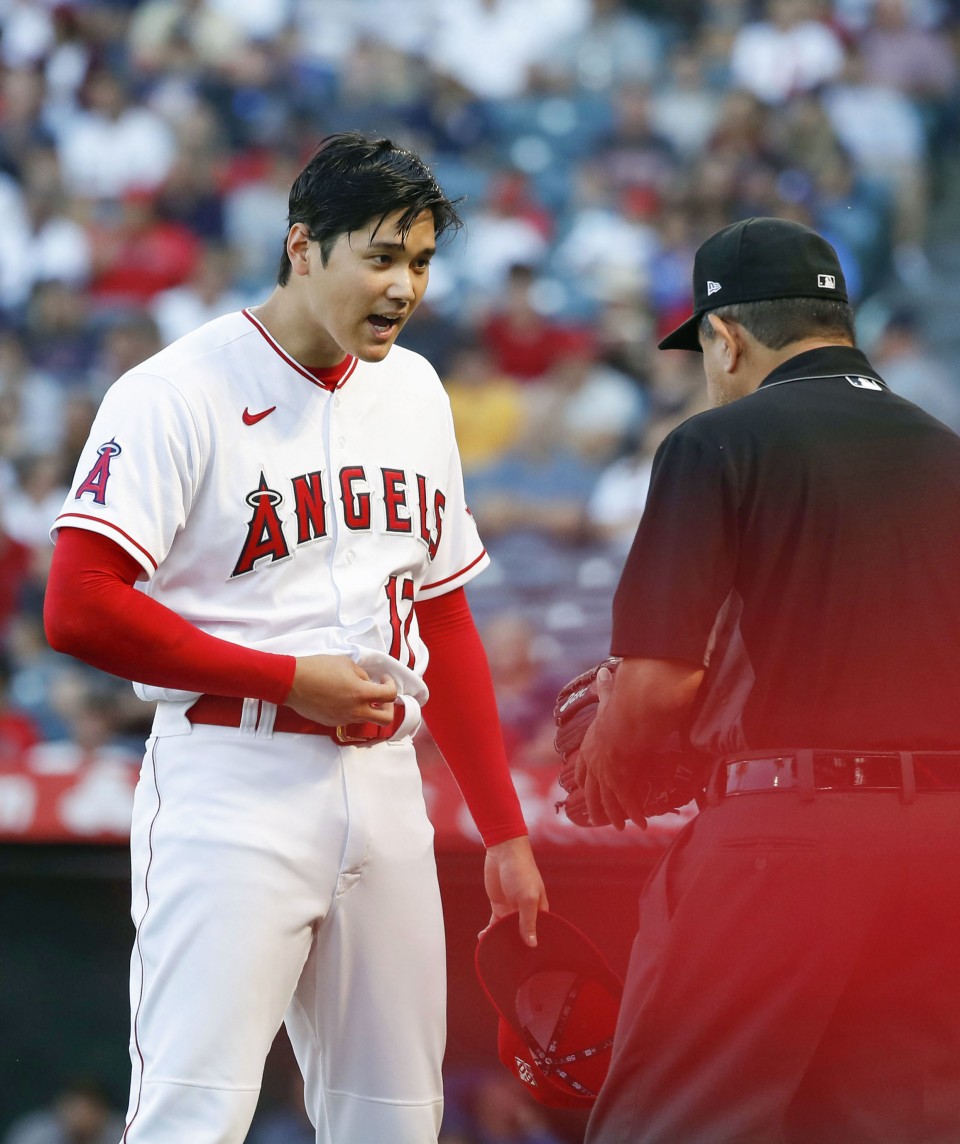 Los Angeles Angels pitcher Shohei Ohtani (L) has his equipment checked by an umpire for foreign substances after ending the first inning against the Boston Red Sox on July 6, 2021, at Angel Stadium in Anaheim, California. (Kyodo) ==Kyodo