China's Foreign Minister Wang Yi said Saturday the Indo-Pacific strategy led by the United States is aimed at countering Beijing in a group and claimed the strategy "should be dumped at a trash heap."

Speaking in a forum on global security issues discussed under China's initiative, held at Tsinghua University in Beijing, Wang warned the strategy adopted by the United States, Japan and other countries is forming a siege against Beijing. 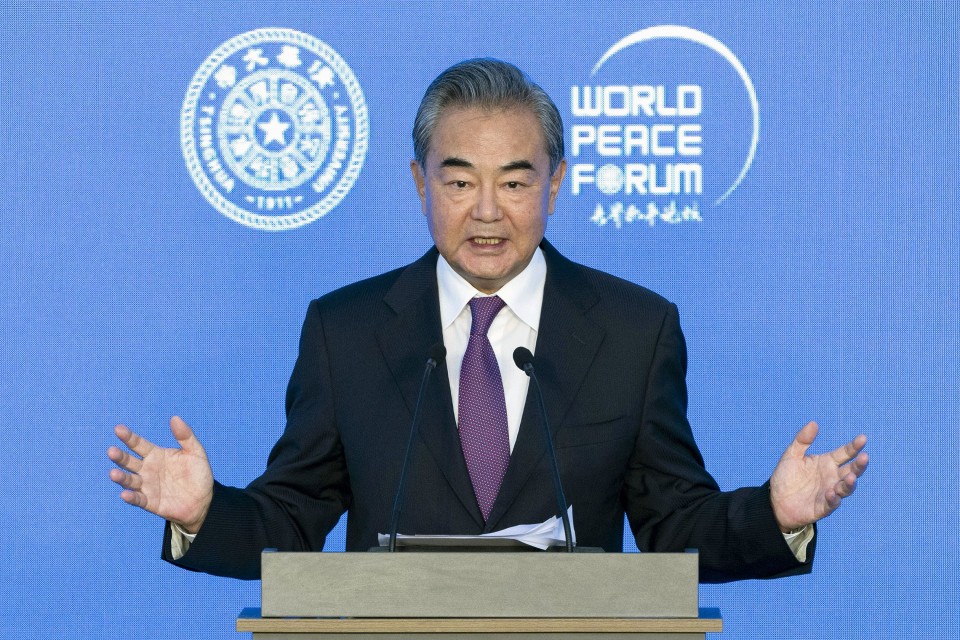 Apparently referring to the Group of Seven industrialized countries and the Quad grouping of the United States, Japan, India and Australia, Wang also said China opposes a framework of cooperation to "fuel rivalry" and "an action to accelerate division."

As the administration of U.S. President Joe Biden has been increasingly promoting relations with Taiwan, Wang claimed the United States is encouraging Taiwan's independence.

Regarding Japan's decision to release treated radioactive water into the sea from the crippled Fukushima Daiichi nuclear power plant announced in April, Wang urged Tokyo not to discharge the water without the consent of neighboring countries and international organizations.

In the speech made two days after China celebrated the 100th birthday of the ruling Communist Party on Thursday, he said, "Today's China is no longer the same country of 100 years ago."