Japan is considering extending the maximum service period for its nuclear reactors beyond 60 years due to anticipated public opposition to the construction of new plants, sources close to the matter said Thursday.

The government is seeking to make long-term use of existing nuclear plants rather than building new ones or replacing reactors, as sought by the ruling Liberal Democratic Party and some business circles.

But such an extension could spur concerns about the safety of aging reactors that are prone to accidents. 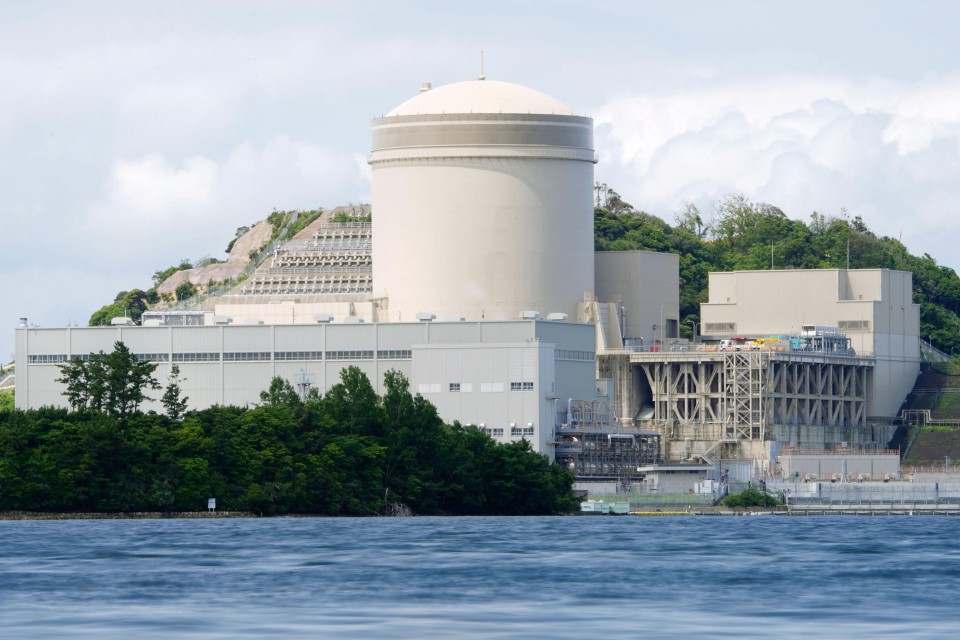 Following the 2011 Fukushima disaster, which was triggered by a massive earthquake and tsunami, Japan introduced stricter safety standards limiting the operation of nuclear reactors to 40 years in principle.

But operation for an additional 20 years is possible if safety upgrades are made and a reactor passes screening by regulators.

The government plans to submit a bill to amend the law regulating nuclear reactors to the ordinary Diet session next year.

It will also discuss inspection and assessment methods to determine whether a reactor should be approved to operate for more than 60 years, referring to cases abroad such as in the United States where they can operate for up to 80 years.

In June, the No. 3 unit at Kansai Electric Power Co.'s Mihama plant in Fukui Prefecture, central Japan, became the country's first reactor to operate beyond 40 years under the new rules. 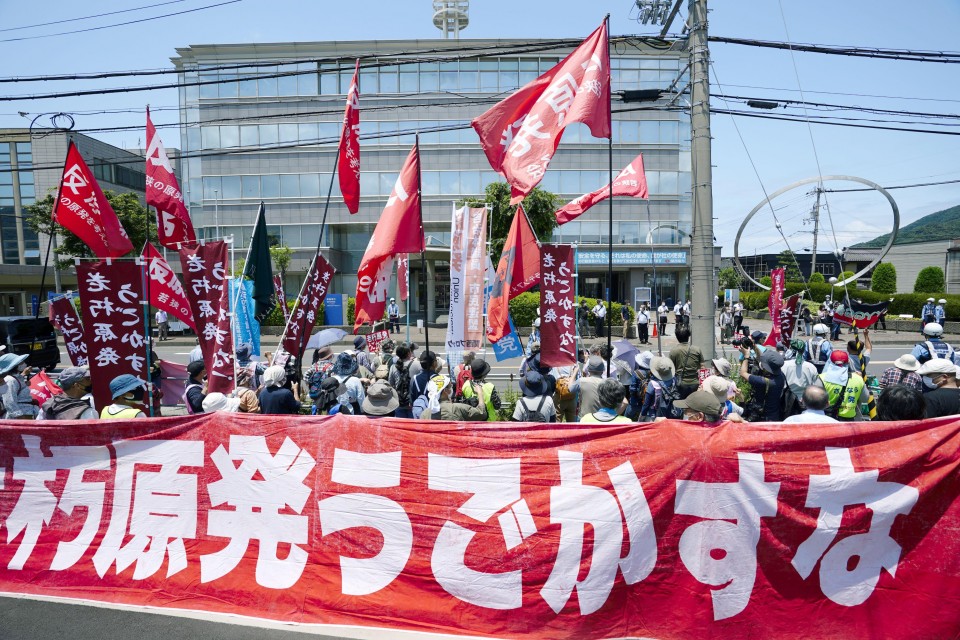 People stage a protest against the restart of the No. 3 reactor of the Mihama nuclear power plant in front of an office of the plant operator Kansai Electric Power Co. in Mihama, Fukui Prefecture, on June 23, 2021. The reactor restarted the same day, becoming Japan's first nuclear unit to operate beyond the government-mandated 40-year service period introduced under new rules set after the 2011 Fukushima disaster. (Kyodo) ==Kyodo

According to government sources, a proposal has been floated to revise the law to allow multiple extensions beyond 60 years providing screening standards are met.

There are also calls within the LDP to exclude from the 40-year cap reactors that have been suspended since the Fukushima disaster.

Japan currently has 33 operable nuclear reactors, with another three under construction. But with several set to reach their 60-year maximum lifespan in the 2040s, only about 20 reactors are expected to still be in operation by 2050 under the current rules.

As part of the 2018 basic energy plan, which is being reviewed, the government is aiming for nuclear power to account for 20 to 22 percent of the country's electricity generation in fiscal 2030 to meet its greenhouse gas emissions reduction goal.

The government estimates that about 30 reactors will be required to cover that level of power generation.