Myanmar is struggling with a shortage of medical oxygen amid a spike in COVID-19 cases, as the country reported 7,083 new coronavirus infections over a 24-hour period on Wednesday.

As many medical workers still refuse to return to their jobs in protest against last February's military coup, the actual number of infections is believed to be higher than shown in official data.

Health authorities also reported new 145 deaths from the virus over the latest 24-hour-period, which brought the total to 4,181 as of Wednesday. 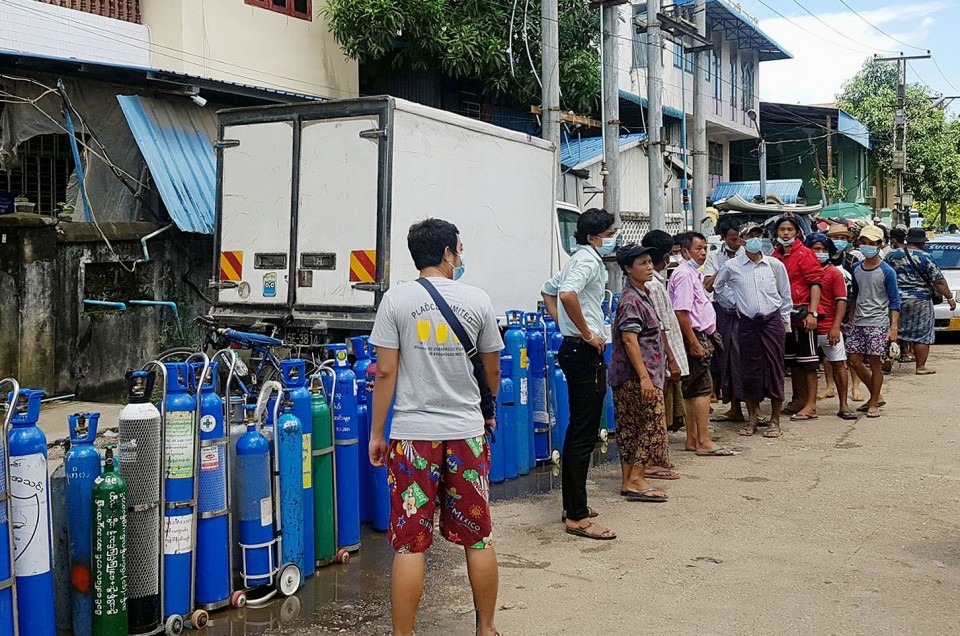 In Yangon, people formed lines at factories to purchase oxygen for their family members who cannot be hospitalized due to lack of beds, local media reported.

U.S.-funded Radio Free Asia reported Wednesday that over 500 bodies a day have been sent to cemeteries in the largest city recently, citing an official from a local humanitarian organization.

While the lack of hospital beds and medical oxygen has become serious, the military government insists there is no problem.

"Some try to do negative activities while gaining political profits. They buy the oxygen cylinder and spread the rumor that the country does not have oxygen anymore," he told a meeting Monday, it reported.

However, one of those lining up at an oxygen plant in Yangon, a 27-year-old man whose relatives were infected with the coronavirus, said most stores have run out of oxygen and the military is essentially "killing people even by not using arms."