A typhoon is expected to approach east and northeastern Japan from the Pacific around Tuesday and may make landfall in areas including Tokyo that is hosting the Olympics, the weather agency said Sunday, as it warned of heavy rain, stormy winds and high waves.

Typhoon Nepartak was moving north at approximately 15 kilometers per hour near Minamitori Island, about 1,800 km southeast of the capital, as of noon Sunday, the Japan Meteorological Agency said. 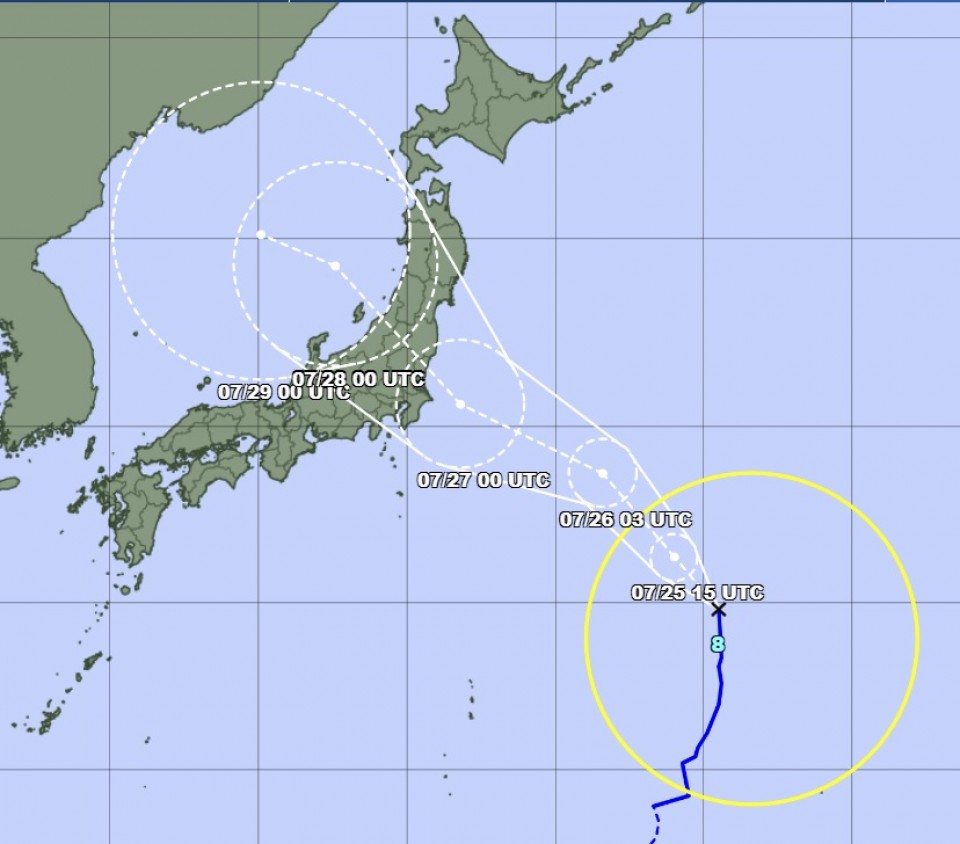 Rowing events for the Tokyo Olympics have been already rescheduled to avoid possible disruption.

The typhoon had an atmospheric pressure of 994 hectopascals at its center and was packing winds of up to 108 km per hour.

It could bring winds of up to 126 km per hour Tuesday with rainfall of up to 150 millimeters projected for the Kanto-Koshin region including Tokyo in the 24 hours through Tuesday morning.