Defending champion Japan booked its spot in the Olympic softball gold medal game against the United States with a 1-0 group stage win over Canada on Sunday.

Japan captain Eri Yamada singled in the winning run with one out and the bases-loaded in the bottom of the eighth inning to lift Japan to a 4-0 record and earn a spot in Tuesday's final. 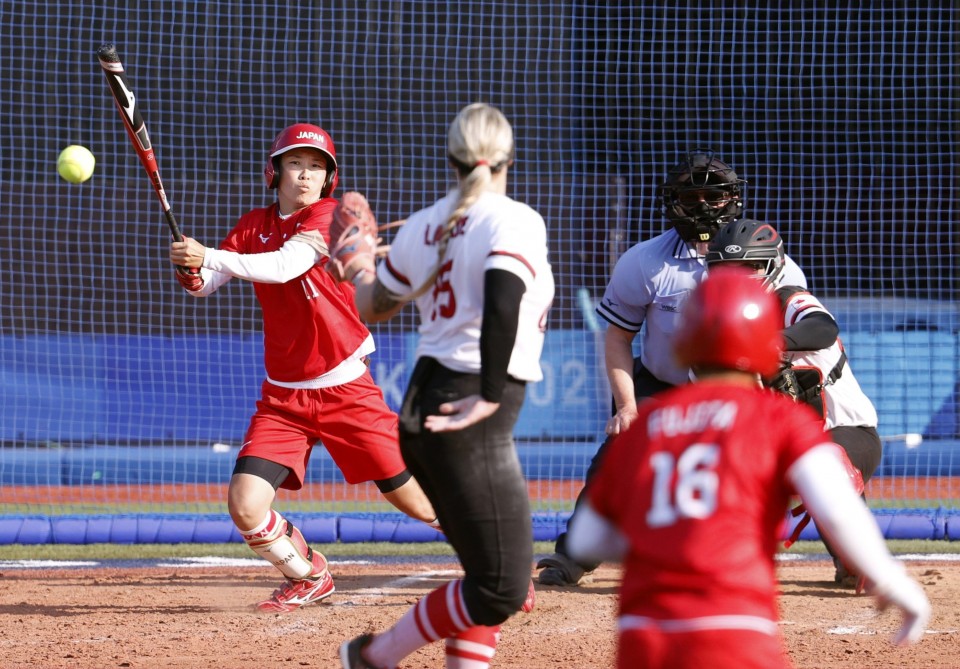 Japan captain Eri Yamada singles in the winning run against Canada in the opening round of the Tokyo Olympic softball tournament on July 25, 2021, at Yokohama baseball stadium near Tokyo. (Kyodo)

Yamada, playing in her third Olympics, had given Japan a chance to win it in the seventh with a leadoff single. In the eighth, however, she ended the game by smashing a pitch through Canada's drawn-in infield.

"The opportunity for a big hit fell to me, just as it had in my previous at-bat," Yamada said. "I expected I would get a chance to play my part."

"We entered this tournament with the understanding that one loss could cost us a shot at the gold medal, so we've played with the intention of winning every game."

Japan's ace pitcher, Yukiko Ueno pitched out of a fifth-inning jam after Jenn Salling's leadoff double and a sacrifice put the potential first run on third with one out. Ueno worked six innings with four strikeouts before left-handed strikeout machine Miu Goto took over from the seventh at Yokohama Stadium.

The hosts loaded the bases in the bottom of the seventh with one out but a lineout and a routine fly kept the Canadians alive. In the eighth, Canada's tie-break rule runner that began the inning on second base never got to third as Goto struck out the side. Goto fanned six in two scoreless innings of relief.

Japan and the United States will play each other on Monday morning in the teams' final group stage game before their final rematch on Tuesday.

Although Monday's result will have no impact on the gold medal game, Yamada said it is still big game for the hosts.

"We came here to win every game, and we want a win tomorrow as a springboard into the final," she said. 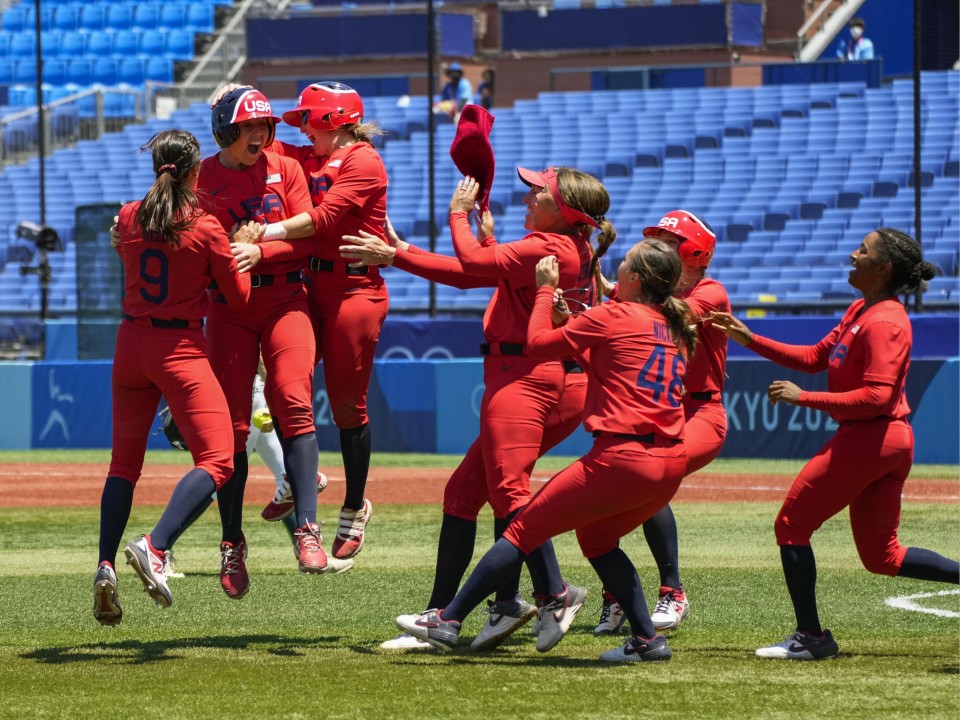 Amanda Chidester (2nd from L) celebrates with teammates after hitting a walk-off single in the eighth inning of the United States' 2-1 win over Australia in the opening round of the Tokyo Olympic softball tournament on July 25, 2021, at Yokohama baseball stadium near Tokyo. (Kyodo) ==Kyodo