Prime Minister Yoshihide Suga apologized Wednesday for his administration's controversial request that drinks wholesalers stop supplying liquor to restaurants and bars that have defied an alcohol sales ban aimed at curbing the spread of the coronavirus.

"I offer my apologies for causing trouble to many people," Suga told reporters a day after the government withdrew last week's request that wholesalers stop supplying establishments in areas under the COVID-19 state of emergency that have continued serving alcohol. 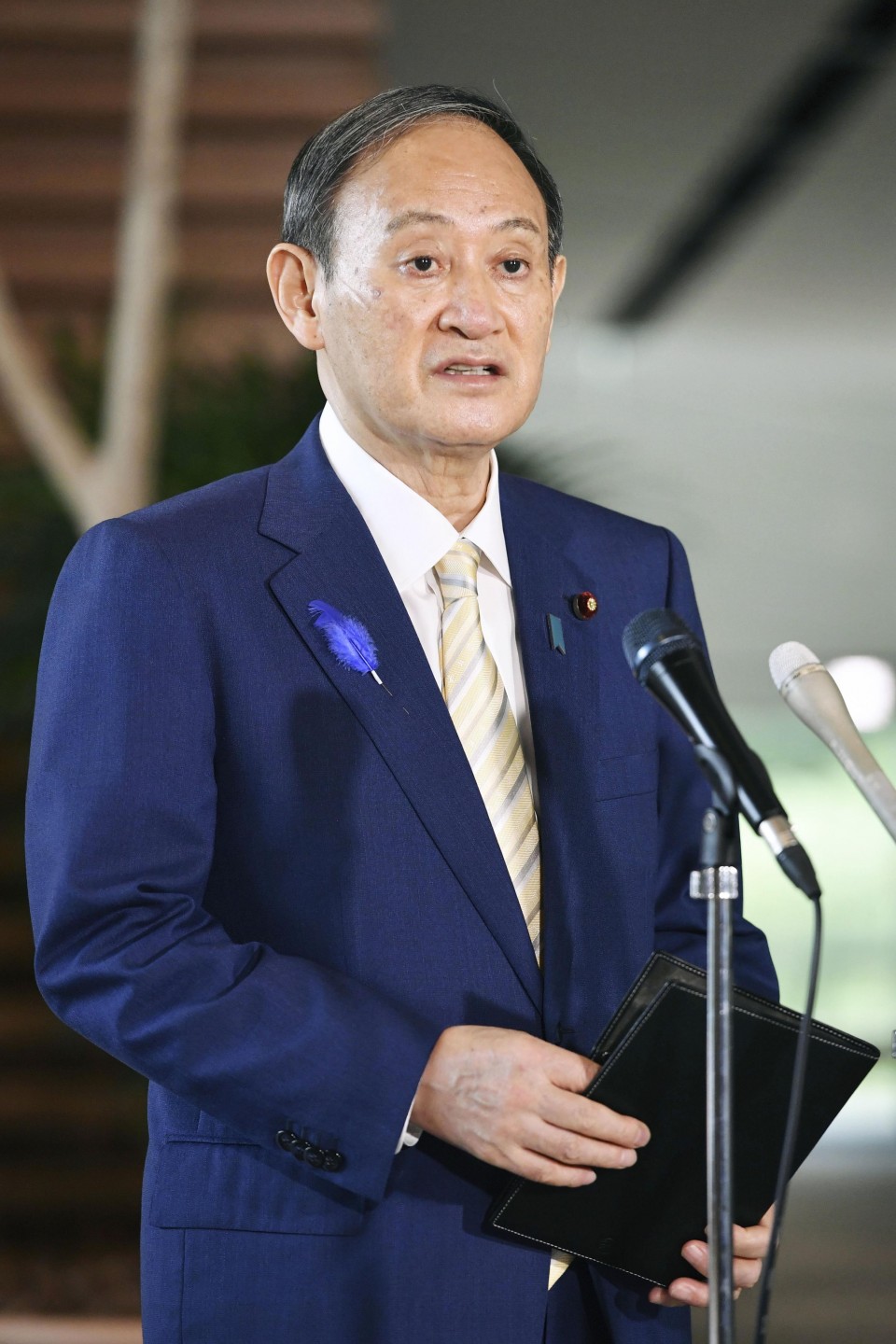 Japanese Prime Minister Yoshihide Suga meets the press at his office in Tokyo on July 14, 2021, apologizing for a controversial plan, retracted after a day, to have financial institutions help enforce a ban on eateries serving alcohol in the capital to curb the spread of COVID-19. (Kyodo) ==Kyodo

The move came as members of the government and the ruling Liberal Democratic Party have scrambled to contain the fallout from the controversy with an eye on a general election set to be held by this fall.

"It was an unwise remark ahead of the lower house election. Unless we quickly contain it, it will affect the Cabinet approval rate," said a former member of Cabinet.

Yasutoshi Nishimura, the minister in charge of the coronavirus response, who suggested the plan, similarly apologized the previous day for "causing confusion and anxiety."

Unwilling wholesalers pushed back against government pressure to cut off supplies, with eateries hit hard by the pandemic also unhappy with the development.

Frustration over the request, along with an already retracted government plan to solicit financial institutions' help in enforcing the alcohol ban, has led to calls for Nishimura to step down.

The main opposition Constitutional Democratic Party of Japan called for Nishimura's resignation, with its Diet affairs chief Jun Azumi saying Nishimura is "unfit as a commander" in the fight against the coronavirus.

"If he stays, Prime Minister Suga would then be responsible (for Nishimura's actions)," Azumi told reporters after meeting his LDP counterpart Hiroshi Moriyama.

Prior to the meeting, the CDPJ, Japanese Communist Party and the Democratic Party for the People agreed to call for the resignation of Nishimura.

Suga declined to comment on the status of Nishimura, saying only that it is important that the minister "explain (government anti-virus policies) in detail."

Nishimura has shrugged off calls for him to resign as a minister over the matter.

Under the COVID-19 state of emergency currently covering the capital and southern Japan's Okinawa through Aug. 22, restaurants and bars are prohibited from serving alcohol and are required to close by 8 p.m.

Some dining establishments have defied the restrictions amid the government's slow payment of "cooperation money" for businesses that comply.

The controversy flared up at a time when the government and members of the House of Representatives have become wary of scandals with a general election looming.

The lower house members' term expires on Oct. 21 and Suga's term as the LDP leader, and hence prime minister, ends on Sept. 30.