Voters will head to polling stations across the Japanese capital on Sunday to cast their ballots in the Tokyo metropolitan assembly election, with the outcome possibly giving a foretaste of the lower house election to be held by this fall.

The ruling coalition in national politics aims to displace Tomin First no Kai, a regional party founded by Tokyo Gov. Yuriko Koike, as the leading force in the 127-seat assembly and secure a combined majority through the country's largest regional assembly election with some 11 million eligible voters. 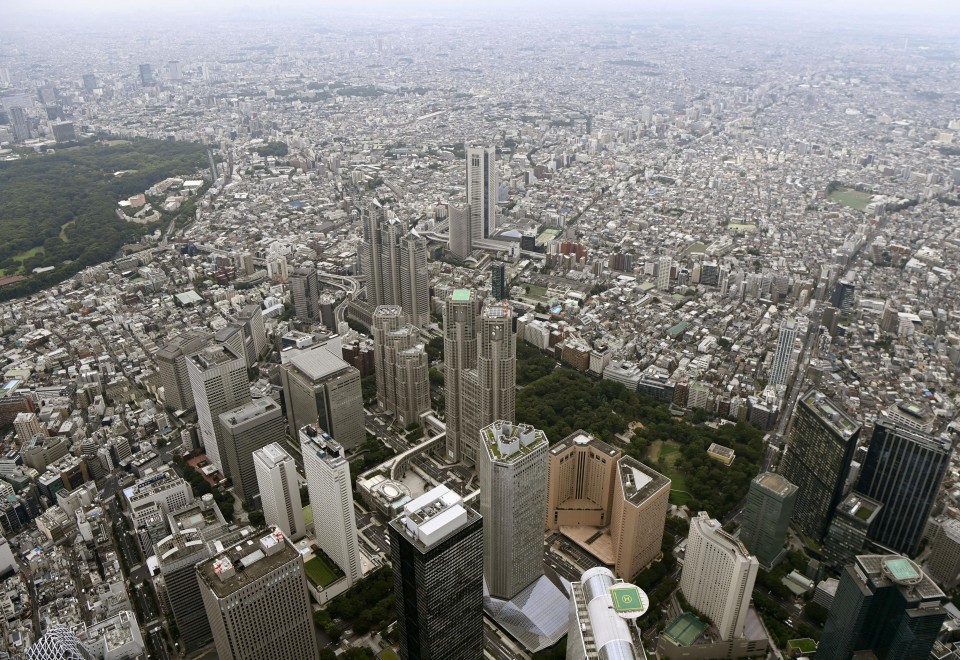 Tomin First, for which Koike now serves as special adviser, holds the majority with 46 of the chamber's seats. Tomin means Tokyoites in Japanese.

The central government-ruling Liberal Democratic Party, headed by Prime Minister Yoshihide Suga, and its coalition partner Komeito hold the second and third most seats in the local assembly, respectively.

But Tomin First is facing an uphill battle this time without cooperation from Komeito, which banded with the regional party in the 2017 election.

It also lacks the full-fledged support of Koike, whose popularity remains strong with 57.5 percent of respondents reflecting positively on her performance in an opinion poll conducted by Kyodo News late last month.

Koike's stance on the Tokyo assembly election so far is to support all parties which continue the reform efforts pursued under her leadership, not just Tomin First. 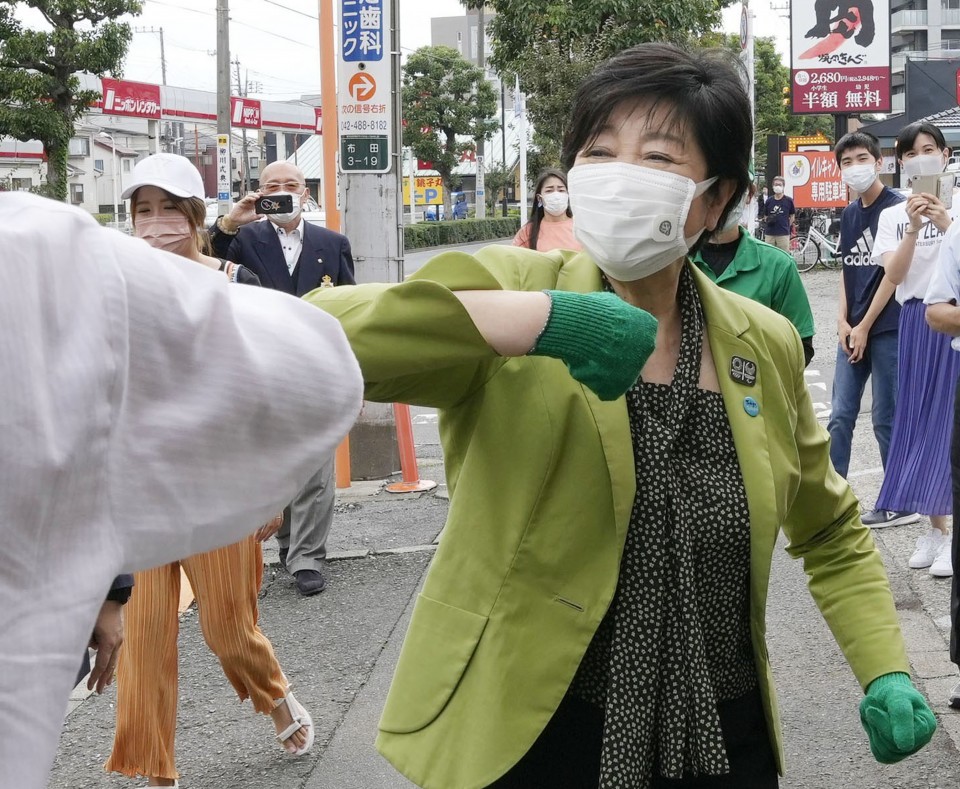 Tokyo Gov. Yuriko Koike shows up in support of a candidate representing Tomin First no Kai, a regional party founded by the governor, in Chofu, western Tokyo, on July 3, 2021, a day before the Tokyo metropolitan assembly election. (Kyodo) ==Kyodo

The poll showed 31.8 percent have decided to vote for the LDP or will most likely do so, while Komeito had the support of 14.1 percent. It found that 12.1 percent favored Tomin First.

But the tide could possibly turn in favor of Tomin First in the wake of Koike's recent hospitalization. The LDP and Komeito are wary that the ever-visible governor's health issue could draw a "sympathy vote."

Koike was hospitalized in late June for over a week due to severe fatigue and had been conducting her duties via teleworking in accordance with her doctor's advice after she was discharged from hospital Wednesday.

On Friday, she went to her office for the first time since her discharge and held a press conference to give an update on her condition and major policies, including the response to COVID-19 and staging the Tokyo Olympics and Paralympics starting later this month.

Major issues in the election include responses to the coronavirus pandemic and how to stage the Olympics at a time when coronavirus infections in Tokyo are again rising after the state of emergency was lifted last month.

While the LDP and Komeito are vowing to pursue a safe and secure games, Tomin First is calling for hosting the event without spectators.

The Japanese Communist Party is demanding that the Tokyo Games be canceled, and the Constitutional Democratic Party of Japan, the main opposition in the Diet, is pushing for another postponement or cancellation.