Returning grand champion Hakuho and promotion-seeking ozeki Terunofuji both survived close calls Wednesday at the Nagoya Grand Sumo Tournament, as the field of wrestlers with unblemished records was pruned to just three.

The high-profile pair advanced to 4-0 along with rank-and-file grappler Tamawashi on Day 4 at Dolphins Arena. 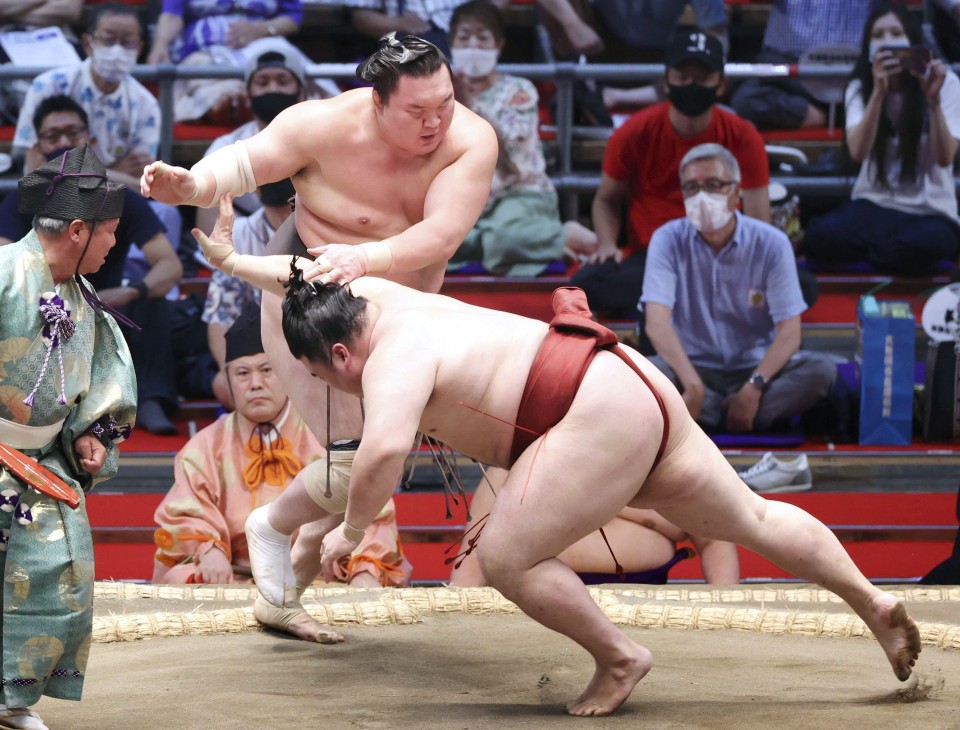 Hakuho, who had knee surgery in March, needed all his agility and survival instincts to deny No. 2 maegashira Takanosho an upset in the day's last bout.

The 36-year-old great had the stronger opening charge, but looked set to be pushed out after Takanosho (0-4) spun him around. While being driven backward across the ring, Hakuho kept his foot just inside the straw as he thrusted Takanosho down.

The winner of a record 44 Emperor's Cups, Hakuho will decide whether or not to retire based on his performance at the 15-day meet, having missed all or part of the previous six tournaments.

Chasing both promotion to yokozuna and a third straight championship, Terunofuji met his toughest challenge of the meet thus far against No. 1 Daieisho.

The maegashira, who claimed his first grand tournament championship in January, opened on the front foot and twice thrusted Terunofuji to the edge of the straw. The big Mongolian ozeki kept his footing both times, however, regrouping to force Daieisho (0-4) off the raised ring.

Ozeki Shodai (2-2) suffered his second straight loss, succumbing to a push-out against new komusubi Wakatakakage (2-2), who appears to have Shodai's number.

The athletic komusubi, who has claimed several higher-ranked victims in recent meets, hit hard from the jump and never eased up in his third consecutive win over Shodai.

Sekiwake Takayasu (2-0-2) slapped down No. 1 Endo (1-3) to earn back-to-back wins after sitting out the first two days with lower back pain. 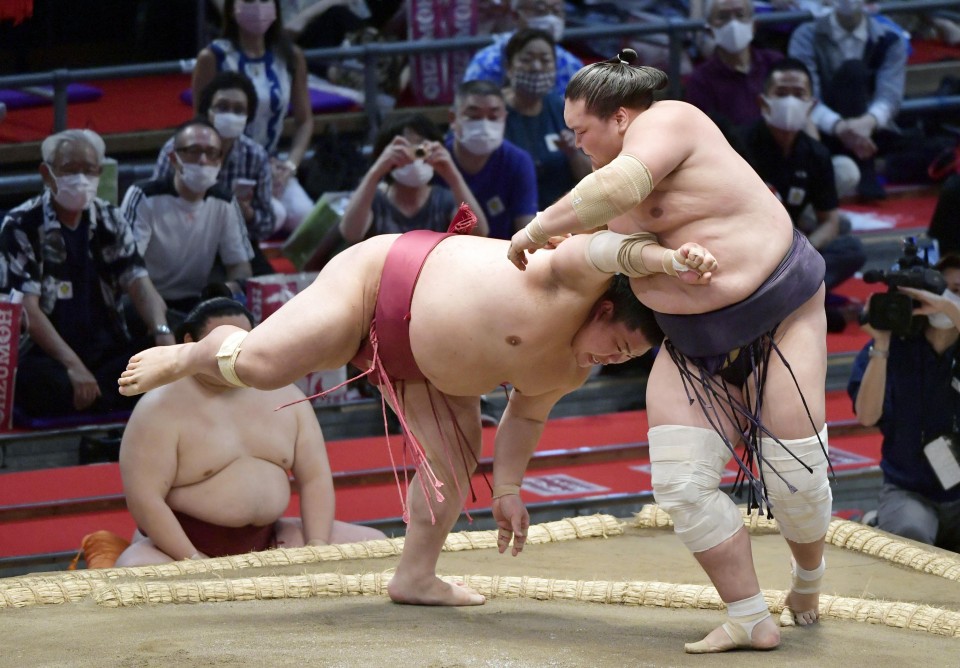 After driving Endo to the edge, the former ozeki succeeded with his second attempt to wrench the maegashira to the clay.

The 31-year-old Takayasu is seeking promotion back to the sport's second-highest rank, but faces an uphill battle following the two absences.

Fellow sekiwake Mitakeumi improved to 3-1 by dominating No. 3 Tobizaru (1-3), pushing him straight back and out from the opening collision.

Komusubi Meisei dropped to 1-3 with a force-out loss to towering No. 2 Ichinojo, who blocked an inside grip attempt and used his roughly 50-kilogram weight advantage to bulldoze his way to the win.

The Nagoya meet is the first grand tournament to be held with spectators outside Tokyo since November 2019.