A footprint fossil of a new species of dinosaur discovered in China last year has been named "Eubrontes nobitai" in tribute to "Nobita," a pivotal character in the popular Japanese cartoon and animation Doraemon. 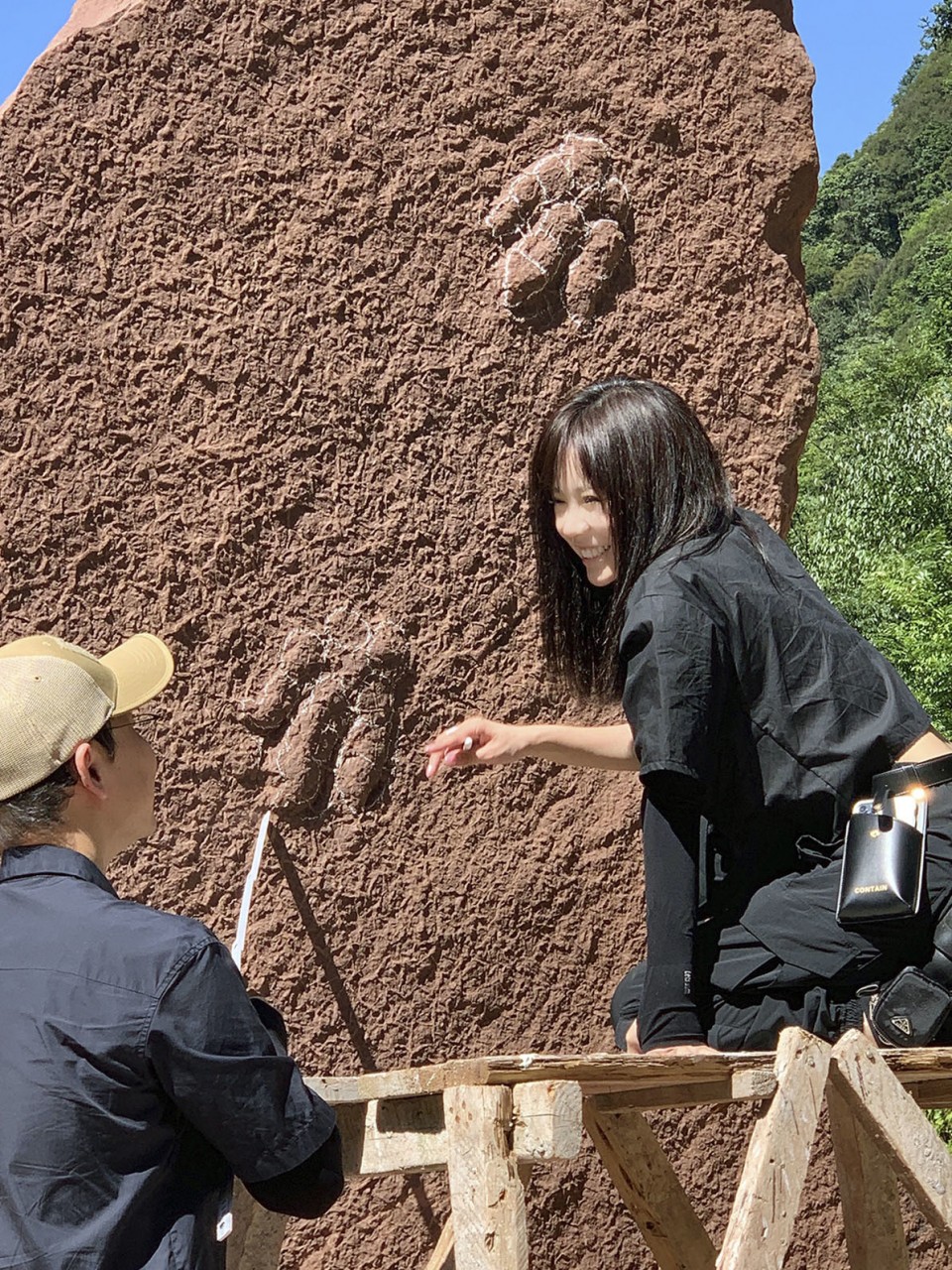 Photo taken in China's southwestern province of Sichuan, in August 2020, shows a footprint fossil of a new species of dinosaur named "Eubrontes nobitai" in tribute to "Nobita," a pivotal character in the popular Japanese cartoon and animation Doraemon. (Photo courtesy of Xing Lida, an associate professor at the China University of Geosciences in Beijing)(Kyodo)

The films, "Nobita's Dinosaur" in 1980 and "Nobita's New Dinosaur" in 2020, have also made "many children come to like dinosaurs," Xing said, adding Doraemon is "one of the common memories of childhood for those who were born in China in the 1980s."

The fossil was found in July 2020 in China's southwestern province of Sichuan. Three chubby digits are closely lined up, and the distance between four footprints is around 50 centimeters.

The length of the sole is about 30 cm, and the body length is estimated to be nearly 4 meters. The fossil has been recognized as being related to a new species of carnivorous dinosaur Eubrontes in the Cretaceous. The treatise was published on Monday.

Xing said he sent replicas of the fossil to the Tokyo National Museum and the production company Fujiko Pro Co. The late Fujiko F. Fujio (1933-1996) was one of the two major Japanese cartoonists who created Doraemon.

One of the replicas is scheduled to be made public at the museum in Tokyo's Ueno district from Nov. 30.