The visit to Etorofu Island, known as Iturup in Russia, also marked the first trip to one of the disputed islets off Japan's northernmost main island by a Russian prime minister since Mishustin's predecessor Dmitry Medvedev's visit in August 2018. 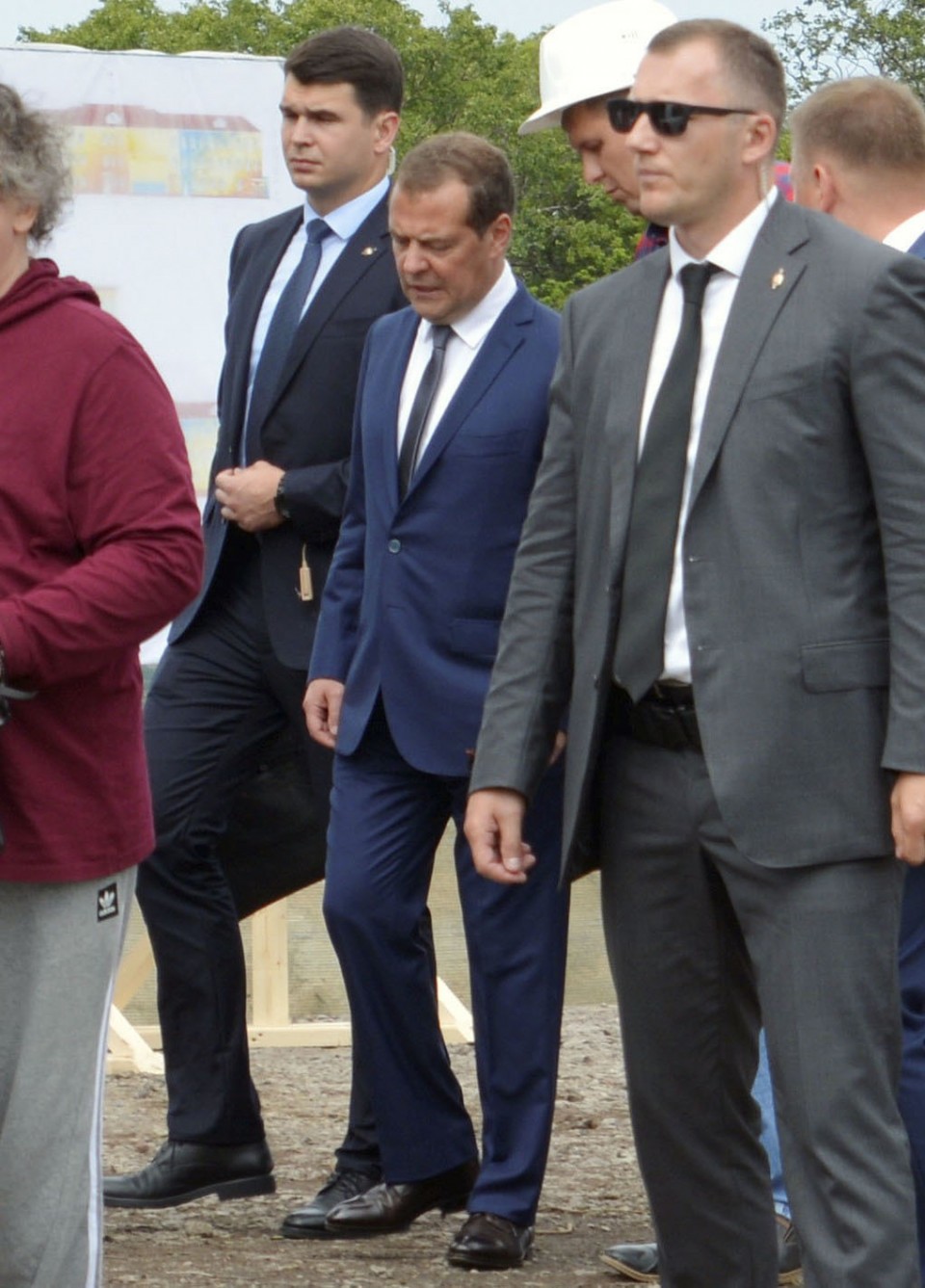 Russian Prime Minister Dmitry Medvedev (C) visits Etorofu Island, one of the four Russia-held islands off Hokkaido that are claimed by Japan, on Aug. 2, 2019. (Kyodo) ==Kyodo

"The protest is unacceptable in light of our basic stance that the islands were handed over legally as a result of World War II," Galuzin told reporters after the meeting.

Galuzin declined to comment when asked what would be the consequence of the visit by Mishustin, the second most powerful figure in Russia after President Vladimir Putin, in terms of future negotiations with Japan.

Chief Cabinet Secretary Katsunobu Kato said at a press conference earlier in the day that Mishustin's trip "conflicts with Japan's consistent position on the Northern Territories and is very regrettable."

Following the protest over Mishustin's trip, Japanese Foreign Minister Toshimitsu Motegi said in a statement that the visit has "hurt the feelings of people in Japan" and "does not contribute to Japan-Russia relations."

Motegi said Japan and Russia during the 2018 summit meeting have reaffirmed carrying out peace treaty talks based on a 1956 joint declaration.

The declaration states two of the four islands -- Shikotan and the Habomai islet group -- will be handed over to Japan following the conclusion of a peace treaty.

The disputed islands known as the Northern Territories in Japan and the Southern Kurils in Russia were seized by the Soviet Union following Japan's surrender in World War II in 1945. Tokyo has long sought the return of the islands, which also include Kunashiri.

Prior to his trip, Tokyo had asked Moscow for the prime minister not to visit the island, Japanese government sources said.

Putin on Friday instructed Mishustin to pay "special attention" to the islands and said the prime minister came up with "a good proposal" regarding joint economic activities on the islands that the two countries aim to implement.

The two countries have agreed to carry out joint projects on the islands in such areas as aquaculture, wind power and waste reduction as a trust-building exercise.

According to Russian news agency Interfax, Mishustin said Monday he has made a proposal about setting up a tariff-free special zone on the Kuril Islands to attract foreign investment and will discuss the plan with Putin upon returning to Moscow.

The long-standing territorial row has prevented the two countries from concluding a postwar peace treaty. Russia wants Japan to recognize that the four islands were legitimately acquired following Tokyo's surrender in the war, while Japan takes the view that the seizure was illegal.

Shortly after taking office in September last year, Prime Minister Yoshihide Suga and Putin agreed in their first teleconference that the two countries will aim to promote territorial negotiations based on the 1956 joint declaration between Japan and the former Soviet Union.

Suga and Putin have yet to meet in person.