Shohei Ohtani hit his MLB-leading 35th homer in the Los Angeles Angels' 6-2 victory over the Minnesota Twins on Sunday, going deep for the first time in five games.

Ohtani hit a solo shot off Danny Coulombe (1-1) in the sixth inning that broke a 2-2 tie, and the Angels added three more runs in the ninth when catcher Max Stassi singled in a run for his third RBI of the game. 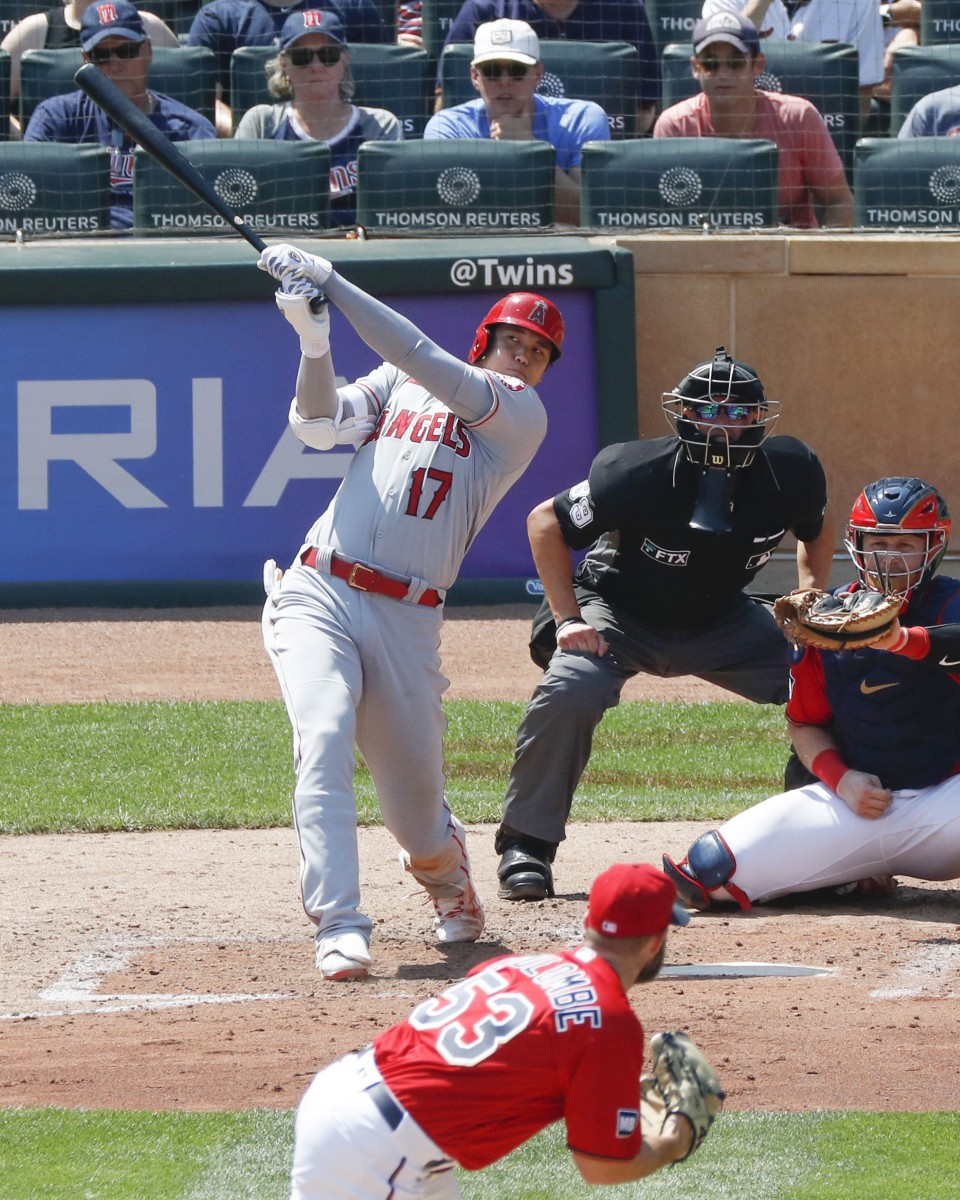 Shohei Ohtani of the Los Angeles Angels hits a home run, his 35th homer of the season, in the sixth inning of a game against the Minnesota Twins in Minnesota on July 25, 2021. (Kyodo)

Ohtani's homer came immediately after Twins rookie Bailey Ober's removal. The 414-foot blast extended Ohtani's major-league lead in the home run race to three ahead of the Toronto Blue Jays' Vladimir Guerrero Jr., and also moved him into a tie for third in RBIs with 75.

Ohtani went 2-for-3 with a home run, a stolen base and an intentional walk at Target Field in Minnesota.

Ohtani's next pitching start will come Monday against the Colorado Rockies at Angel Stadium.

At loanDepot park in Miami, San Diego Padres starter Yu Darvish endured another rough outing and was shelled for four runs over five innings in a 9-3 loss to the Miami Marlins.

Darvish (7-5) took the loss, allowing five hits, including two solo homers, and one walk with six strikeouts in a 93-pitch outing.