Caeleb Dressel of the United States won his third swimming gold medal of the Tokyo Olympics on Saturday and improved his own world record in the men's 100-meter butterfly.

Having won the 100 freestyle and also the 4x100 freestyle relay with his team, Dressel logged 49.45 seconds at the Tokyo Aquatics Centre, finishing 0.23 ahead of Hungary's Kristof Milak and 1.29 faster than Swiss Noe Ponti. 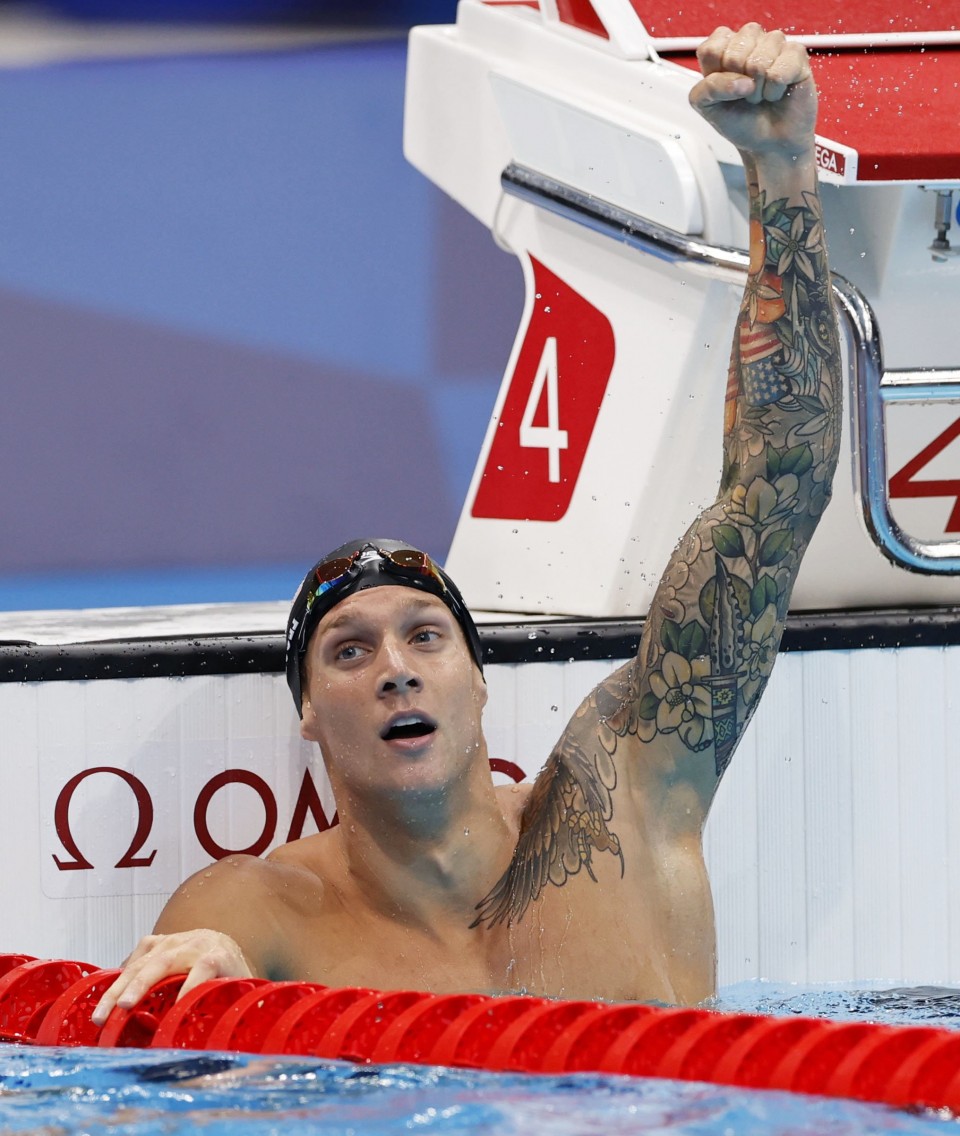 Caeleb Dressel of the United States reacts after winning gold in a world record time in the men's 100-meter butterfly at the Tokyo Olympics on July 31, 2021, at Tokyo Aquatics Centre in the capital. (Kyodo) ==Kyodo

After lowering his 100 butterfly world best by 0.05 second, Dressel could add a fourth gold in Tokyo of the final in the 50 freestyle, to be contested on Sunday.

Australia's Kaylee McKeown claimed her second gold in the women's backstroke after touching in 2:04.68 in the 200, adding to her 100 title. Kylie Masse of Canada won silver, arriving 0.74 behind, and Emily Seebohm of Australia took bronze. 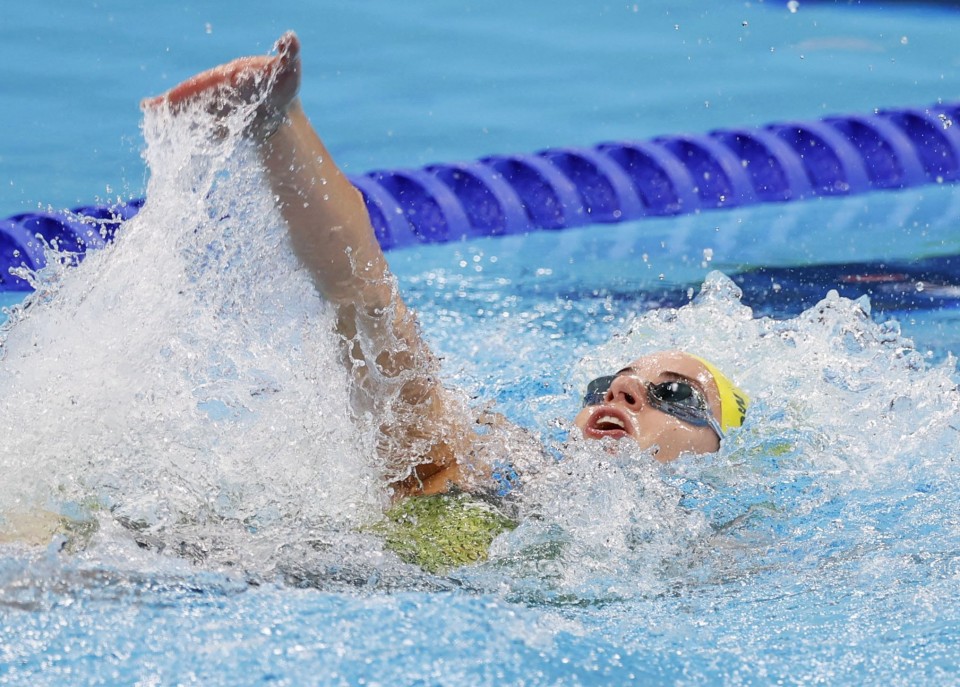 Kaylee Mckeown of Australia competes in the women's 200-meter backstroke final at the Tokyo Olympics on July 31, 2021, at Tokyo Aquatics Centre in the capital. She won gold. (Kyodo) ==Kyodo

American Katie Ledecky, the 1,500 winner here, also won her second gold after clocking 8:12.57 in the women's 800 freestyle. Ariarne Titmus of Australia was 1.26 behind for second and Italian Simona Quadarella came a distant third. 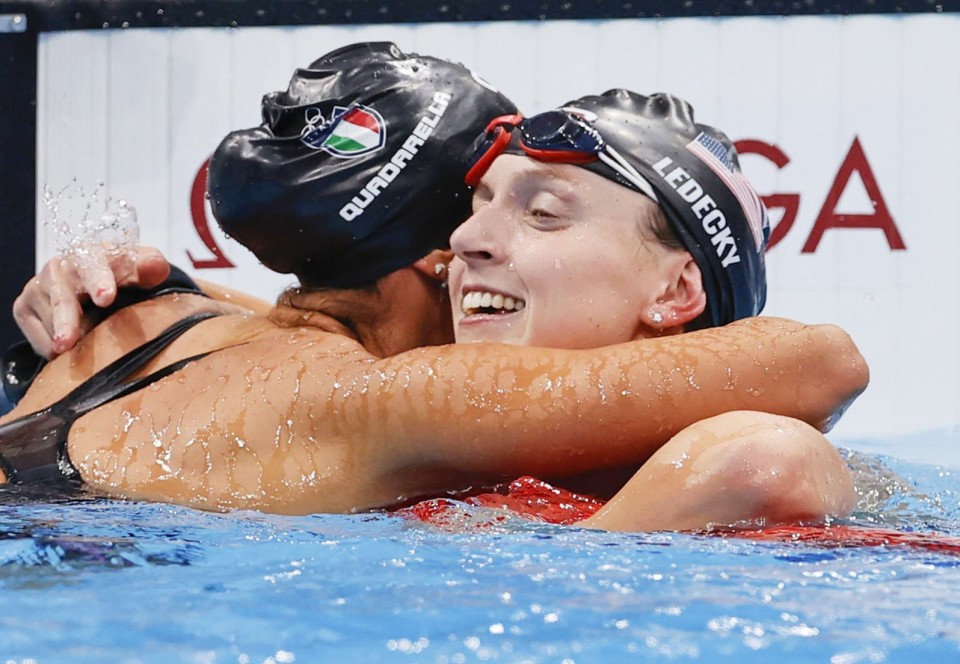 In the mixed 4x100 medley relay, a new discipline at the games, Great Britain won in the world record 3:37.58. China came second and Australia third. The Britons slashed 0.83 second off the world record held by China since September 2020. 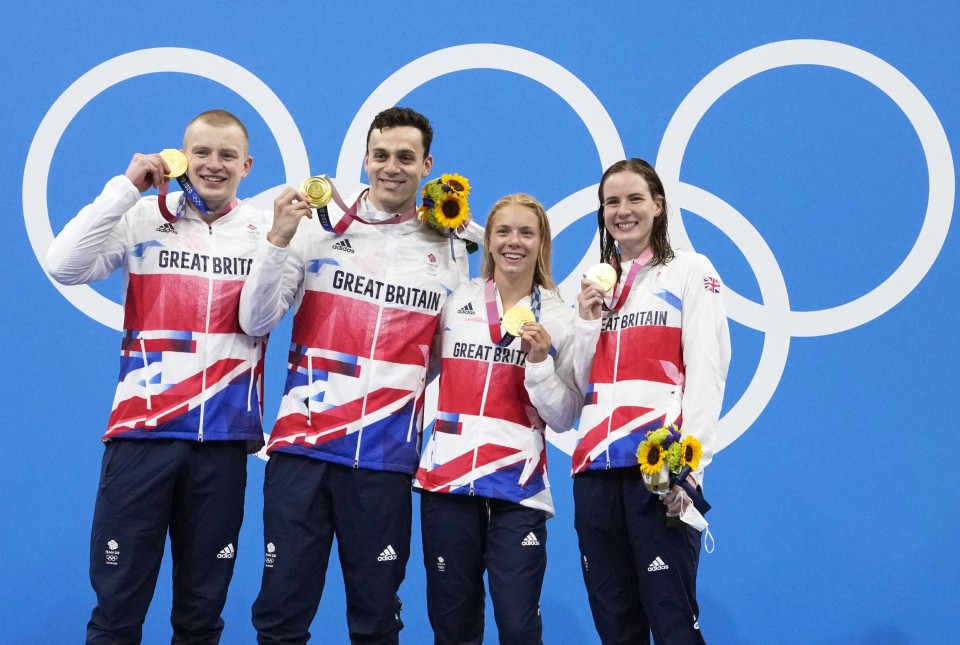 Britain's team members pose with their gold medals after winning in the mixed 4x100-meter medley relay at the Tokyo Olympics on July 31, 2021, at Tokyo Aquatics Centre in the capital. (Kyodo) ==Kyodo