Japanese Prime Minister Yoshihide Suga and Tokyo Gov. Yuriko Koike met Sunday to discuss the Olympics being held in the capital and COVID-19 countermeasures, with Koike saying they agreed the games are going "very smoothly."

In a nearly hourlong meeting at the prime minister's official residence, they agreed to continue preparations for the Paralympics kicking off next month, Koike told reporters. 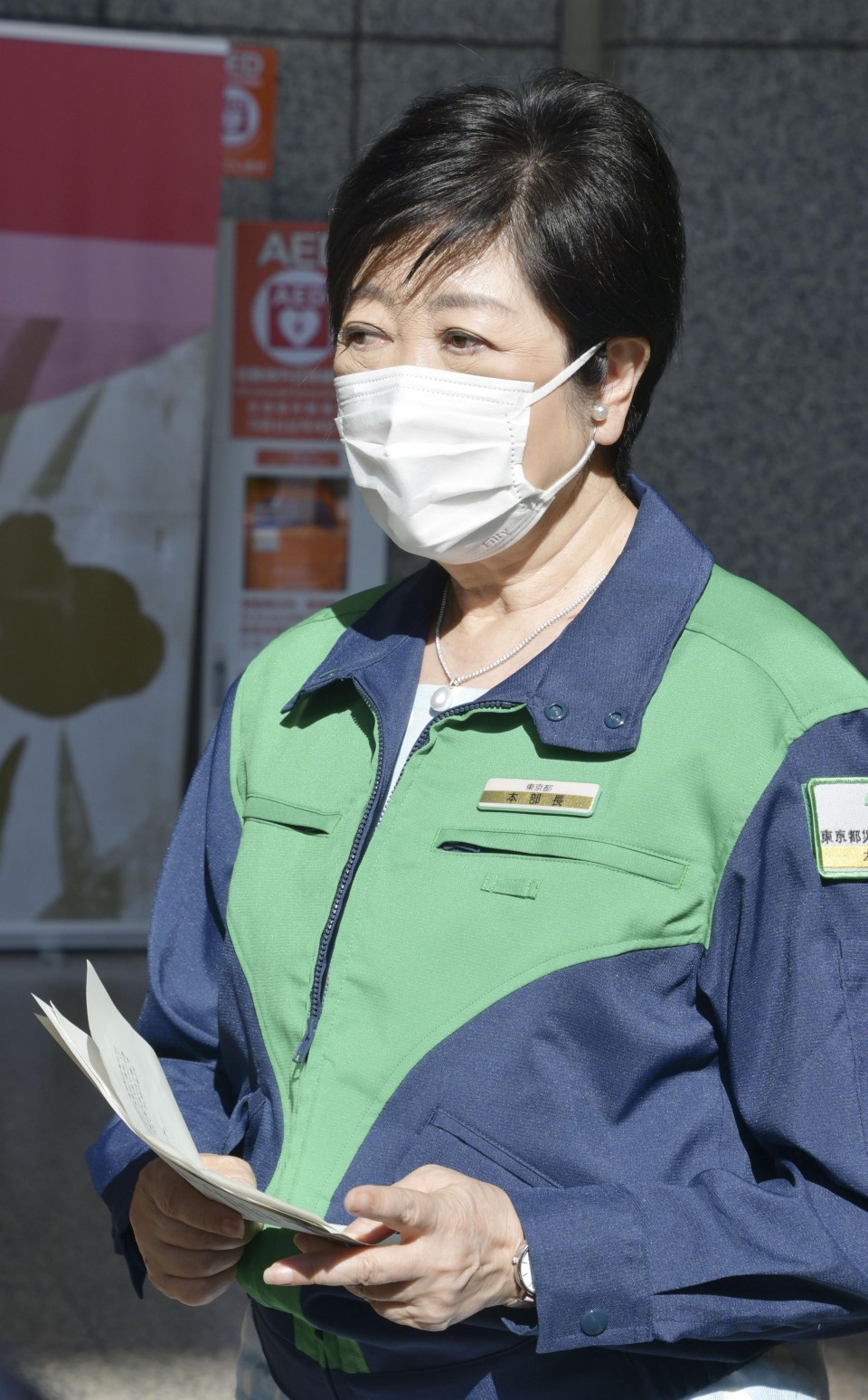 Tokyo Gov. Yuriko Koike speaks to reporters at the metropolitan government headquarters on July 25, 2021, after her meeting with Prime Minister Yoshihide Suga earlier in the day. (Kyodo)

The Olympics began Friday with the opening ceremony at the National Stadium, held without spectators after organizers agreed to ban fans at almost all venues to avoid the spread of infections.

Koike called on residents of Tokyo, which is under its fourth state of emergency, to cheer on athletes at home with family and avoid going out.

The capital reported 1,763 new COVID-19 cases, the most ever for a Sunday when less testing over the weekend usually leads to lower numbers, with the seven-day moving average jumping 36.1 percent from a week earlier.

"More effective steps are necessary" to improve the situation, Koike said, adding that she exchanged views with Suga on "ways to prevent the coronavirus from spreading while resuming social activity."

Hoping the Tokyo Olympics will give him a needed popularity boost heading into a party leadership race and general election this year, Suga has vowed to stage a "safe and secure" games with adequate COVID-19 countermeasures to prevent a fresh surge in infections.

The games organizing committee has reported 132 positive cases since the beginning of this month, including 13 athletes, 40 officials and 66 contractors, but excluding those announced by municipalities hosting pre-Olympic training camps in the country.

Suga on Sunday called judoka Naohisa Takato, who won Japan's first gold of the games the previous day, to praise his "perseverance and strong determination to win," and tweeted congratulations to skateboarder Yuto Horigome, swimmer Yui Ohashi, and sister and brother judokas Uta and Hifumi Abe, who all also took gold.