Former U.S. Vice President Mike Pence on Wednesday called for putting more pressure on China to curb its assertiveness, such as by strengthening ties with Taiwan, warning that the administration of President Joe Biden is signaling "weakness" by reversing some of his predecessor's key policies.

"America cannot afford to stand still in righting our relationship with China. And it is incumbent on the Biden administration to keep up the pressure, pick up the pace and lead America forward," Pence, who held the second highest office for four years through January under Republican President Donald Trump, said during a speech at a conservative think tank in Washington. 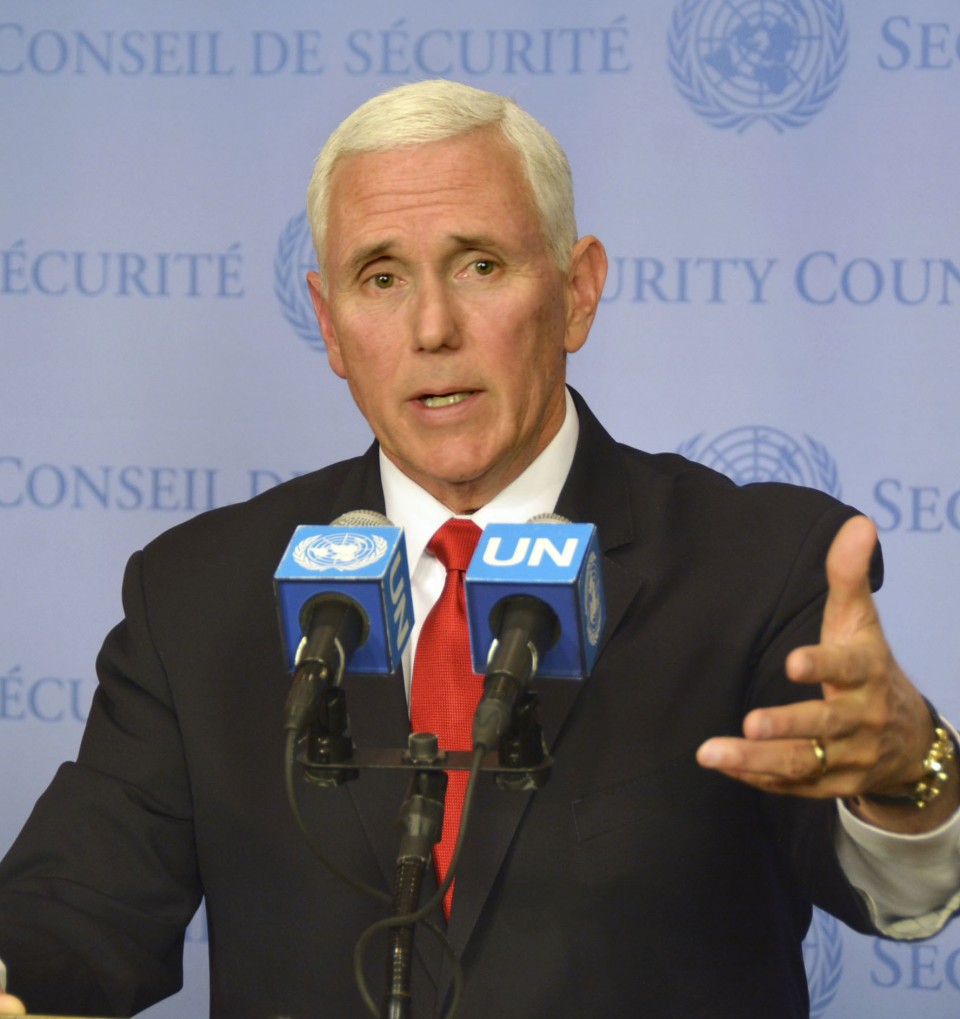 Pence, known as a China hawk, accused the current Democratic administration of "rolling over" for Beijing such as by rejoining the Paris climate accord and the World Health Organization, both of which the Trump administration had exited while criticizing the multilateral efforts as too lenient toward China.

"My sense is that China senses weakness in this new administration," Pence said at the Heritage Foundation, touching on the "brazenly aggressive tone" Beijing displayed in the first face-to-face meetings between senior Biden administration officials and Chinese diplomats in March.

"Americans were literally, in that Alaska meeting, lectured on the shortcomings of our democracy, the foolishness of American values and the so-called superiority of China's authoritarian system," he said.

In Alaska, the top diplomats from the two countries engaged in rare sparring in front of TV cameras over their differing visions for the international order, their respective positions on human rights and democracy issues and other topics.

As for ways to further pressure China, Pence suggested the Biden administration should demand the Asian country "come clean" about the origins of the novel coronavirus amid persistent speculation that the virus may have leaked from a laboratory in China's central city of Wuhan before spreading worldwide.

He also urged the Biden administration to accelerate efforts to decouple the U.S. economy from China in industries deemed essential to national security, while saying now is "the perfect time" to negotiate a trade agreement with Taiwan, a self-ruled democratic island which Beijing wants to bring under its control.

"Engaging with Taiwan encourages other free nations to do likewise, and it promotes stability and peace throughout the region," Pence said.

He also called on the Biden administration to make "a clear and unequivocal demand" that the 2022 Winter Olympics be moved from Beijing unless China "comes clean on the origins of COVID-19 and immediately ends persecution of the Uyghur people."

Calls have been emerging within the United States to initiate some form of Olympic boycott or seek a change in host nations as punishment for China's alleged abuses against the Muslim Uyghur minority in the western Xinjiang region.