Shohei Ohtani dispelled any worries about an All-Star Game hangover Sunday when he went 2-for-3 and belted his major league-leading 34th home run in the Los Angeles Angels' 7-4 loss to the Seattle Mariners.

The two-way superstar -- who took part in the Home Run Derby and All-Star Game earlier in the week -- also drew a pair of walks and showed off his speed with an infield single in the seventh inning at Angel Stadium. 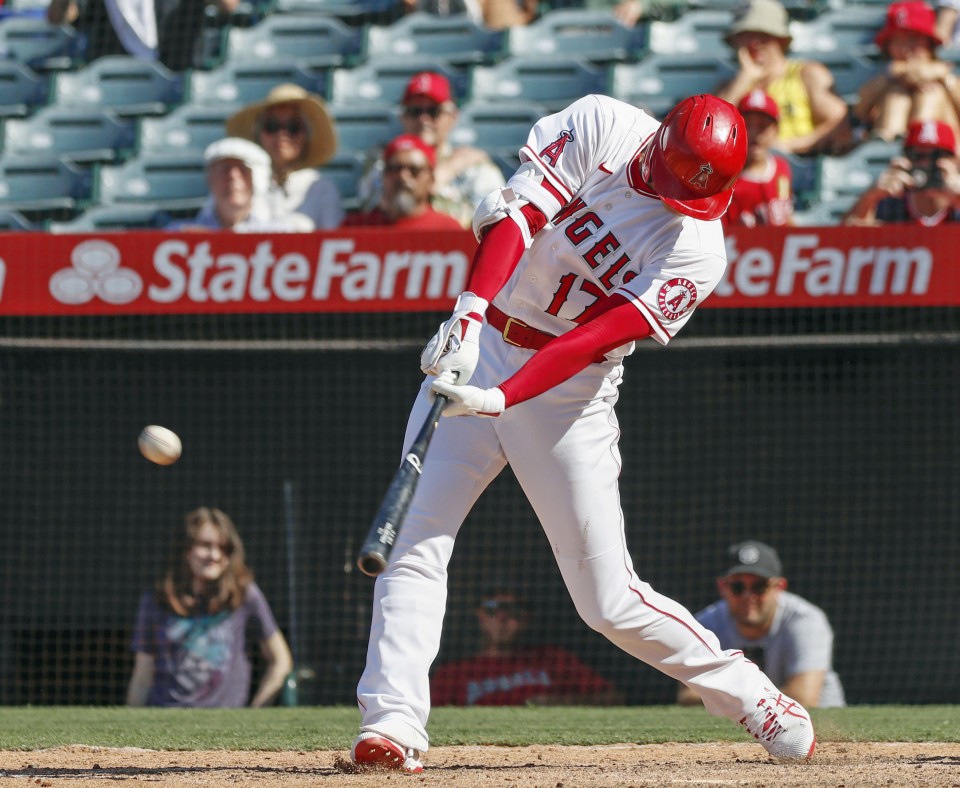 Shohei Ohtani of the Los Angeles Angels hits a two-run homer, his major league-leading 34th home run of the season, in the 9th inning of a game against the Seattle Mariners on July 18, 2021, at Angel Stadium in Anaheim, California. (Kyodo) ==Kyodo

His two-run homer in the bottom of the ninth brought the Angels to within three runs and demonstrated his ability to hit pitches outside the strike zone.

The 3-2 slider from right-hander Paul Sewald came in well below the zone, but Ohtani lifted it a projected 419 feet (128 meters) out to right field, according to Statcast.

The impressive outing was a turnaround for Ohtani, who had gone a combined 1-for-10, with six strikeouts, in his first two games after the All-Star break.

Angels manager Joe Maddon said Ohtani's mechanics, rather than fatigue, were behind the mini-slump.

"He might've been off a bit mechanically -- more in pull-mode -- so that's why I liked that his home run was almost to center," Maddon told MLB.com.

Ohtani is scheduled to make his 14th pitching start on the road Monday against the Oakland Athletics and is also expected to be in the batting lineup. 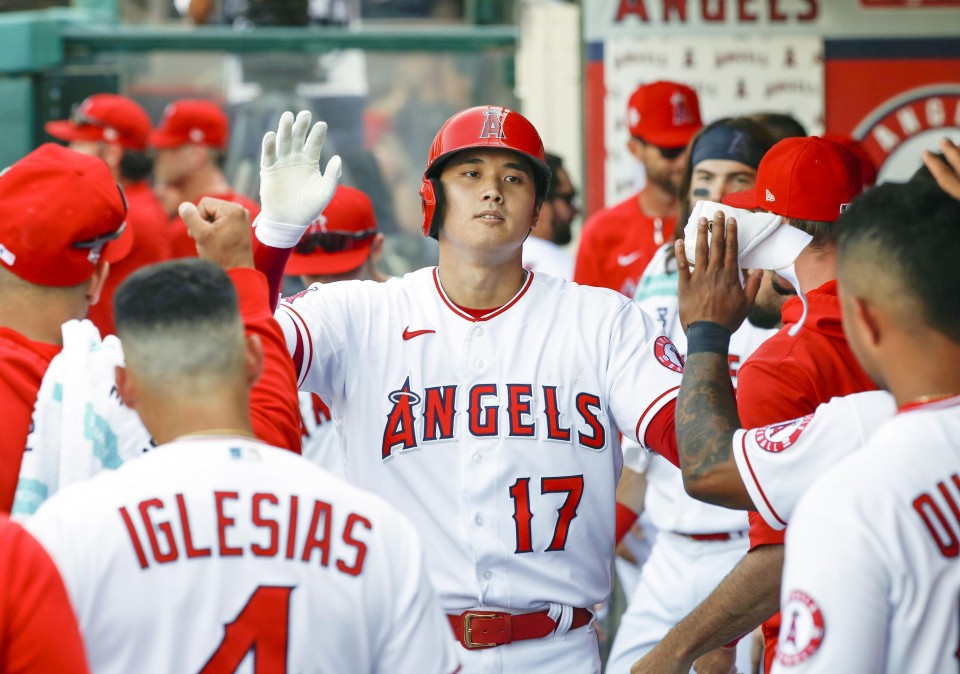 Shohei Ohtani (17) of the Los Angeles Angels celebrates with teammates in the dugout after hitting a two-run homer, his major league-leading 34th home run of the season, in the 9th inning of a game against the Seattle Mariners on July 18, 2021, at Angel Stadium in Anaheim, California. (Kyodo) ==Kyodo