Samurai Japan rallied for three ninth-inning runs to beat the Dominican Republic 4-3 in the opener of the Tokyo Games baseball tournament on Wednesday.

Hayato Sakamoto drove in the game-winning run with a one-out bases-loaded fly single to end the Group A game at Fukushima Azuma Stadium. 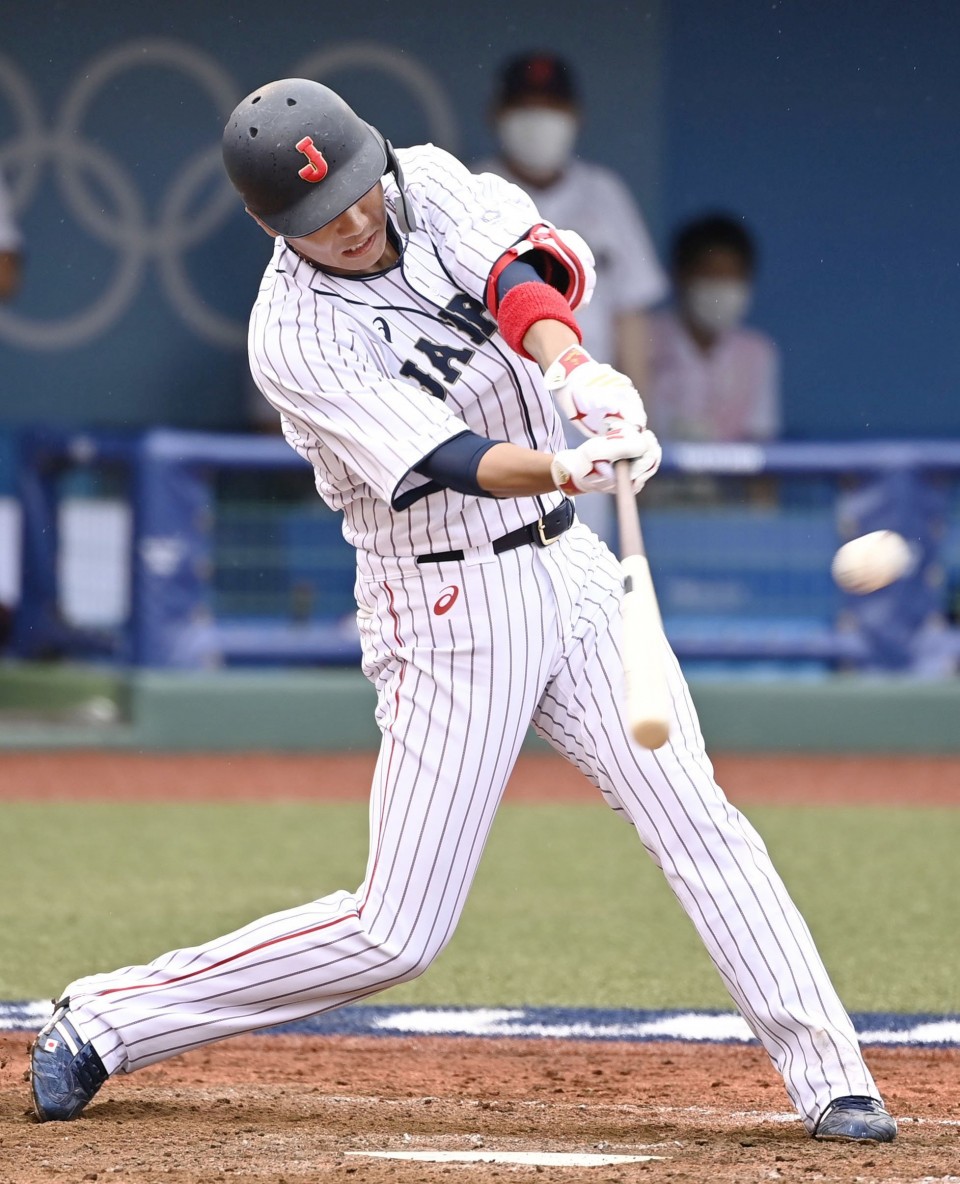 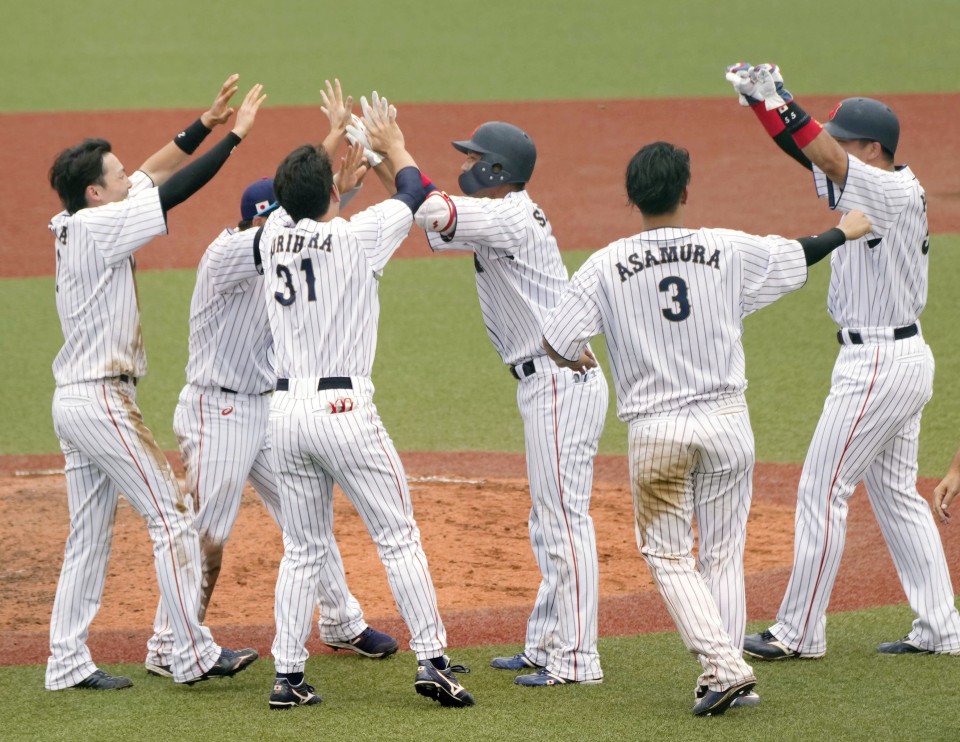 "Most of all, I'm feeling relieved that we could win our first game," Sakamoto said. "I felt the atmosphere at the start was gloomy and kept on like that, but everyone on the bench kept cheering us on."

"Finally, we got a good result because everyone contributed to that textbook rally."

Trailing 3-1 in the final frame, three straight singles brought Japan to within a run, before Takuya Kai squeezed home the tying run. Another single loaded the bases for Sakamoto, and the Yomiuri Giants captain drove a pitch to deep center to end it.

"I was a bit nervous and a little wild, but somehow I was able to pitch carefully enough to prevent them from scoring," Yamamoto said. "It's good that led to our win."

The Dominicans scored twice off Japan's second pitcher, Koyo Aoyagi, in the seventh and added an insurance run in the ninth off rookie Ryoji Kuribayashi, who pitched out of trouble and earned the win.

Juan Francisco, who had a brief tenure in Japan with the Giants in 2015, singled to open the seventh against Aoyagi, who surrendered a one-out single to Erick Mejia before Charlie Valerio doubled both in with two outs.

Japan managed a run off Dominican starter Cristopher Mercedes in the bottom half but wasted opportunities for more. Mercedes, a Giants teammate of Sakamoto, worked six-plus innings. He allowed three hits, struck out seven and walked three.

Mercedes was pulled after Hideto Asamura singled and Yuki Yanagita doubled to open the seventh. Reliever Luis Castillo got out of the jam, allowing just one run to cross the plate on a groundout.

The Dominicans made it 3-1 on ninth-inning doubles by Mejia and Gustavo Nunez against Kuribayashi.

But in the bottom half, three straight one-out singles by Yanagita, pinch-hitter Kensuke Kondoh and Munetaka Murakami made it a one-run game. Kai's bunt tied it and Tetsuto Yamada, who had been thrown out trying to score in the eighth, singled to set the table for Sakamoto. 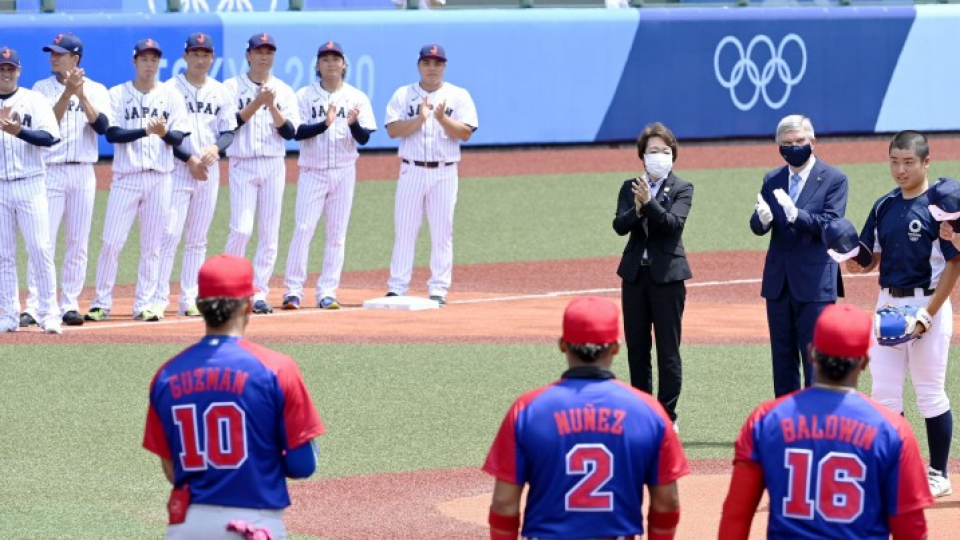