Osaka barely got a foothold in the match, with the world No. 42 breaking the Japanese 23-year-old's serve five times in a 6-1, 6-4 demolition at Ariake Tennis Park.

It was Osaka's third match in three days and came after she lit the Olympic cauldron at the games opening ceremony on Friday. 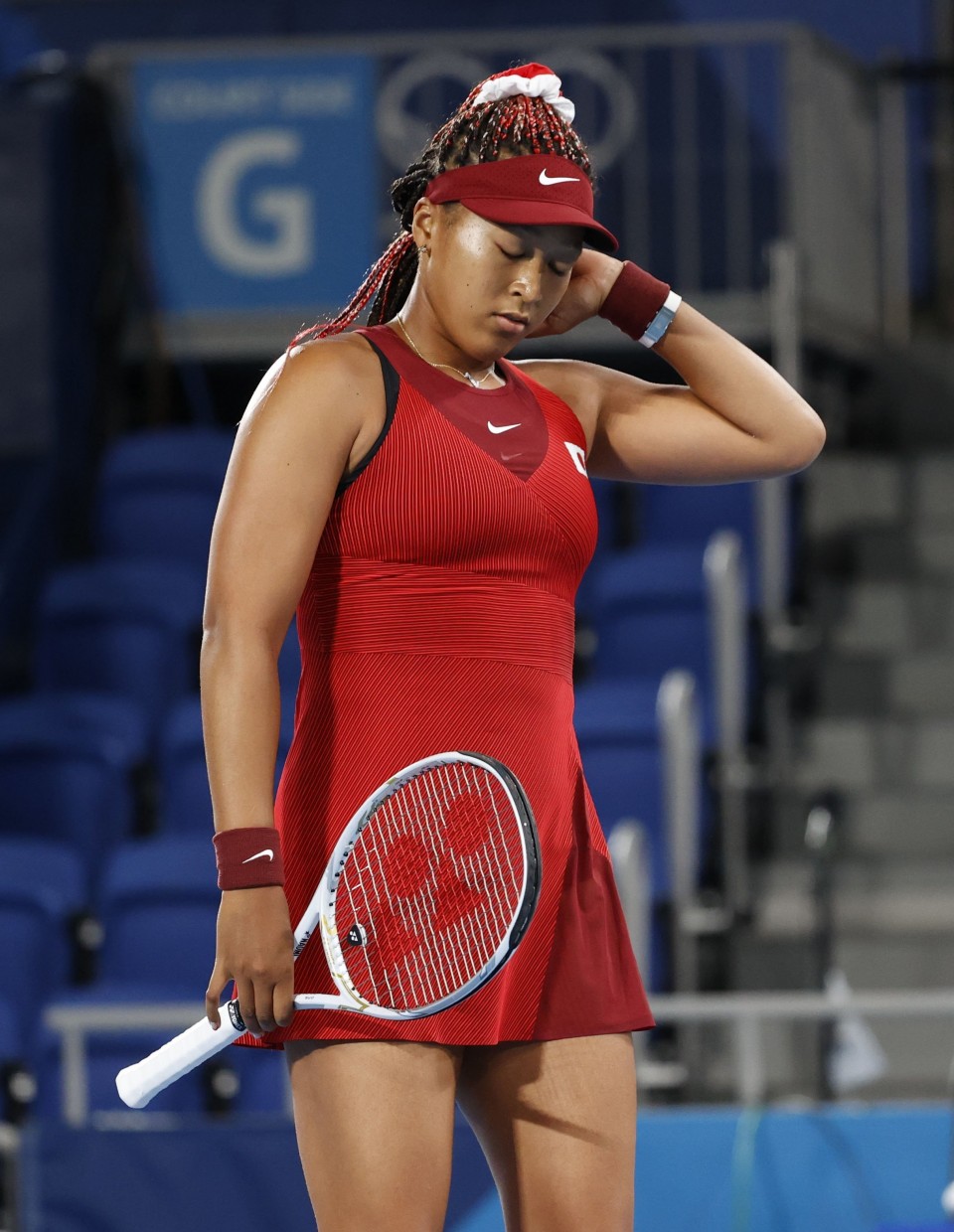 Japan's Naomi Osaka reacts after losing a point to Marketa Vondrousova of the Czech Republic in the third round of the Tokyo Olympic women's singles tournament at Ariake Tennis Park on July 27, 2021. (Kyodo) ==Kyodo

When asked to pinpoint where the game got away from her, Osaka was blunt.

"Everything (went wrong). If you watch the match then you would probably see. I feel like there are a lot of things that I counted on that I couldn't rely on today," she reflected.

Osaka racked up 32 unforced errors across the two sets to the Czech's 10, spraying the ball all over the court and looking generally disengaged in the match.

"How disappointed am I? I mean, I'm disappointed in every loss, but I feel like this one sucks more than the others," Osaka said.

The home nation favorite went down 4-0 in the first set, then held in the fifth game to get on the board before folding by dropping her serve again in the seventh game.

The second set was more competitive, but when the pressure was on Osaka again wilted. She broke the Czech in the first game but could not hold the advantage, dropping serve two more times on the way out of the tournament.

Vondrousova, the runner-up at the French Open two years ago and facing Osaka for the first time, used timely drop shots to great effect and claimed she never doubted her chance to win, despite the gulf in the women's respective rankings.

"Of course it's one of the biggest (wins of my career). Naomi is a great player, she has so many grand slams, so I knew it would be a tough match," she said.

"I'm just very happy with my play. I played amazingly in the first set, and then the second set was really tough. I'm just happy to be through."

"I believe in myself the second I step on the court. I think that's the main key."

The Japanese served reasonably well -- landing 64 percent of her first serves -- but she was ineffective on her second serve, winning just eight of 24 points.

Vondrousova earned 11 break-point chances in the match and converted five, whereas the four-time Grand Slam champion could only break once in five attempts.

In the men's field, Kei Nishikori emerged from the second round after beating Marcos Giron of the United States 7-6(5), 3-6, 6-1, continuing his Olympic campaign that started with a straight-sets, first-round win over fifth seed Andrey Rublev of the Russian Olympic Committee.

Nishikori, ranked 69th in the world, grabbed the first set by the scruff of the neck in a tie-break but dropped his opening service game in the second. The 65th-ranked Giron then broke again to claim the set and draw even.

The Japanese star had the legs in the final set, however, claiming the 2-hour, 18-minute encounter by breaking three times. 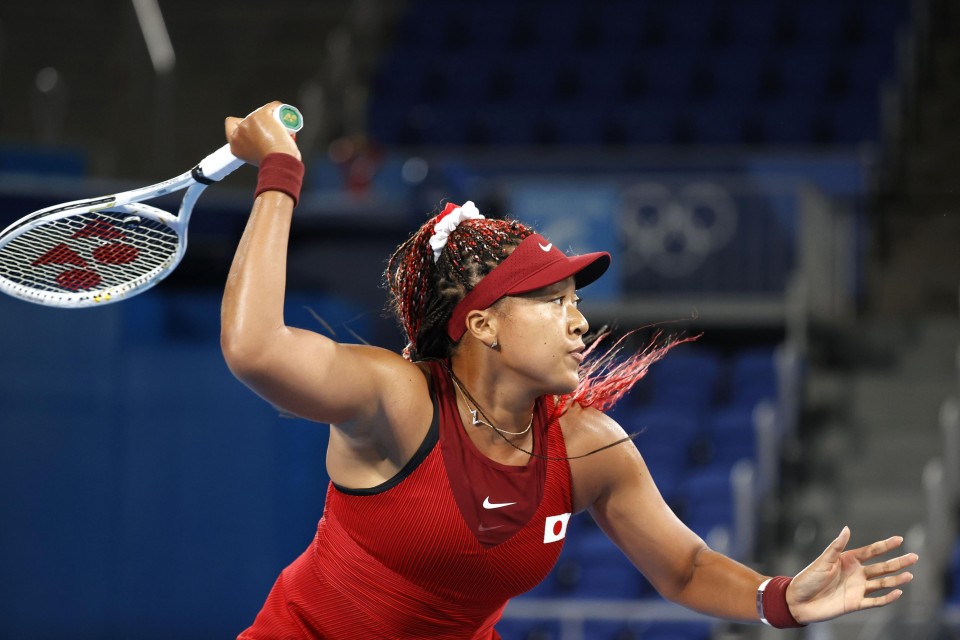