Tokyo to host Olympics under COVID-19 state of emergency

The Japanese government plans to declare another COVID-19 state of emergency in Tokyo until Aug. 22, a period covering the duration of the Olympics, to combat a recent surge in infections, sources with knowledge of the plan said Wednesday.

The decision is certain to affect an impending decision by games organizers regarding how many spectators to allow in the stands, with a senior government official saying venues in the capital will likely remain empty. Some venues of the games are located outside Tokyo.

The Tokyo metropolitan government reported 920 new coronavirus cases on Wednesday, the most since mid-May at the peak of Japan's fourth wave of infections and topping the figure from a week earlier for the 18th straight day. 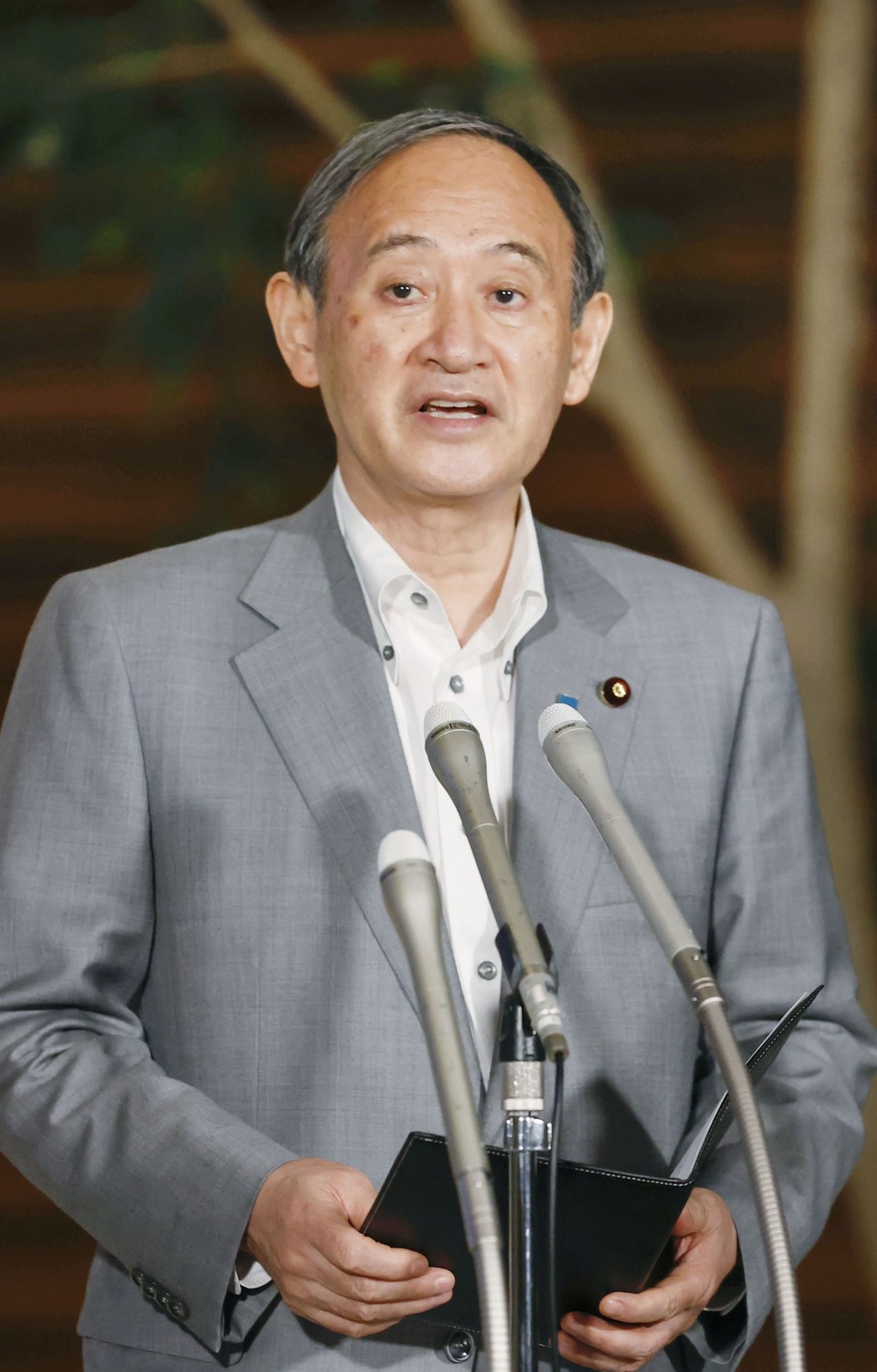 Prime Minister Yoshihide Suga said he will decide Thursday what to do regarding a quasi-state of emergency that is set to expire Sunday in 10 prefectures including Tokyo and Osaka, as well as the state of emergency in place in Okinawa.

"Infections in Tokyo are trending upward, and we will take every necessary measure to curb the spread of the coronavirus," he told reporters after meeting with members of his Cabinet including health minister Norihisa Tamura and Yasutoshi Nishimura, the minister in charge of the COVID-19 response.

The state of emergency would be Tokyo's fourth since the start of the pandemic early last year, with the Japanese government mulling reviving a ban on restaurants serving alcohol, according to the sources, who spoke on condition of anonymity.

Tokyo Gov. Yuriko Koike called the situation in the capital "extremely severe" and vowed to take steps to ensure the games are held safely.

Suga initially planned to extend the existing restrictions in the capital and neighboring Chiba, Saitama and Kanagawa prefectures to curb infections, sources have said.

But the plan was deemed insufficient to battle the current surge in COVID-19, which infectious disease experts warn may only worsen during the summer holiday season as well as the Olympics, from July 23 to Aug. 8, and Paralympics, from Aug. 24 to Sept. 5.

The development is yet another blow to Suga, who is facing criticism for his pandemic response ahead of a general election to be held by the fall.

Meanwhile, the quasi-state of emergency in the remaining five prefectures -- Hokkaido, Aichi, Kyoto, Hyogo and Fukuoka -- is expected to be lifted.

Declaring another state of emergency in Tokyo would require the organizers of the Olympics, including the Tokyo metropolitan government, the Japanese organizing committee and the International Olympic Committee, to set a new cap on the number of spectators.

The organizers previously agreed to allow up to 10,000 people or 50 percent of a venue's capacity, whichever is fewer, on condition that the situation improved sufficiently to lift the quasi-state of emergency.

In a parliamentary hearing, Suga's top COVID-19 adviser, Shigeru Omi, expressed concern that the medical system could be strained if infections continue at the current pace and reiterated it would be "desirable" to have no spectators at the games and that staff in attendance should be kept to a minimum.

A ban on spectators at Olympic events held in Tokyo would presumably not apply to those in other prefectures, including surfing in Chiba and marathons in Hokkaido. One source, however, said the decision could ultimately be up to governors.

The leader of the main opposition Constitutional Democratic Party of Japan, Yukio Edano, also urged the Japanese government to prohibit fans at venues and argued that senior Olympic officials and sponsors should be barred as well.

Suga has vowed to stage a "safe and secure" Summer Games as a symbol of humankind defeating COVID-19, promising to do so at a Group of Seven summit last month.

But Edano said it is not too late to further postpone the Olympics, originally scheduled to be held last year, or cancel them outright.

Coronavirus cases in Osaka have fallen significantly, but the pace of decline has stalled in recent weeks, with prefectural officials voicing worries over the highly contagious Delta variant of the coronavirus first detected in India and a rise of infections among people in their 20s and 30s.

Restrictions including asking restaurants to stop serving alcohol by 7 p.m. and close by 8 p.m. should remain in place until the end of July when most elderly citizens will have been fully vaccinated, he said. 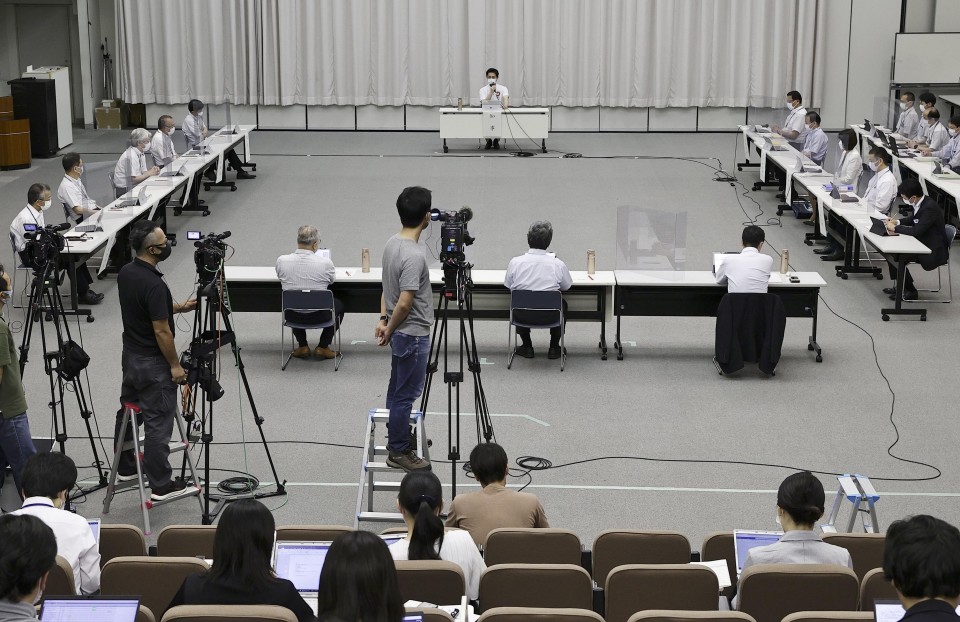 Osaka Gov. Hirofumi Yoshimura (C back) attends a meeting of the prefecture's coronavirus task force in Osaka on July 7, 2021. (Kyodo)