Japan were knocked out in the last eight in the Tokyo Olympics women's football tournament on Friday in a 3-1 loss to Sweden, their dream of a first Olympic title on home soil shattered despite a promising showing against the 2016 runners-up. 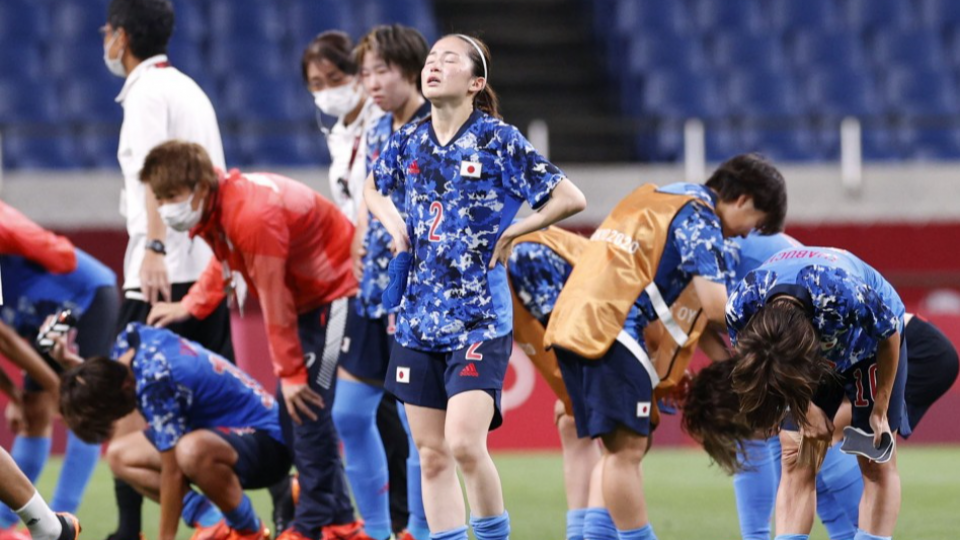 But Stina Blackstenius' 53rd-minute strike and Kosovare Asllani's penalty proved too much for the hosts in the second half at an empty Saitama Stadium as the hosts bowed out again struggling to find the net, ending the campaign with three goals from four games.

"We had good moments but Sweden were a good team, and we weren't good enough," said manager Asako Takakura, who took over after Japan failed to qualify for the Rio de Janeiro Games.

"The fact is we lost and we need to find something more than the weapons we already have."

While Japan scraped out of Group E in third place with a narrow 1-0 win over Chile in their final game, Sweden won all three of their Group G games, including a 3-0 opening win over the top-ranked United States, and the game's early stages reflected their results up to that point. 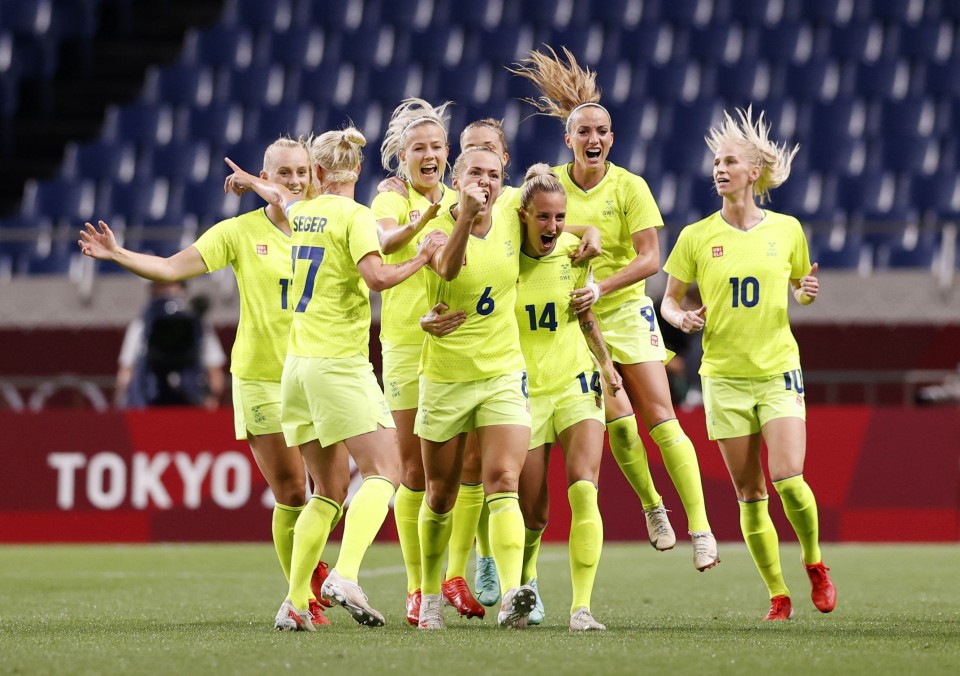 Magdalena Eriksson (6) celebrates with teammates after opening the scoring for Sweden against Japan during the first half of their women's football quarterfinal at the Tokyo Olympics on July 30, 2021, at Saitama Stadium near Tokyo. (Kyodo)==Kyodo

Sofia Jakobsson skewed wide with just the keeper to beat only two minutes in after racing clear and Sweden proceeded to swamp Japan's backline before their seventh-minute opener.

Eriksson headed home after Filippa Angeldal's cross from the left found the defender unmarked, while Takaura's team took time to get their foothold in the game as Mana Iwabuchi finally had Japan's first effort from distance in the 16th minute.

But Japan eventually began to find their rhythm with Emi Nakajima and Narumi Miura spreading their passes from midfield and leveled through a superb counter in the 23rd minute.

Risa Shimizu played a first-time ball down the right for Yui Hasegawa, who sent a pinpoint cross between the Swedish defense and the keeper for Tanaka to tap home.

Japan almost had a chance to turn the game around at the half-hour mark when Tanaka was blocked inside the area as she went for a through ball, but the referee overturned her initial call for a penalty after a VAR check.

Although the hosts had the most possession soon after the break, Sweden scored with their first chance of the half as Blackstenius beat the offside line down the left and steered home from a tight angle in the 53rd minute.

Tanaka's close-range effort on the turn was denied superbly by the Swedish keeper Hedvig Lindahl four minutes later and Asllani's 68th-minute penalty following a Miura handball, awarded by the VAR, left Japan with too big a mountain to climb.

"There hasn't been a single easy game from the beginning of the group stage and we had a tough campaign, but we threw everything we could into today's game," captain Saki Kumagai said.

"I believe many people watched us play with the games being played in Japan. We wanted to go much further and inspire those aiming to play for Nadeshiko Japan, so I'm thoroughly disappointed. But I'm really grateful that the games were held under these circumstances."