Ueno, Japan's 39-year-old ace, worked six scoreless innings with one inning of relief help from lefty Miu Goto in the sixth as Japan defended the title it won in 2008 -- the last time softball was played in the Olympics.

"This is different from the previous gold medal. Playing on home soil came with a huge amount of pressure," said Ueno, also the winning pitcher in the 2008 final. "I went through a lot over the past 13 years to be able to take the mound here. And with that in mind, I wanted to stay out there as long as I possibly could."

In a game filled with spectacular defense by both teams, Yamato Fujita singled and scored in the fourth to put Japan up 1-0, and singled in Japan's second run in the fifth at Yokohama Baseball Stadium.

Ueno, who started and won the 2008 Beijing final, made way for Goto with no outs and a runner on in the sixth. The lefty, who had been rock solid in four previous games, struggled.

She allowed a one-out single but survived the jam thanks to a miraculous double play -- a liner that deflected off third baseman Yu Yamamoto before shortstop Mana Atsumi caught it and doubled the runner off second base.

"I was on edge, because I was too excited," said the 20-year-old Goto. "The atmosphere was different from my previous four games. I was really nervous in my first game, and tonight I was even more so."

But after Japan failed to score in the seventh, Ueno returned to pitch the final inning and close it out. 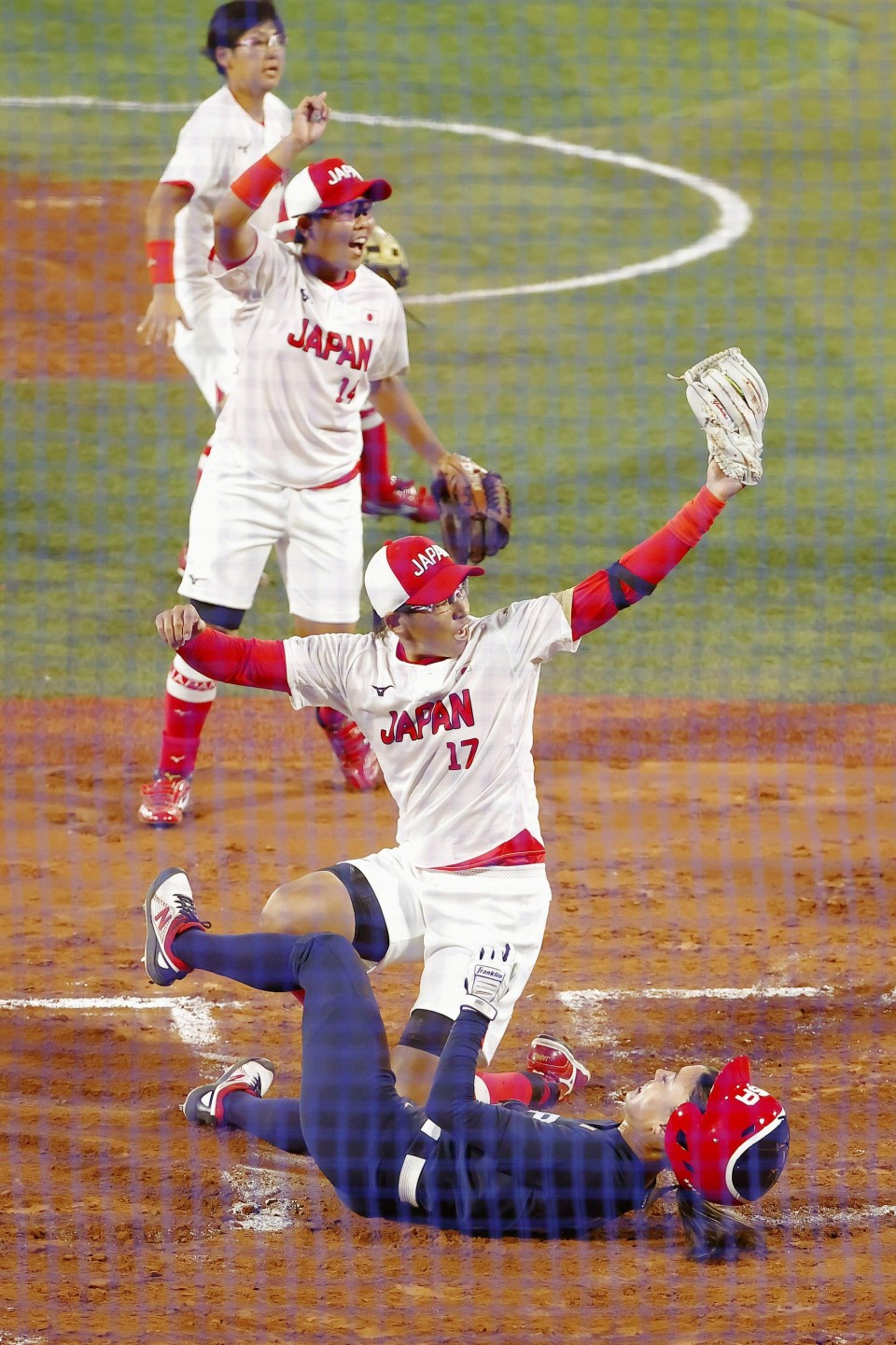 "Goto looked pale and at the end of her rope but still doing her best, and that inspired me to think I could finish (in the final inning). Thanks to her, I could go back out and execute until the end," Ueno said.

Cat Osterman, the starter in Beijing 13 years earlier, again opened for the U.S. but only lasted two innings. Japan scratched out a run against right-hander Ally Carda, who allowed two runs in 2-2/3 innings. Monica Abbott, who like Carda pitches in Japan's softball league, worked the final 2-1/3 innings.

Softball was dropped from the Olympic program after Beijing, but added to the Tokyo games at the request of the local organizing committee.

The Americans, the reigning world champions, entered the final having beaten Japan 2-1 on Monday to remain undefeated in the tournament.

Earlier in the day, Canada won the bronze medal match 3-2 over Mexico.