South Korean and Japanese senior diplomats held a meeting on Tuesday in which Seoul again protested over a sexually explicit expression made about President Moon Jae In by Tokyo's deputy chief of mission in the country, the Foreign Ministry said Tuesday.

The ministry, in a statement, said First Vice Foreign Minister Choi Jong Gun, in talks with his Japanese counterpart Takeo Mori, "lodged a protest over inappropriate and rude comments made by the high-ranking official at the Japanese Embassy in South Korea, asking Japan to take an immediate action on it." 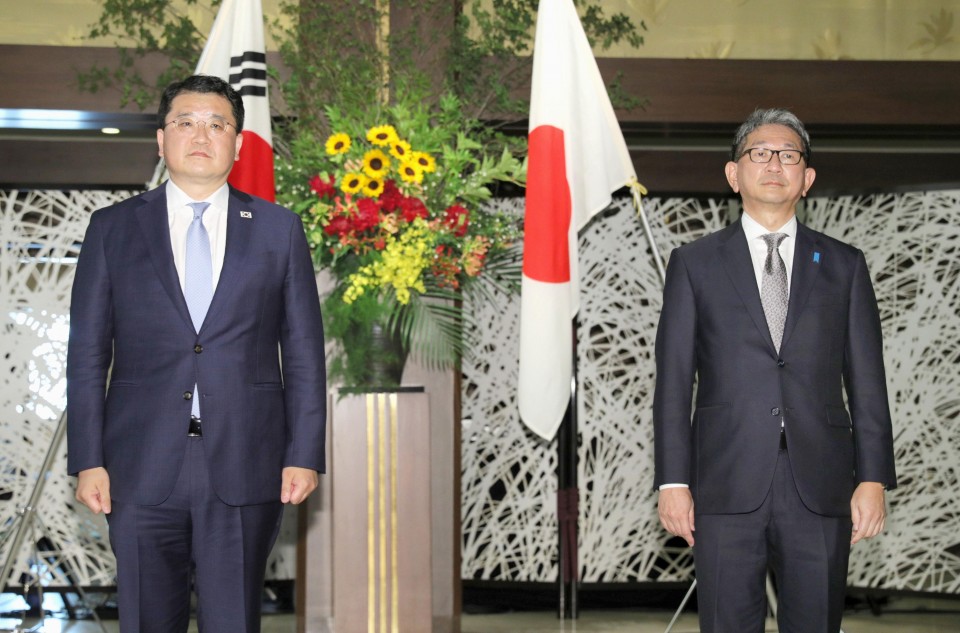 The remark has angered Seoul and the president has decided not to visit Japan for the opening ceremony of the Tokyo Olympics on Friday.

Choi and Mori also exchanged thoughts over history issues as well, according to the ministry.

The South Korean diplomat also said he hopes Japan would approach history issues with an open point of view based on a "correct" perspective on history.

Bilateral relations remain rocky due to disputes stemming from Japan's colonial rule of the Korean Peninsula between 1910 and 1945, including compensation for women coerced into working in military brothels and former wartime laborers.

Japan maintains all issues concerning properties and claims related to its colonial rule were settled under a bilateral agreement signed when the countries established diplomatic relations in 1965.