The Liberal Democratic Party and the Komeito party failed to win a combined majority in Sunday's Tokyo metropolitan assembly election, dealing a blow to Prime Minister Yoshihide Suga and his LDP-Komeito coalition in national politics as they gear up for a general election slated for the fall.

The result was likely attributed to voter dissatisfaction with Suga's response to the coronavirus pandemic and his stance on the Tokyo Olympics and Paralympics. 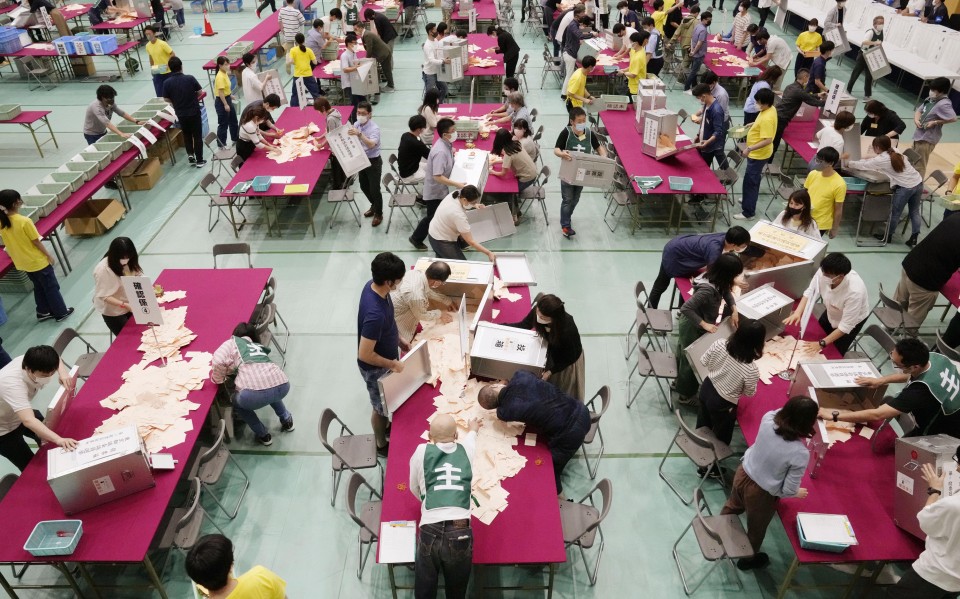 Officials count votes for the Tokyo assembly election after polling stations closed in the evening on July 4, 2021. (Kyodo)

The LDP won 33 seats in the 127-seat assembly, up from the pre-election level of 25, displacing Tomin First no Kai, a regional party founded by Tokyo Gov. Yuriko Koike, as the leading force. Tomin translates to Tokyoites.

The number of seats held by the regional party fell to 31 from 46. However, the margin of decline was smaller than expected.

The Constitutional Democratic Party of Japan, the main opposition in parliament, jumped to 15 seats from its pre-election level of 7, and the Japanese Communist Party added a seat, taking its total to 19. 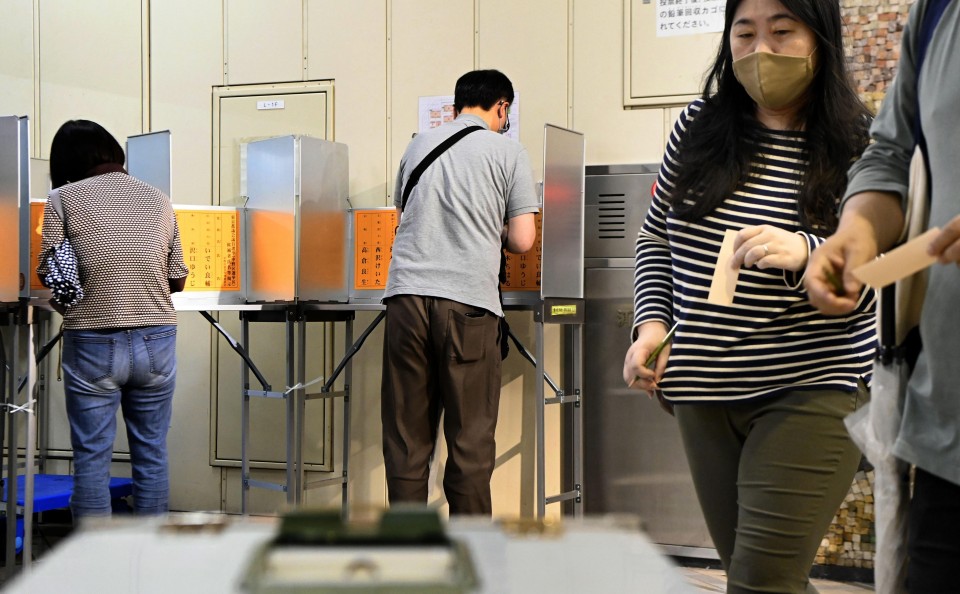 Voters cast their ballots for the Tokyo metropolitan assembly election at a polling station in Nakano Ward on July 4, 2021. The outcome of the election is seen as possibly affecting the House of Representatives election to be held by this fall. (Kyodo) ==Kyodo

While the LDP and Komeito vowed to pursue a safe and secure Summer Games, Tomin First called for hosting the event without spectators.

COVID-19 infections in Tokyo are once again on the rise after the state of emergency was lifted last month.

The JCP demanded that the Tokyo Games be canceled, and the CDPJ pushed for another postponement or cancellation while criticizing the Suga administration's response to the pandemic.

The JCP and the CDPJ had coordinated in fielding their candidates in some constituencies in the Tokyo poll as they eye possible cooperation in the upcoming national election for the House of Representatives, the powerful lower chamber of parliament. 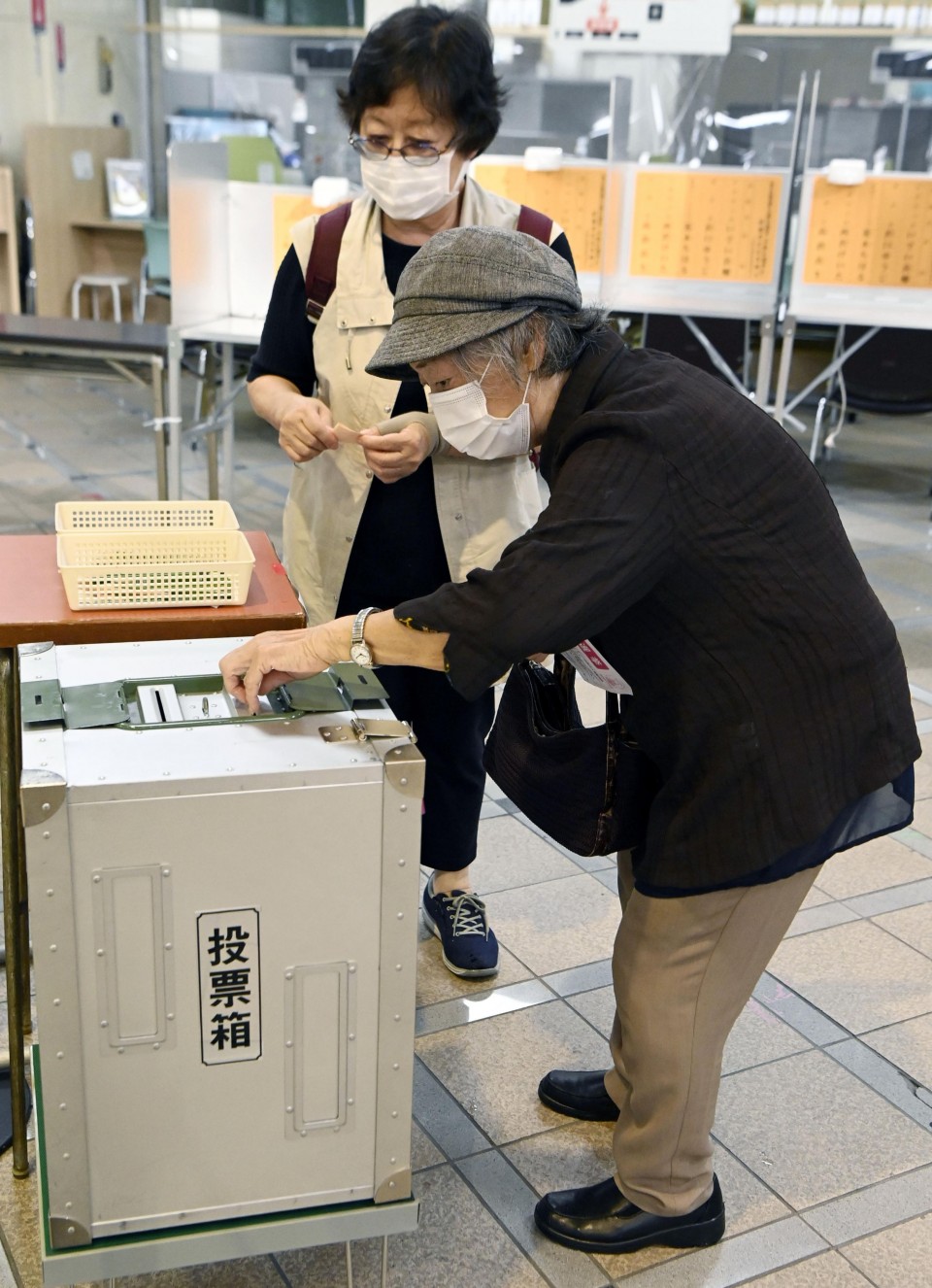 Voters cast their ballots for the Tokyo metropolitan assembly election at a polling station on July 4, 2021. (Kyodo)

On Sunday, a record 38 women candidates were elected to the assembly, up from 37 in the last election.

Despite the result, Taimei Yamaguchi, the LDP's election strategy chief, voiced determination that the LDP and Komeito will win "at least a majority" in the lower house election that, according to him, is likely to focus on the government's COVID-19 response and handling of the economy.

For Tomin First, comprised of many young members who have not established strong footholds in the capital yet, full-fledged support of Koike was mandatory to win out the regional assembly election with some 11 million eligible voters.

Koike, who currently serves as special adviser to the regional party, was hospitalized due to severe fatigue for over a week in late June and was unable to get out and stump for the party during the campaign.

Opinion polls had indicated Tomin First was likely to lose big in the election because Koike had not clearly shown her support for the party.

Koike said her stance in the assembly election was to support parties that continue the reform efforts pursued under her leadership. 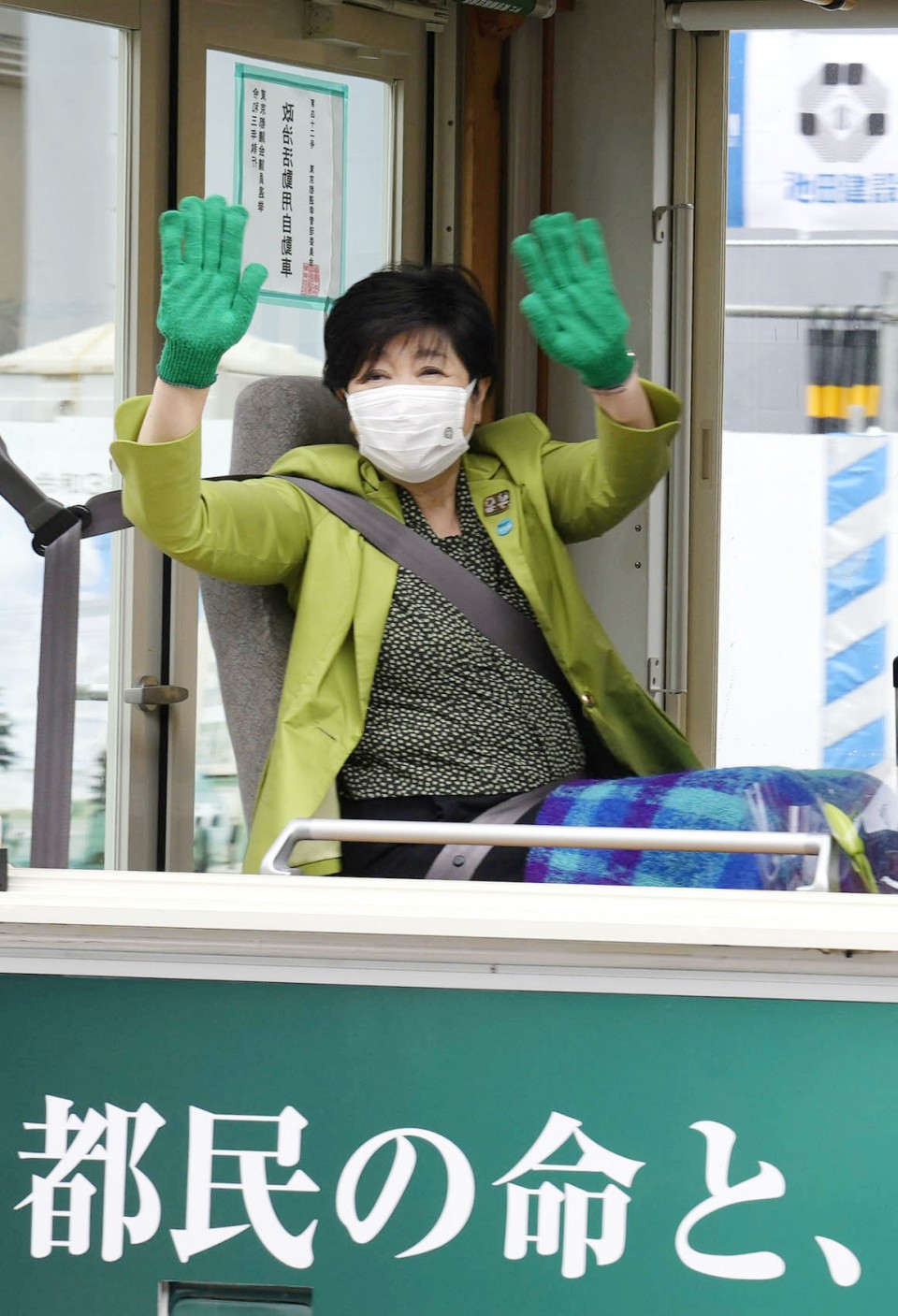 Tokyo Gov. Yuriko Koike shows up in support of a candidate representing Tomin First no Kai in Chofu, western Tokyo, on July 3, 2021, a day before the Tokyo metropolitan assembly election. (Kyodo)

But after she was discharged from the hospital on Wednesday, she appeared in several constituencies at the last minute on Saturday, visiting the offices of Tomin First candidates and standing alongside them to try to turn the tide.

"Gov. Yuriko Koike's behavior is likely to have influenced the result at least to some degree," said Natsuo Yamaguchi, leader of Komeito, which retained its 23 seats.

A total of 271 people filed their candidacies in the Tokyo assembly race.

The LDP had aimed to bounce back from its historic loss in the last election in 2017, in which it captured only 23 seats, down from 57 before the poll.

The defeat came as Komeito had cooperated with Tomin First in the election. However, this time, Komeito teamed up with its old ally, the LDP, given the need to prevail in the upcoming lower house election.