South Korean President Moon Jae In asked U.S. Deputy Secretary of State Wendy Sherman during their meeting in Seoul on Thursday for further efforts to resume talks between Washington and Pyongyang on the denuclearization of North Korea, according to the presidential office.

Moon asked Sherman to "engage voluntarily in resuming North Korea-U.S. talks" as he recalled his discussions with U.S. President Joe Biden at their summit in Washington in May, according to Park Kyung Mee, presidential office spokeswoman. 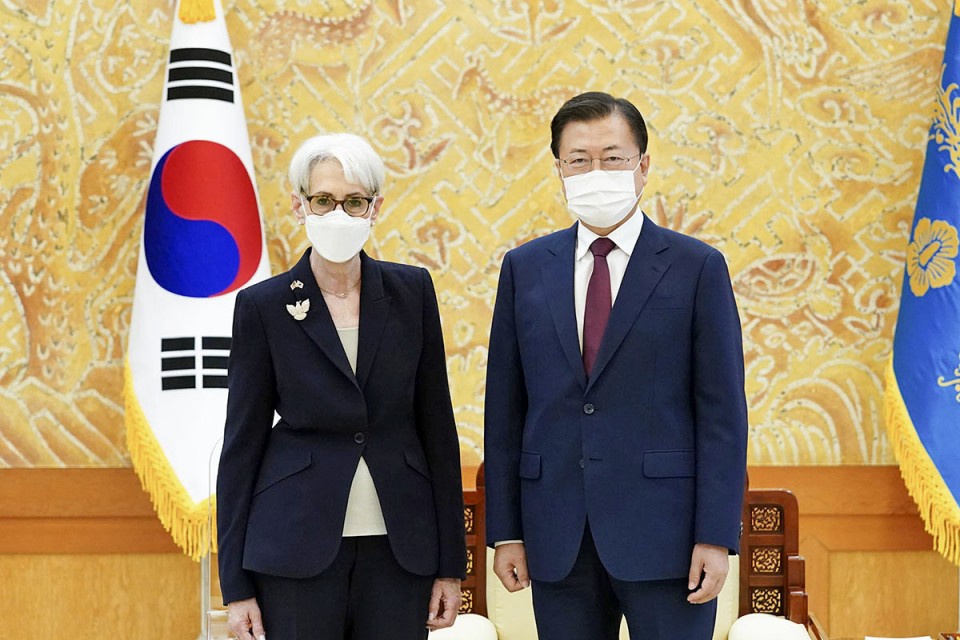 In the summit, Moon and Biden agreed to cooperate in achieving complete denuclearization and a permanent peace on the Korean Peninsula.

Sherman, in response, said she hopes to see a quick acceptance by North Korea of a U.S. offer for talks, adding she would also discuss North Korea during her upcoming visit to China, according to Park.

Moon and Sherman also exchanged views on how to deal with climate change and other global issues, vowing to continue cooperation, according to the official.

Sherman has been in South Korea since Wednesday as part of her ongoing tour of Asia, during which she met with her South Korean and Japanese counterparts in Tokyo earlier this week. She will also travel to Mongolia.

Ahead of the talks with Moon, Sherman met with South Korea's Unification Minister Lee In Young, discussing the situation on the Korean Peninsula and North Korea policy.

In their talks, Sherman stressed the role of the Unification Ministry in achieving peace and stability on the peninsula, the ministry said in a statement.