Motegi is expected to meet his Iranian counterpart as Japan aims to strengthen its traditionally friendly ties with Iran and discuss with the administration of President-elect Ebrahim Raisi, an anti-U.S. ultraconservative cleric, issues related to Tehran's nuclear program, the sources said. 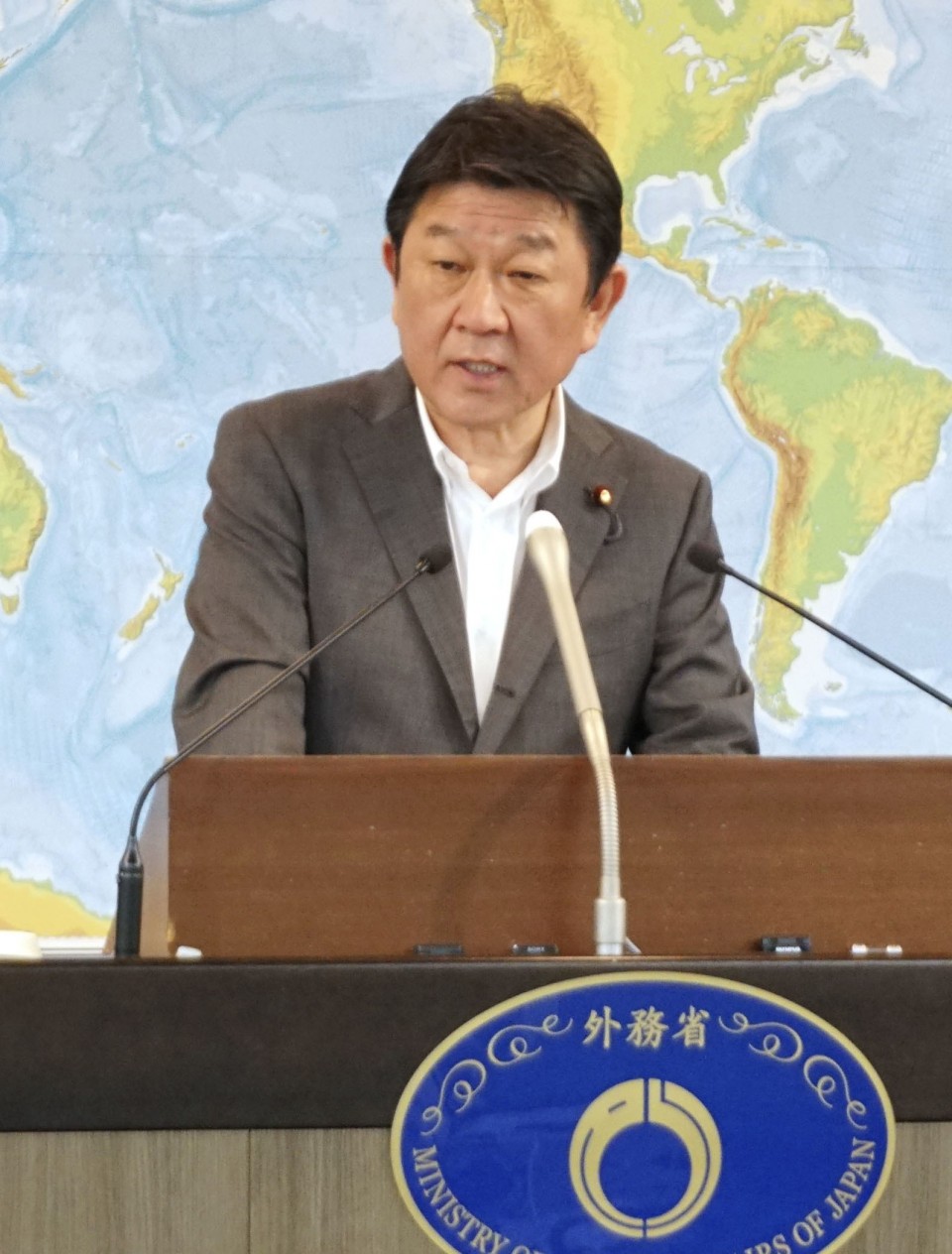 Raisi is set to assume his post in early August, following his election victory last month. It is the first time in eight years that a conservative hard-liner has won the presidency, fueling concern about a flare-up of tensions between Iran and the United States.

Iran's current Foreign Minister Mohammad Javad Zarif, under the outgoing government of moderate Hassan Rouhani, is also likely to be replaced by a conservative hard-liner, according to the sources.

Motegi's visit to Iran is expected to be part of a 10-day trip to the Middle East, which will likely also take him to Egypt and Turkey in a bid to help stabilize tensions in the Middle East, the sources said.

It would be the first visit to Iran by a senior Japanese government figure since then Prime Minister Shinzo Abe and then Foreign Minister Taro Kono made trips in June 2019.

Motegi is also considering visiting Israel and Palestine, as Japan looks to build a relationship with the Israeli government under new Prime Minister Naftali Bennett and offer assistance to reconstruct Gaza following the bombing by Israel in May, according to the sources.

In Turkey, Motegi is planning to meet with his counterpart to discuss the anti-coronavirus response and stability in the Middle East. He is also likely to visit Jordan, Iraq and Qatar.