The list of Japanese business leaders skipping the opening ceremony of the unconventional Tokyo Olympics this week expanded on Tuesday, joined by top-tier sponsor Panasonic Corp. and the country's three major business organizations.

The additions underscore more corporate executives taking a step back from the sporting event held under the coronavirus pandemic and public unease, walking a thin line trying to avoid reputational damage to their companies.

Top-tier sponsor Panasonic said CEO Yuki Kusumi will not attend the ceremony on Friday to mark the opening of what could be an extravaganza without the pandemic, a day after another sponsor, Toyota Motor Corp., said its President Akio Toyoda will not be attending. 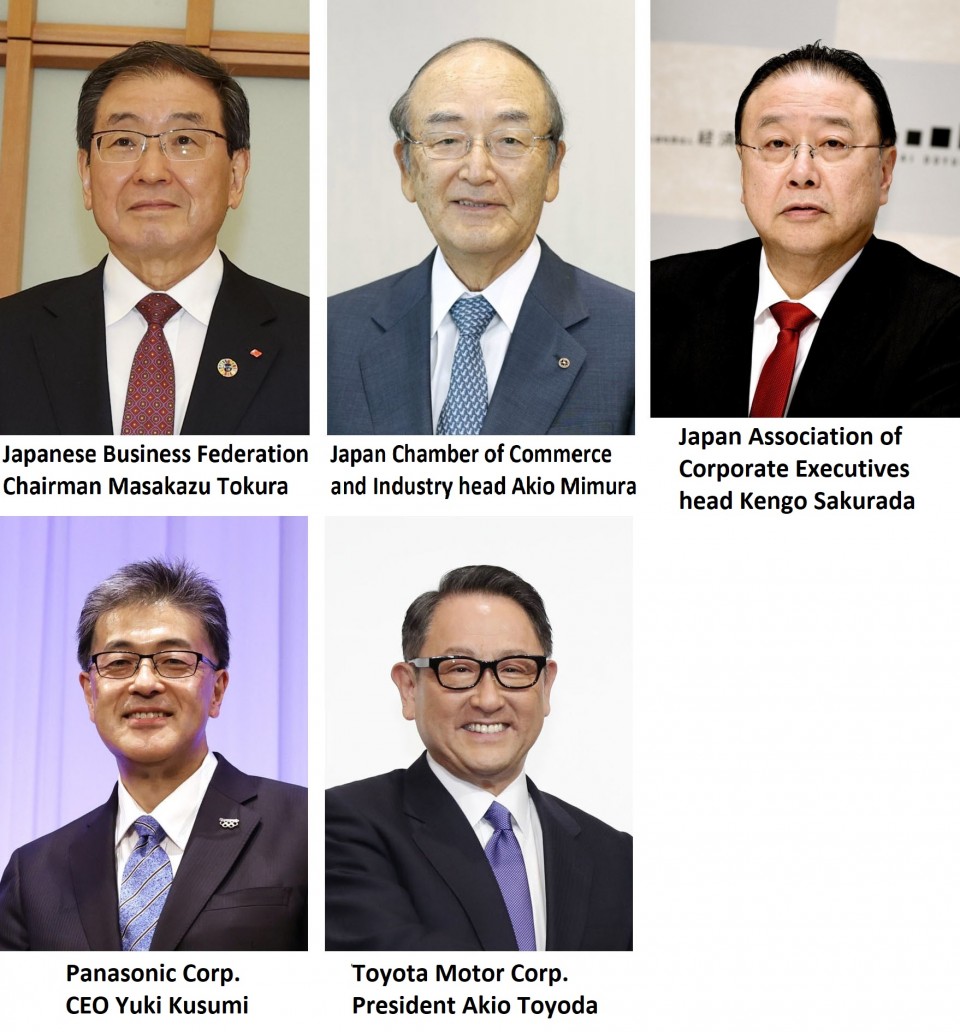 Panasonic also said it plans to limit senior executives taking part to a minimum necessary for operational reasons. Chairman Kazuhiro Tsuga will participate in the ceremony as vice president of the organizing committee of the Olympics and Paralympics.

The Japan Business Federation known as Keidanren said it told the organizing committee last Friday that Chairman Masakazu Tokura will not be joining the opening event.

"I took various factors into consideration comprehensively," Tokura said during a press conference on Tuesday. "I will cheer the athletes with my family at home."

The heads of the Japan Association of Corporate Executives and the Japan Chamber of Commerce and Industry -- Kengo Sakurada and Akio Mimura -- are also planning not to attend, the organizations said.

Despite a pledge by the government and organizers to make the event "safe and secure," the Japanese public remains divided and opposition to holding the games in unusual settings is strong.

With no spectators allowed at venues in Tokyo, now placed under a fourth COVID-19 state of emergency, some sponsors are somewhat distancing themselves from the Olympics that run through Aug. 8.

Toyota, a worldwide Olympic partner, said Monday it will not air TV commercials related to the games in Japan, with Chief Communication Officer Jun Nagata suggesting it is harder to garner support for the sporting event for "various reasons."

Among domestic sponsors, NEC Corp., Fujitsu Ltd. and Nippon Telegraph and Telephone Corp. have said their presidents or senior executives will not take part in the opening ceremony.