The 25-year-old followed up her incredible win in the 400 IM three days earlier, Japan's first swimming gold at the games and its second-ever medal in the event, with a strong freestyle leg that won her the crown at Tokyo Aquatics Centre.

"I knew it would be a tight race so, to be honest, I wasn't sure about a gold medal, but I made it somehow," said Ohashi.

"I swam the last part of the race thinking win or lose, I want to be able to say I have no regrets."

Ohashi said she is particularly pleased to have made a piece of Japanese history, becoming the first woman to win two Olympic gold medals at a single Summer Games. 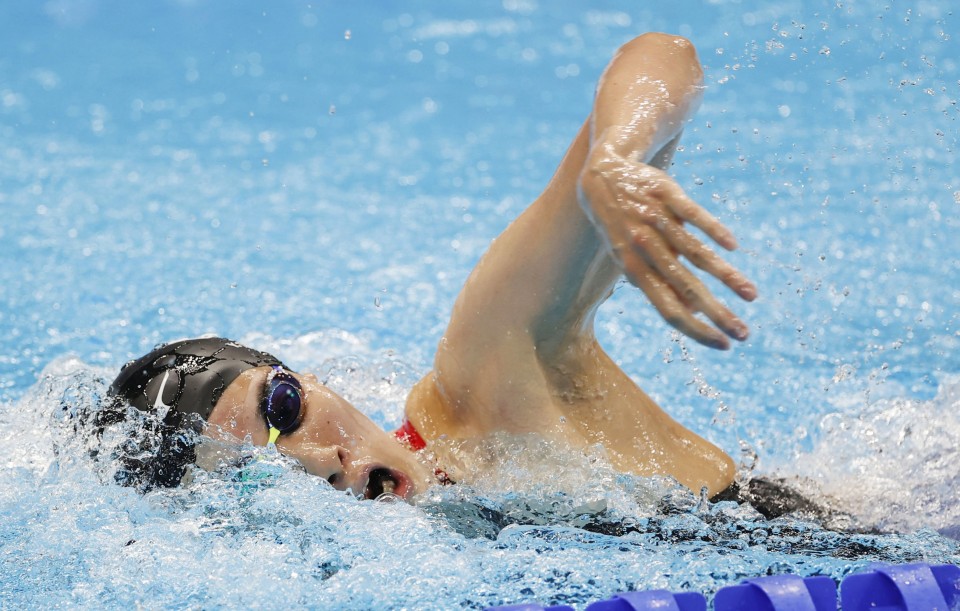 American Alex Walsh led at the final turn but was overhauled in the final meters, finishing 0.13 second behind the Japanese. Her countrywoman Kate Douglass won bronze more than half a second in Ohashi's wake.

It is the seventh Olympics in a row that the winner of the 400 IM has also won the 200 IM. Katinka Hosszu of Hungary, who finished seventh in this final, did it in Rio de Janeiro in 2016.

"I caused many people a lot of trouble to get this far but I hope I was able to repay them a little bit by this win," said Ohashi.

Earlier in the day, Tomoru Honda swam an inspired last lap to claim a shock silver for Japan in the men's 200-meter butterfly, setting a personal best time from lane eight.

The 19-year-old clocked a 1:53.73-second time to finish 2.48 seconds behind Hungary's Kristof Milak, who set an Olympic record.

"I swam my ideal race and won a silver medal on top of that, so I'm really happy. I think I was calm in the first half (of the race) and all I needed to do was have a strong second half, and I feel that I raced really well," said Honda, who only just scraped into the final by 0.04 second, after his semifinal swim.

"I was nervous but I told myself I would have more fun than anyone else, so I soaked it all in from when I entered the arena."

It is the fifth straight games in which Japan has taken a medal in the men's 200 butterfly. The medal run started with Takashi Yamamoto's silver in 2004, was continued by consecutive bronze medals by Takeshi Matsuda in 2008 and 2012 and then by another silver from Masato Sakai in 2016.

"I didn't want to end the medal streak (in this event) so I'm super happy. I want to thank everyone for all the support," said Honda, the first Japanese male to reach a swimming final at the Tokyo Games.

Japan's Ryuya Mura was the only Japanese to progress from the morning's semifinals. He swam the sixth fastest time -- 2:08.27, almost one second behind the fastest qualifier -- in the men's 200 breaststroke.

In the first final of Wednesday, Australian Ariarne Titmus won her second freestyle gold medal of the games in the Japanese capital, adding the 200 to the 400 title she claimed on Monday.

Her 1:53.50 time set a new Olympic record and allowed her to beat Siobhan Bernadette Haughey of Hong Kong and Penny Oleksiak from Canada.

"(I am) bloody exhausted. That was a hell of a tough one," said the Australian. "I knew Haughey really wanted this. I could tell by the way that she swam yesterday morning, so I knew it would be tough to beat her."

Katie Ledecky, one of the biggest names of the Rio de Janeiro Games, added a sixth gold medal to her collection with a win in the 1,500 freestyle, her first Olympic title of the Tokyo Games. 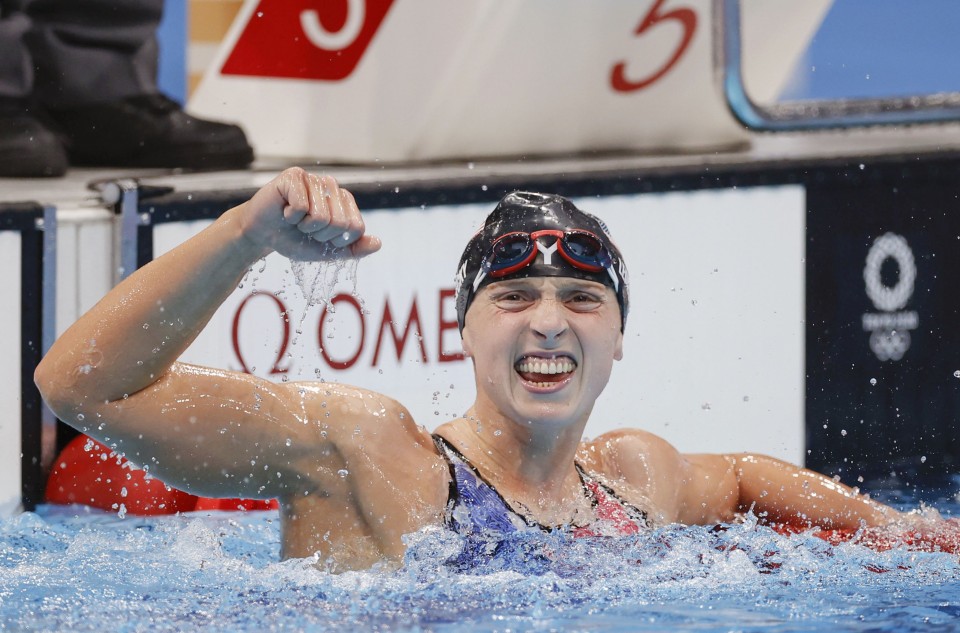 The world record holder who set a new Olympic record in the heats touched in 15:37.34 to beat fellow American Erica Sullivan by 4.07 seconds. Sarah Kohler of Germany took bronze.

The final gold medal of the day went to Britain in the men's 4x200 freestyle relay.

Setting a new European record of 6:58.58 in the race, the Brits led home the Russian team and Australia.

In the men's 200 IM, Kosuke Hagino, the Rio silver medalist, placed fifth to reach the semifinals.

His rival and Rio's 400 IM bronze medalist Daiya Seto, whose unexpected struggle in Tokyo has made the 200 IM his only possible race to medal, just about came through after finishing 16th in 1:58.15. 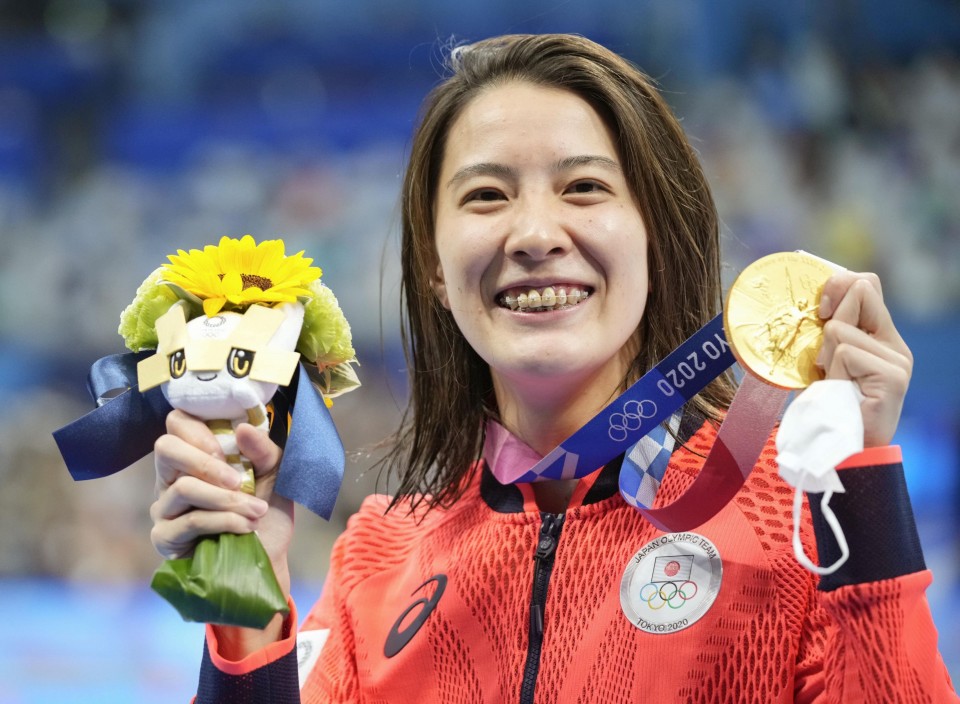 Japan's Yui Ohashi poses with her gold medal in the women's 200-meter individual medley of the Tokyo Olympics on July 28, 2021, at Tokyo Aquatics Centre. (Kyodo)==Kyodo 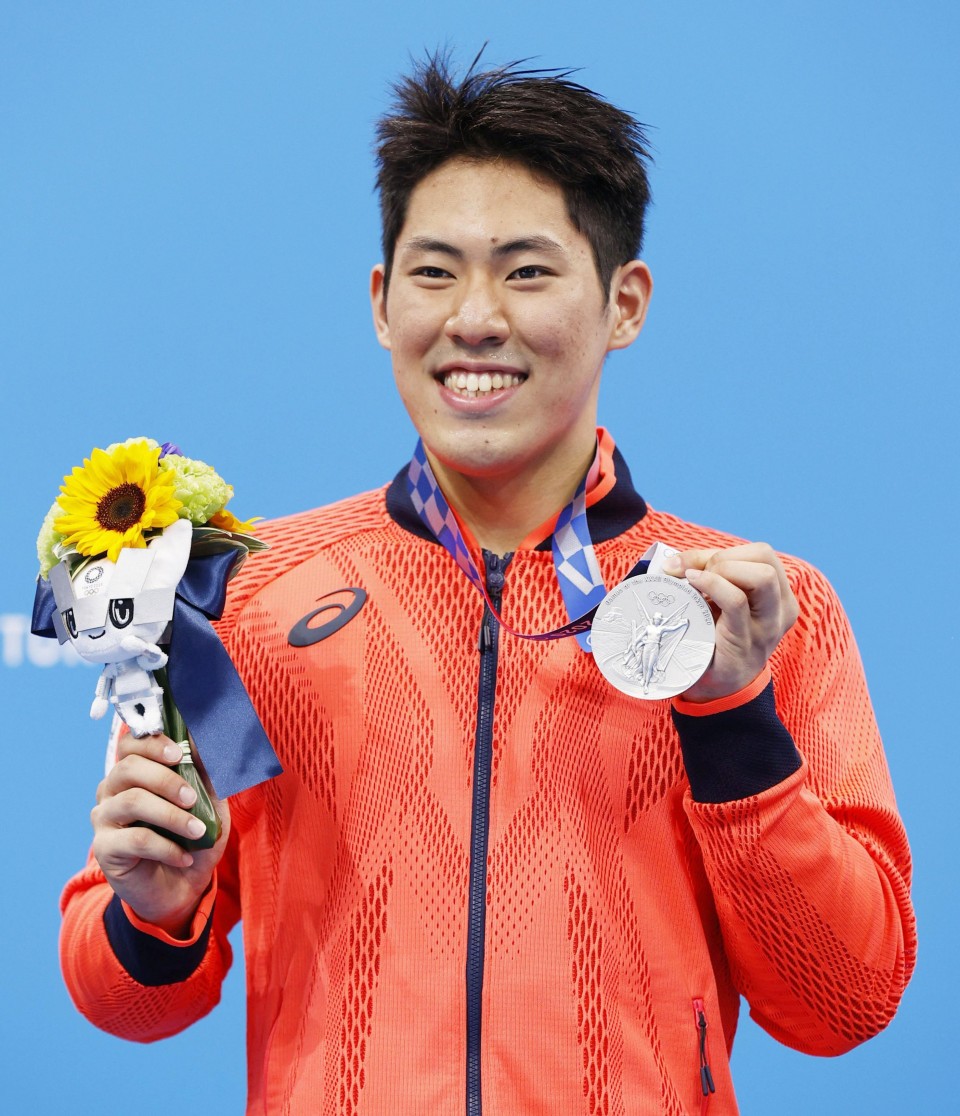 Tomoru Honda of Japan poses with his silver medal in the men's 200-meter butterfly of the Tokyo Olympics on July 28, 2021, at Tokyo Aquatics Centre. (Kyodo)==Kyodo