A typhoon moving northward from the Pacific could make landfall on Japan's main island on Tuesday, possibly bringing heavy rain to Tokyo, where the Olympics are under way, the weather agency said Monday.

As Typhoon Nepartak is expected to approach east and northeastern Japan, some Olympic events, including soccer matches in Miyagi and Ibaraki prefectures, may be affected, with the Japan Meteorological Agency warning of heavy rain, strong winds and high waves. 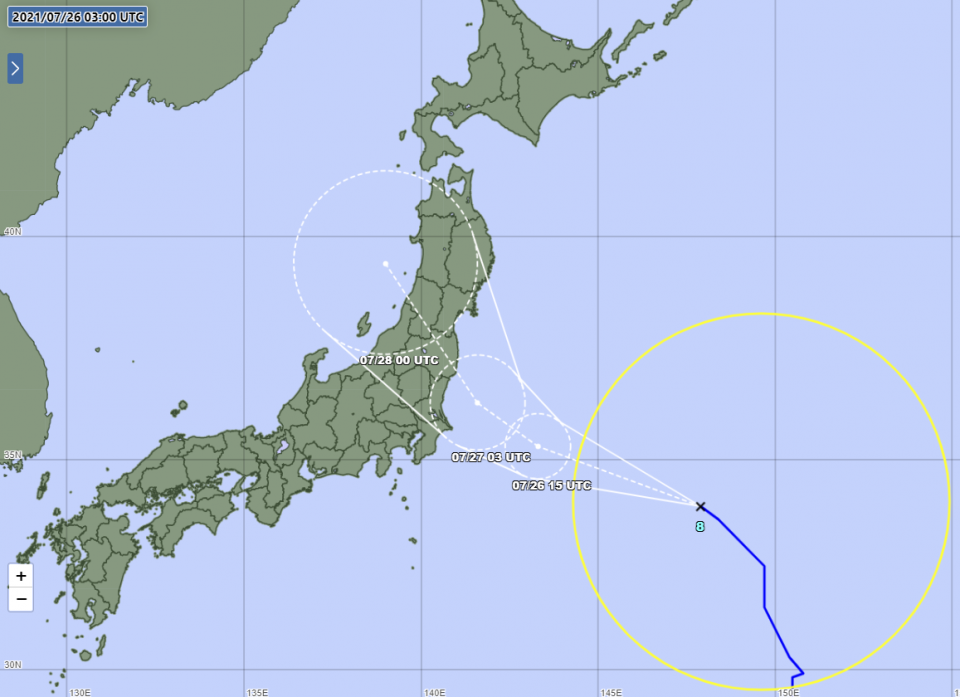 The eighth typhoon of the year was moving west at about 30 kilometers per hour in the Pacific as of 9 p.m. Monday. It had an atmospheric pressure of 992 hectopascals at its center and was packing winds of up to 108 kph.

Rainfall of up to 150 millimeters is projected for the Tohoku region and 120 mm for the Kanto-Koshin region, including Tokyo, in the 24 hours through Tuesday afternoon.

The typhoon is expected to weaken to an extratropical cyclone on Wednesday.

JR East said it was canceling eight bullet train services on the Yamagata Shinkansen Line between Tokyo and northeastern Japan from 5 p.m. Tuesday. It will also halt local train lines in the region from the morning of the same day.

The Tokyo Organizing Committee of the Olympic and Paralympic Games said that it currently plans to hold Tuesday's events as scheduled, except for rowing and archery, which have already been rescheduled to avoid possible disruption.

"We'd like to secure the safety of all people related to events. We will notify as soon as possible if any changes are made," said Masanori Takaya, an official of the organizing committee.

The committee will swiftly release information, especially if the weather affects events at which spectators are allowed, Takaya added.

The weather agency warned of possible flooding and landslides due to heavy rain as well as severe gusts, tornadoes and lightning strikes.