Two Americans were found guilty Monday in Tokyo of helping former Nissan Motor Co. Chairman Carlos Ghosn jump bail and flee Japan in 2019, a high-profile case that allowed him to escape the trial he could face for alleged financial misconduct.

The Tokyo District Court sentenced Michael Taylor, a 60-year-old former Green Beret, to two years in prison, and his son Peter, 28, to one year and eight months in prison. The maximum penalty in Japan for helping an accused flee is three years in prison.

In handing down the ruling, Presiding Judge Hideo Nirei said there is no prospect of holding Ghosn's trial as a result of his escape. 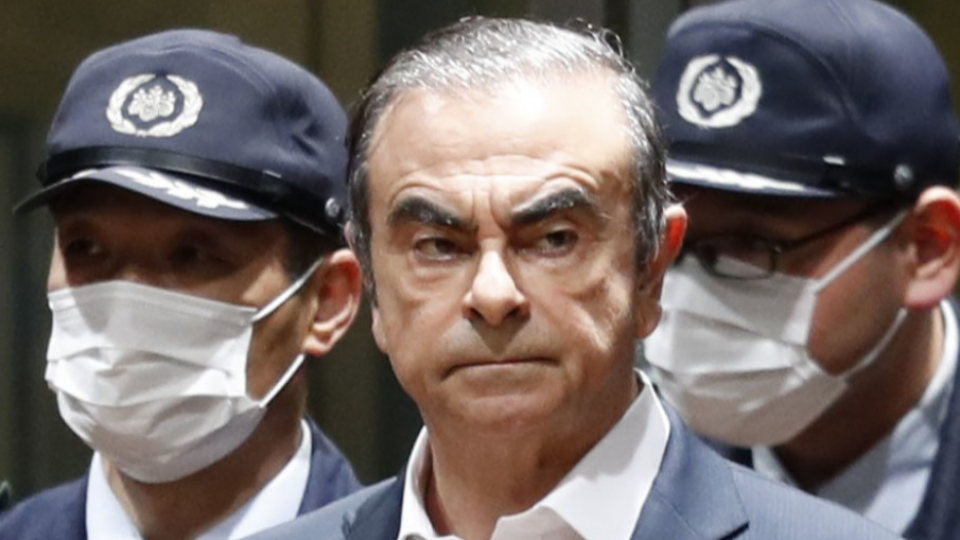 The pair had pleaded guilty and apologized for their roles in Ghosn's escape. Their defense team had called for suspended sentences.

The prosecutors had said the Taylors were motivated by monetary gain as they received around $860,000 prior to the escape and $500,000 worth of cryptocurrency after Ghosn successfully escaped Japan.

The two were able to use the remainder of the funds supplied by Ghosn after covering escape-related costs such as preparing a private jet, according to the prosecutors.

According to the ruling, the two helped Ghosn, 67, escape from his residence in Tokyo's Minato Ward to a hotel in the capital and then another in Osaka Prefecture, western Japan, on Dec. 29, 2019, before making their way to Kansai International Airport.

They then hid Ghosn in a box, passed through airport security and flew him aboard the private jet to Turkey despite knowing that the former auto titan was prohibited from traveling abroad under his bail conditions.

The former Nissan chairman flew to Lebanon, one of three countries of which he is a national and which does not have an extradition treaty with Japan.

The Taylors were arrested in Massachusetts in May last year by U.S. authorities upon Japanese prosecutors' request and had fought extradition in the U.S. courts.

But the U.S. Supreme Court turned down their appeal in February. They were arrested when extradited to Japan from the United States in March and indicted the same month.

Ghosn, who was first arrested in November 2018, faces charges of underreporting his remuneration by millions of yen for years and misusing the automaker's funds.

Ghosn, who led Nissan for about two decades, has denied all charges, insisting other company officials plotted to force him out of the Japanese automaker.

He fled in December 2019 to Lebanon while out on bail awaiting trial.

Another American and former top Nissan executive, Greg Kelly, is on trial in Tokyo on suspicion of assisting in underreporting Ghosn's remuneration. Kelly says he is innocent.