Olympics: Japan grabs 17th gold medal at Tokyo Games, its most ever

Japan secured its largest gold medal haul of any Olympics on Friday, with the men's fencing epee team winning the history-making 17th at the Tokyo Games.

The host country has now surpassed its previous record of 16, marked the last time the capital hosted the Summer Olympics in 1964 and at the Athens Games in 2004. 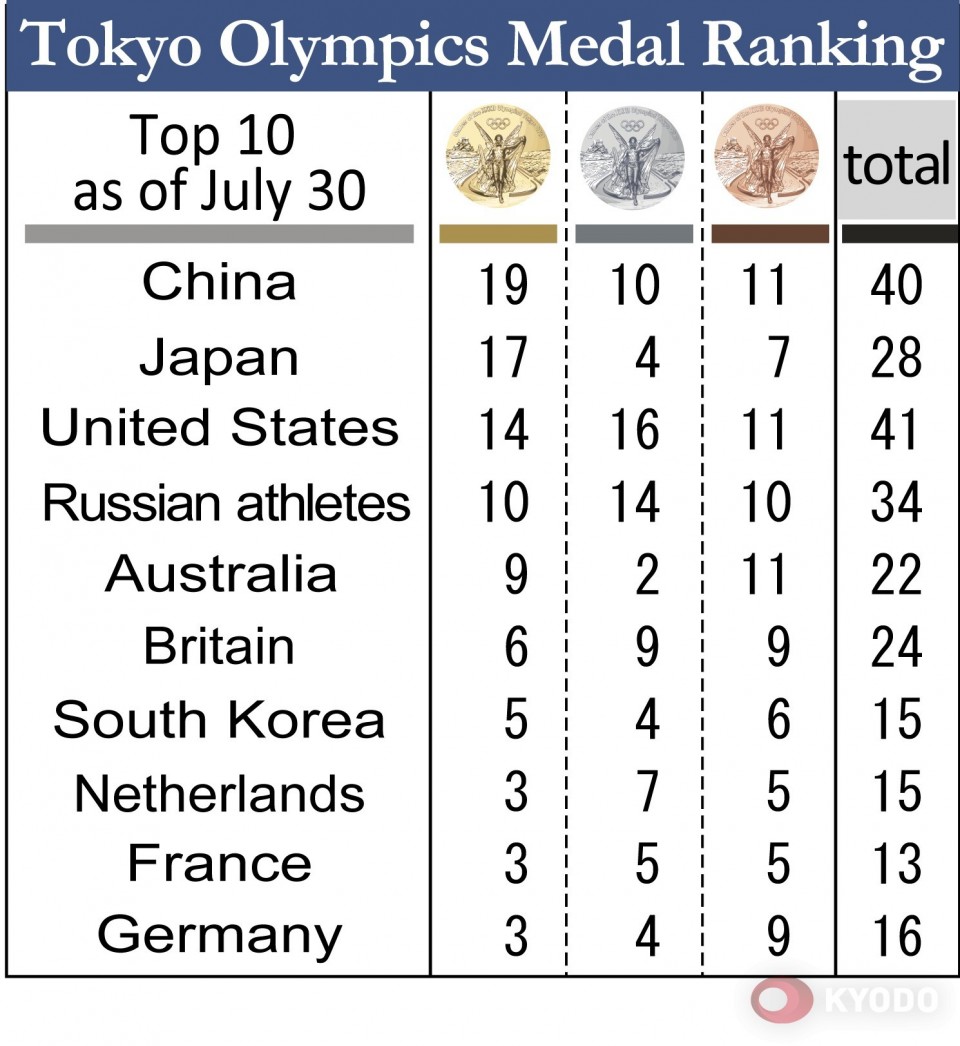 Swimmer Yui Ohashi did double duty in the 200- and 400-meter individual medleys, the first Japanese woman to win two gold medals at a Summer Olympics.

Compared to the 301 disciplines across 28 sports at Athens, a record 339 disciplines in 33 sports are being contested in Tokyo, boosting Japan's chances for the coveted hardware.

In skateboarding's Olympic debut, Yuto Horigome and Momiji Nishiya took the inaugural thrones in men's and women's street, with 13-year-old Nishiya becoming the youngest ever Japanese Olympic medalist in any sport in the process.

Japan has won four silver medals and seven bronze at these games, bringing its total so far to 28 with nine more days of competition to go.