British aircraft carrier the Queen Elizabeth and its strike group dispatched to the western Pacific will make port calls in Japan in September, Japanese Defense Minister Nobuo Kishi said Tuesday, as China is increasing its military influence in the area.

Kishi unveiled the plan, apparently intended to counter China's rising assertiveness in the Indo-Pacific, at a joint press announcement with his British counterpart Ben Wallace after their meeting in Tokyo.

The Queen Elizabeth, the Royal Navy's largest warship, and its group will be dispersed among ports in Japan, Kishi said. U.S. and Dutch naval vessels are accompanying the strike group. 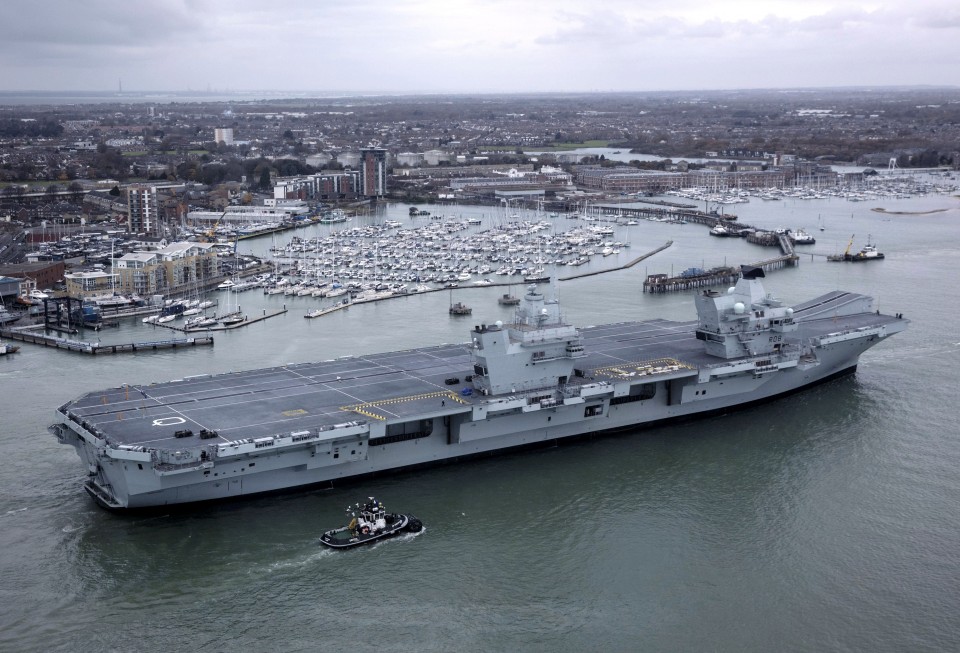 Wallace revealed a plan to send two patrol ships "permanently" to the Indo-Pacific region from later this year, following the deployment of the British strike group.

The strike group departed Britain in May to showcase London's increased engagement in the area.

Wallace referred to the strike group's visit as one that will herald a "new era" for defense and security cooperation, saying, "Japan is Britain's closest security partner in Asia with many shared values and common strategic interests."

The contribution to the Indo-Pacific region reflects a defense and foreign policy adopted in March that says Britain would be "deeply engaged" in the region. 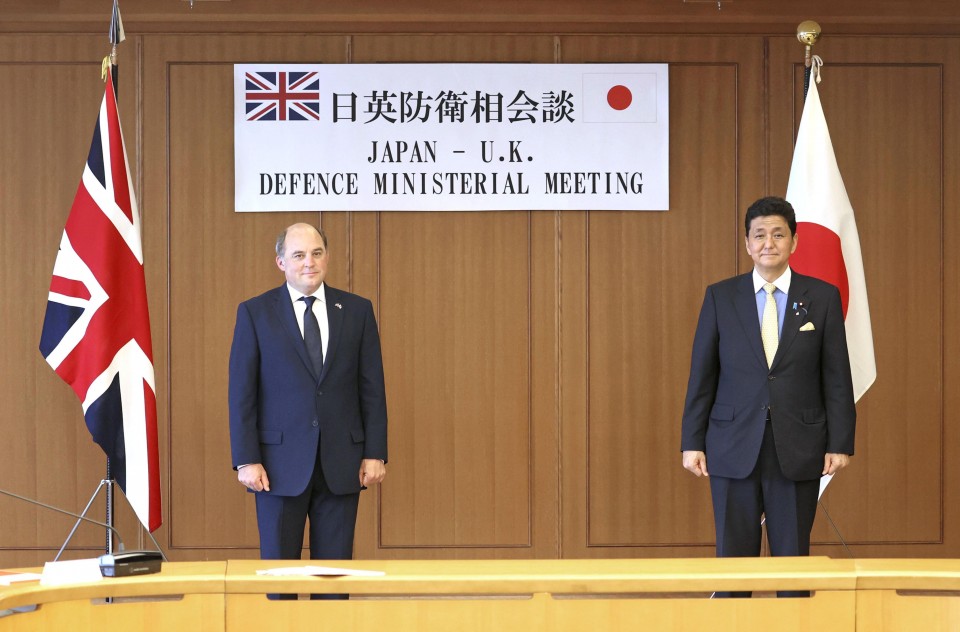 Kishi said he and Wallace also "strongly opposed unilateral attempts to change the status quo by force in the East and South China seas" and "agreed on the importance of a free and open maritime order based on the rule of law."

The two countries are also considering conducting joint exercises before and after the strike group makes port calls in Japan, a Defense Ministry official said.

Kishi conveyed his views to Wallace regarding China's maritime law implemented in February that allows its coast guard to use weapons against foreign vessels it views as illegally entering its waters, according to the official.

Japan has reiterated that the law "includes problematic provisions in terms of inconsistency with international law."

Earlier this month, an anti-piracy military drill was conducted in the Gulf of Aden off Somalia in East Africa, involving the Queen Elizabeth and the MSDF destroyer Setogiri and P-3C patrol planes.

In addition to its alliance with the United States, Japan is seeking to deepen security ties with like-minded countries that share democratic values.

Japan and Britain also agreed to enhance discussions for defense cooperation, including over the development of engines for the Air Self-Defense Force's next fighter jet, the defense chiefs said.