Thailand said Sunday its newly confirmed daily infections have surpassed 15,000 for the first time during the coronavirus pandemic, just a week after breaching the 10,000 mark.

Like much of Southeast Asia, the current wave of infections in Thailand has been fueled by the spread of the highly contagious Delta variant. 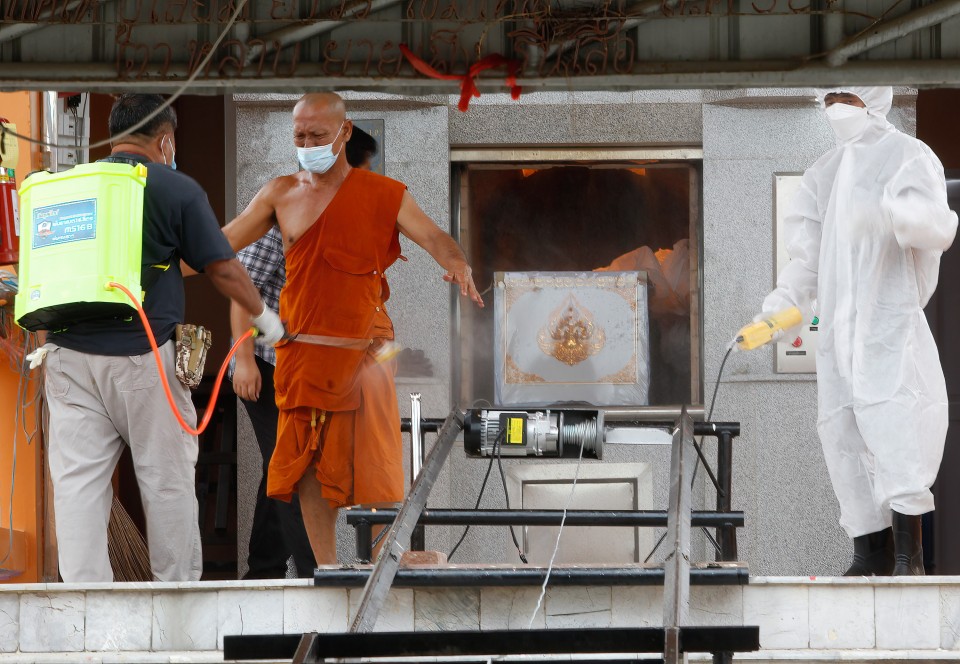 A man sprays disinfectants to a Buddhist monk during a funeral ceremony on the outskirts of Bangkok. (SOPA Images/LightRocket/Getty/Kyodo)

Hospitals, mainly in those in the capital region, have been overwhelmed by the surging number of patients. Some people have died in their homes after being infected.

Initially, Thailand was relatively successful in containing the infections, but they gradually expanded from April this year.

Vaccine procurement has been difficult, and only about 20 percent of people have received their first jab.

In response to growing criticism, the government hastened to participate in COVAX, a global risk-sharing mechanism for pooled procurement and equitable distribution of COVID-19 vaccines.