U.S. gymnastics star Simone Biles pulled out of the women's team final at the Tokyo Olympics on Tuesday due to a "medical issue," USA Gymnastics said.

The 24-year-old won four gold medals and a bronze at the 2016 Rio de Janeiro Games and is widely considered one of the best gymnasts of all time.

After landing awkwardly on her first vault in the team final, Biles could be seen consulting with a coach before leaving the floor at Ariake Gymnastics Centre. 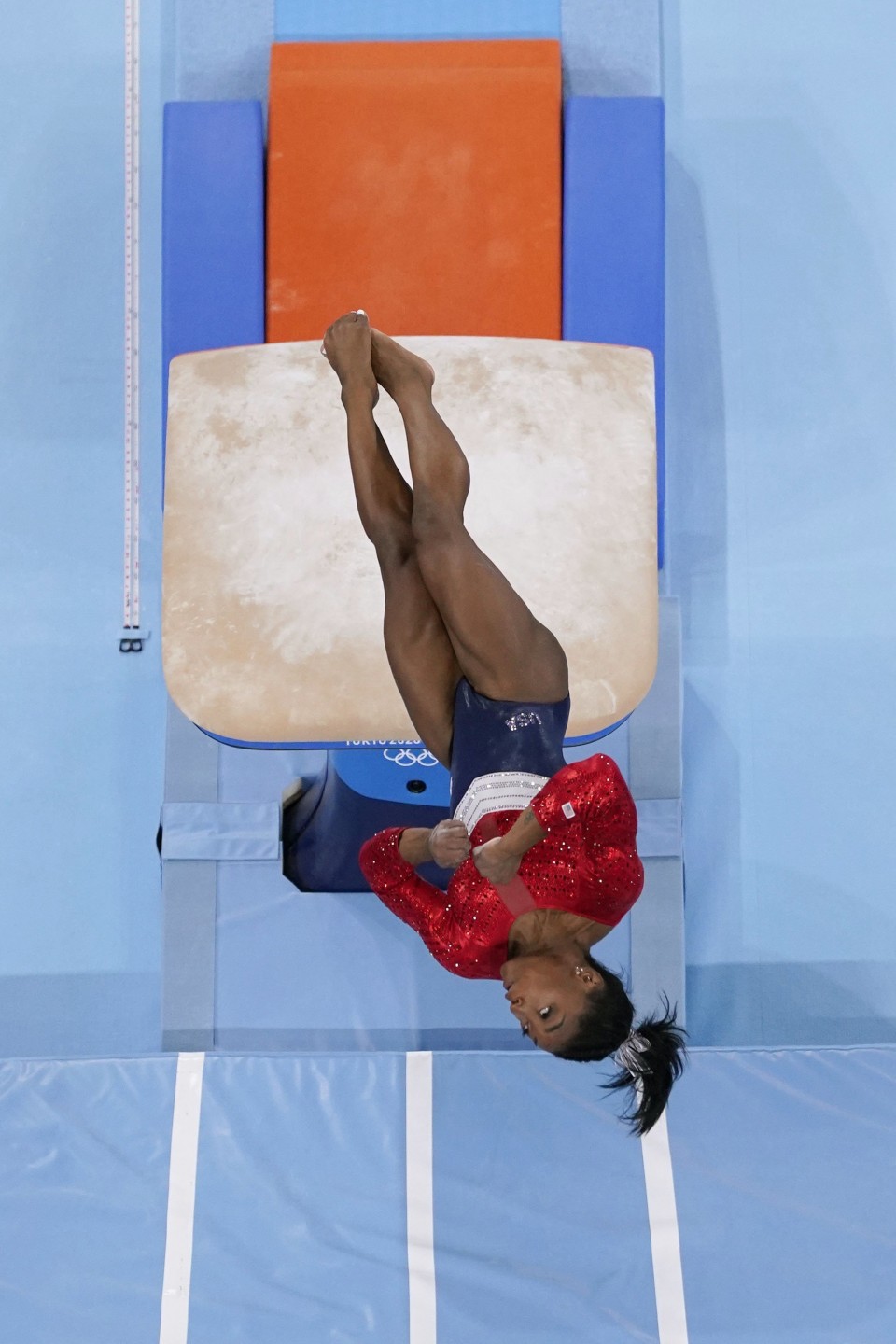 Simone Biles of the United States performs on the vault in the women's artistic gymnastics team final at the Tokyo Olympics on July 27, 2021, at Ariake Gymnastics Centre. (Kyodo) ==Kyodo

The United States went on to win silver in the team event, with the Russian Olympic Committee claiming gold. Britain took bronze.

Biles is five gold medals from tying Soviet gymnast Larisa Latynina for the Olympic record for a female athlete, a feat she needs to win all of her remaining events in Tokyo to accomplish. Latynina achieved her total across three games, Biles could do it in two.

Her next scheduled event is the women's individual all-around competition which takes place on Thursday. 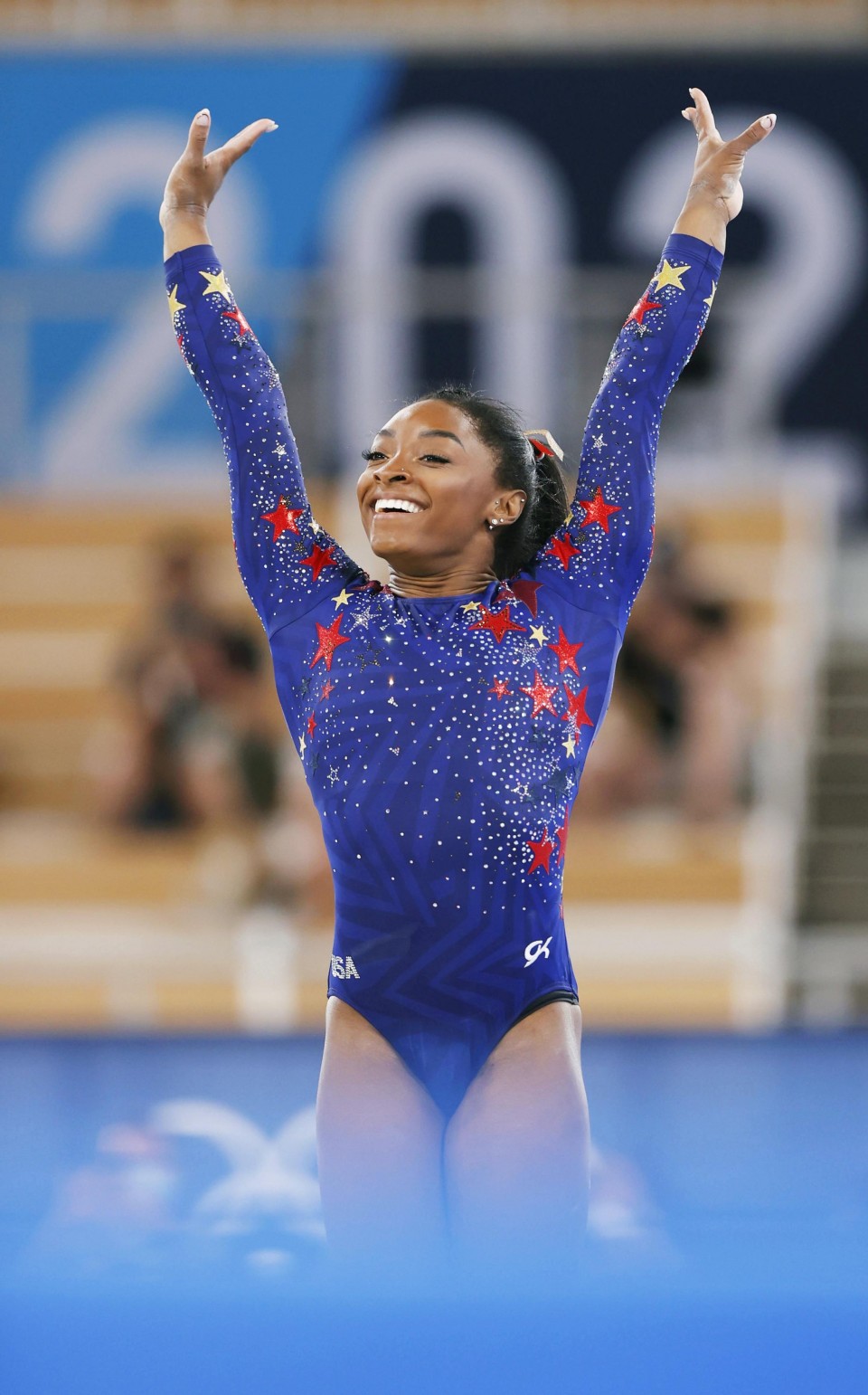 Simone Biles of the United States poses on the floor exercise during the women's artistic gymnastics qualifications of the Tokyo Olympics on July 25, 2021, at Ariake Gymnastics Centre. (Kyodo) ==Kyodo