Staring down the barrel of a loss, Nadeshiko Japan grabbed a share of the points in the 84th minute when Arsenal striker Iwabuchi corralled a Yui Hasegawa long ball and split two defenders as she lashed home a shot from the top of the area. 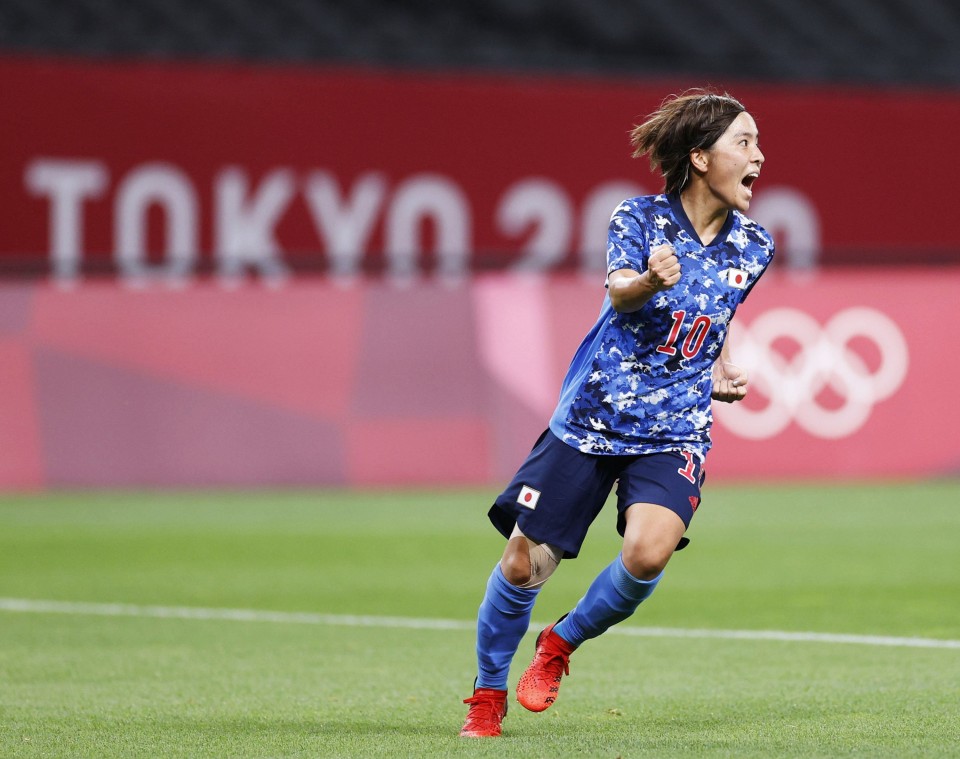 Mana Iwabuchi reacts after scoring the equalizer in Japan's 1-1 draw with Canada during the second half of their Group E match of the Tokyo Olympic women's football tournament on July 21, 2021, at Sapporo Dome in northern Japan. (Kyodo) ==Kyodo

Canada captain Christine Sinclair gave her side the lead barely five minutes into the Group E contest at an empty Sapporo Dome, hitting the post before gathering a fortuitous rebound and tapping in from the opposite side of goal. 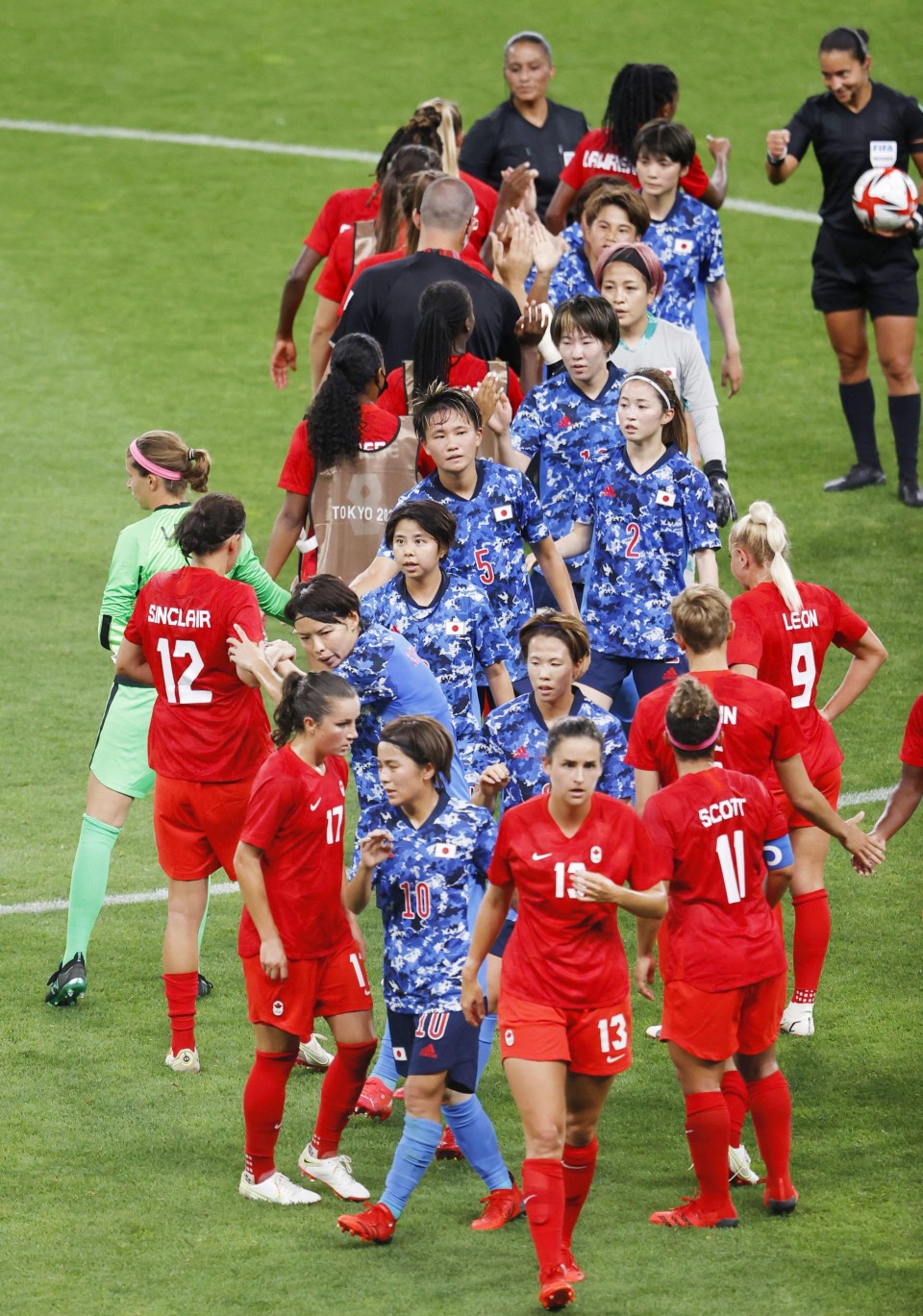 Players of Japan (blue) and Canada (red) exchange high-fives after a 1-1 draw in their Group E match of the Tokyo Olympic women's football tournament on July 21, 2021, at Sapporo Dome in northern Japan. (Kyodo) ==Kyodo

Japan spent much of the rest of the half on the front foot, making repeated inroads down the right flank, but their lack of a final pass left them unable to capitalize against the back-to-back Olympic bronze medalists.

The hosts went on the attack early in the second half and won a penalty on video review in the 53rd minute after Canada keeper Stephanie Labbe crashed into forward Mina Tanaka as she ran onto a cross from AC Milan midfielder Hasegawa.

A halftime substitute for Yuika Sugasawa, Tanaka stepped up to take the penalty kick but could not beat Labbe, who saved while leaping to her right.

Labbe immediately provided another crucial save, stopping Yuzuho Shiokoshi from close range off a corner. It was the last act of the game for the keeper, who left the pitch due to an injury picked up in her collision with Tanaka.

Japan earned a reprieve in the 60th minute when Canada had a goal rubbed out for offside and continued to hunt for an equalizer.

Hasegawa, who created multiple chances with her playmaking, helped make the breakthrough with a long, looping ball over the top that found Iwabuchi in perfect position to cash in.

"I saw that Yui had some free space between me and her, and there was an opening for me to get in behind the center backs," Iwabuchi said.

"Although we went down a goal pretty early, it meant we had a lot of time to get ourselves back together and continue to fight."

The 28-year-old, one of the only players remaining from Japan's 2012 silver medal-winning team, said she was happy to finally kick off the Olympics after a preparation heavily impacted by the coronavirus pandemic.

"I know this is a very difficult situation in which to hold the Olympics, but I was just really happy to be playing on the pitch today, so I'm very thankful to everyone that made this happen for us," she said.

Manager Asako Takakura's side will play Great Britain at Sapporo Dome on Saturday before rounding out their Group E matches against Chile at Miyagi Stadium on Tuesday.