A bunch of high-end red grapes sold Friday in central Japan for 1.4 million yen ($12,700) in the season's first auction, up 100,000 yen from the year before and setting a record for the third straight year. 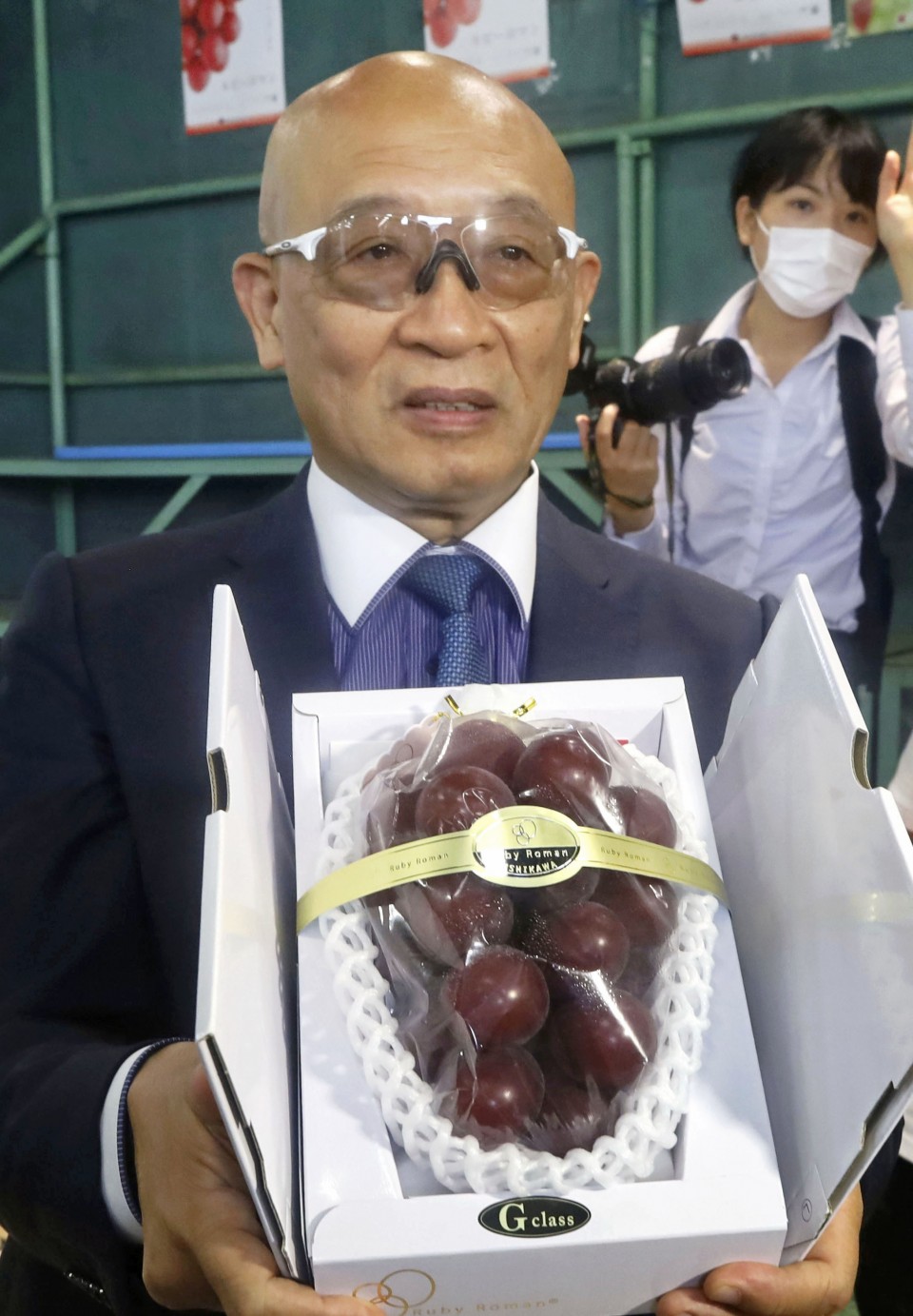 Hsieh Ming-ta holds a bunch of high-grade Ruby Roman grapes which fetched a record 1.4 million yen ($12,700) in the season's first auction for the fruit in the Ishikawa Prefecture city of Kanazawa, central Japan, on July 16, 2021. (Kyodo) ==Kyodo

Hsieh Ming-ta, who runs Yumaowu, an upscale Japanese supermarket chain in Taiwan, bought the "Ruby Roman" grapes through a wholesaler in Kanazawa, the capital of Ishikawa Prefecture, where the variety was developed and is exclusively grown.

"I want to introduce Ruby Roman to the people of Taiwan. When you think about the (grape) producers' year of hard work, 1.4 million yen is cheap," Hsieh, 66, said.

For this season's first auction Friday, a record-high 253 bunches of Ruby Roman were shipped.

"Sunny days with high temperatures continued just before harvesting, so we were able to pick grapes with increased sweetness," said Mitsuo Maruyama, 46, deputy head of the Ruby Roman research group, a body made up of grape growers in the prefecture.

The Ruby Roman, whose grapes are each about the size of a ping-pong ball, is known for its high sugar content and low acidity. It made its market debut in August 2008.