Groups representing Bhutanese forcibly evicted from Bhutan have written to the Japanese prime minister asking that Japan withdraw a decoration conferred upon Dago Tshering, a former home minister accused by human rights activists of being a key perpetrator of ethnic cleansing in the Himalayan kingdom three decades ago.

In April, the Japanese government said that Tshering, Bhutan's home minister from 1991 to 1998 and ambassador to Japan from 1999 to 2008, would receive the Order of the Rising Sun, Gold and Silver Star, earning him the distinction of being the first Bhutanese to get the honor. 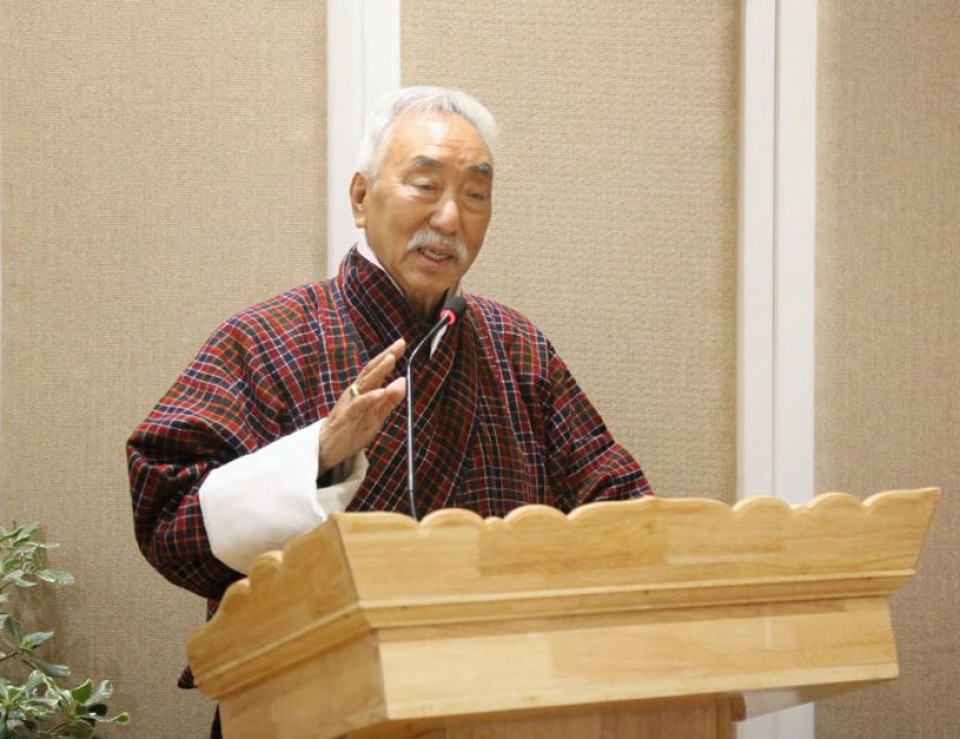 "While we acknowledge the desire of your government to strengthen mutual relationship between Bhutan and Japan through the conferral of this award, we regret to state that this very gesture of goodness has unlocked deep-seated injury and trauma that many of us Bhutanese have personally undergone during the Home Minister's tenure," the groups said in a letter to Prime Minister Yoshihide Suga dated June 24.

The groups represent Bhutanese living in the United States and elsewhere in the world, including nearby Nepal.

Japan's Foreign Ministry and the Cabinet Office, both of which deal with state decorations, denied knowledge of the letter. While the Japanese Embassy in New Delhi acknowledged it is aware of the letter's content, it did not say whether Japan officially received it.

On Aug. 17, 1990, then Deputy Home Minister Tshering revoked the citizenship of thousands of Bhutanese citizens. His order, and the ensuing state persecution of Nepali-speaking Bhutanese citizens, forced 130,000 Bhutanese to flee Bhutan and settle in refugee camps in eastern Nepal. They were prevented by Indian security personnel from settling in India or re-entering Bhutan.

The refugees lived for two decades in Nepal in makeshift camps, during which countless efforts at repatriation failed. Under a resettlement program launched in 2007, most Bhutanese refugees were resettled in eight countries -- the United States, Australia, New Zealand, Norway, Denmark, Canada, Britain and the Netherlands. A few thousand Bhutanese refugees still live in Nepal, hoping to return to their homeland.

Bhutan human rights activist Tek Nath Rizal, who refused resettlement and lives in Nepal awaiting repatriation, says he cannot understand how the Order of the Rising Sun, Gold and Silver Star could be conferred on Tshering.

"I cannot fathom how a country like Japan, which has championed for the guarantee of human right and democracy in Bhutan in various forms for years, has now decided to award Dago Tshering, a racist, ruthless and corrupt former home minister," Rizal was quoted as saying in a guest piece published on The Diplomat, an online news magazine, in May.

In an online signature campaign seeking broader support for the demand, members of what some human rights activists call the most forgotten refugees in the world have mentioned gross abuses, including arrest, torture, and eviction they faced, and have expressed a belief that Japan will revoke the award.

"I am signing this petition because my father was arrested and tortured by the Bhutan Army for months in Bhutan. This was done under the strict order and watch of Dago Tshering. Our property was then snatched from us, and we were driven out of our country. Bhutan and Dago Tshering is responsible for all this," Malty Sharma, one of the signers, wrote.

In announcing the conferral of the honor on April 29, the Japanese government said Tshering "contributed to the strengthening of ties between Japan and Bhutan as well as to friendship" between their peoples.