Taiwan-born novelist Li Kotomi won the Akutagawa Prize for up-and-coming authors on Wednesday, becoming the second person to win the prestigious literary award without the Japanese language being their native tongue, the prize organizers said.

The 31-year-old Li received the prize for her novel "Higanbana ga Saku Shima" (An island where red spider lily blooms), a story about a young girl who upon reaching an isolated island faces its hidden history. 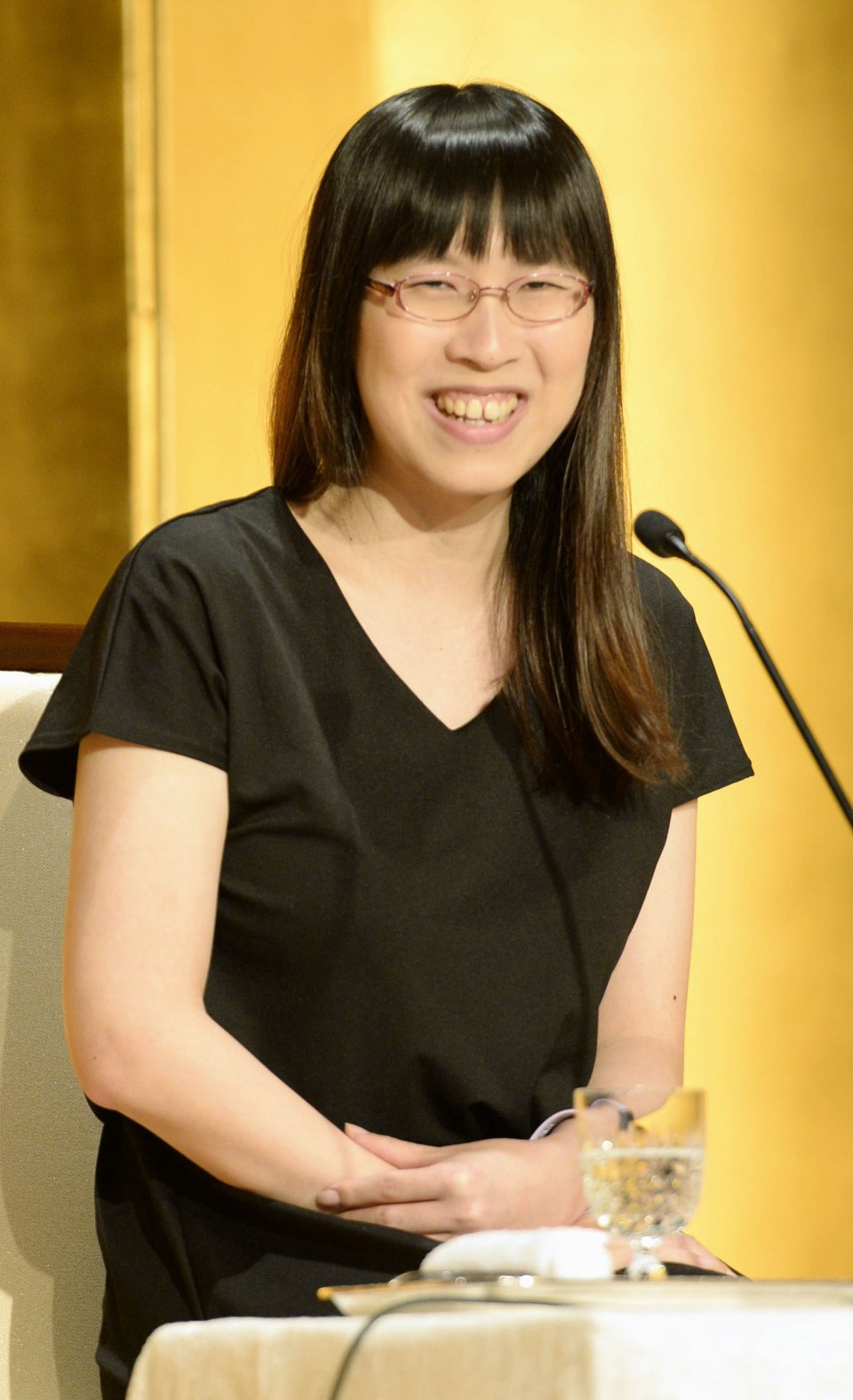 Taiwan-born novelist Li Kotomi, who won the Akutagawa Prize, speaks at a hotel in Tokyo on July 14, 2021. (Kyodo)

In 2008, China-born novelist Yang Yi became the first person whose native language is not Japanese to receive the award.

"I want to thank my readers foremost," Li said at a press conference held the same day after the announcement of prize winners.

Born in 1989, Li started learning Japanese when she was 15 years old and came to Japan in 2013 after graduating from National Taiwan University. After studying at a Waseda University graduate school, she released her debut novel "Hitorimai" (Dance alone) written in Japanese in 2017.

Taiwanese media celebrated Li's win on Thursday, widely reporting she is the first author from the self-ruled island to have gained the recognition of the Japanese literary circle.

Hisaki Matsuura, one of the Akutagawa Prize judges, praised Li's novel as "an ambitious work."

"In the era of globalization, there is a historic significance (of her winning the award)," Matsuura said about Li's achievement as he joined the press conference online.

Li said she believes writings by authors whose native tongue is not Japanese have brought new perspective to the Japanese literary world. "I'm proud that each of our works is updating the Japanese literature," she said before receiving the award.

The other winner of the Akutagawa Prize was 41-year-old Japanese novelist Mai Ishizawa, who is studying in Germany. Her work "Kai ni Tsuzuku Basho nite" (At a place that follows shellfish) tells a story of a woman living in Germany who looks back on the 2011 massive earthquake-tsunami disaster that struck northeastern Japan.

The biannual Akutagawa Prize was established in 1935 in memory of Japanese novelist Ryunosuke Akutagawa. The prize money is 1 million yen ($9,100).