Japanese tennis star Naomi Osaka says she has reaped the benefits of her high-profile mental health break, the time away putting her in a good place for her Olympic gold medal chase.

"It's been a while since I played but I feel, more than anything, just happy to be out here," said the world No. 2 on Sunday after her first round win. "We are playing in a pandemic, and it is really tough for everyone." 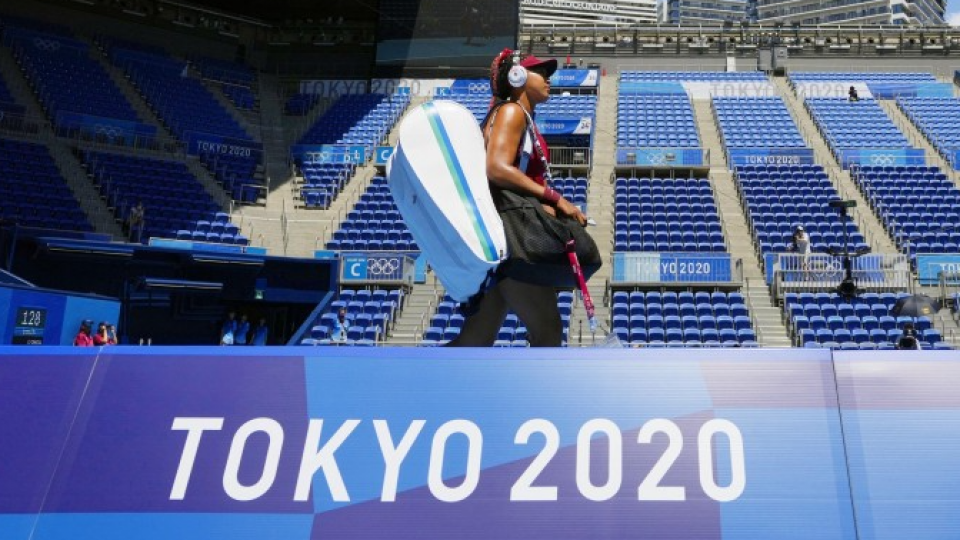 Japan's Naomi Osaka is pictured before playing against Zheng Saisai of China in the first round of the women's singles tennis event at the Tokyo Olympics on July 25, 2021, at Ariake Tennis Park. (Kyodo) ==Kyodo

Osaka had not played since she abruptly dipped out of Roland Garros in late May. The 23-year-old decided to skip press conferences at the year's second Grand Slam and was subsequently threatened with disqualification, she beat authorities to it, pulling the pin while revealing her battles with anxiety.

Speaking to the media again in Japan, Osaka said she was happy to be back in action after breezing past China's Zheng Saisai 6-1, 6-4 at Ariake Tennis Park.

"This, playing at the Olympics, has been a dream of mine since I was a kid, so I feel like the break I took was very needed. But I feel definitely a little bit refreshed and happy again."

"I felt fine, like there's nothing wrong with my body. I just felt really nervous," she said.

"I haven't played since France so there definitely are things that I felt I did a bit wrong, but I'm hoping that I can improve in the matches that I continue playing."

Osaka is seeded second at the games and her chances of a medal were given a further boost when Australian world No. 1 Ashleigh Barty was handed a shock first-round defeat, the top seed's Tokyo singles campaign cut short by Spaniard Sara Sorribes Tormo.

On Friday, Osaka cemented her place in Japanese sporting folklore when she lit the Olympic cauldron at the National Stadium.

"I feel very, very proud. I think when I lit the flame, I was super honored," she said.

"I think you know that's a position that you dream about and not anyone can do it and so, for me, when they asked me if I wanted to, I was very surprised but very honored and I'm just happy to be here and happy to play, especially in Tokyo." 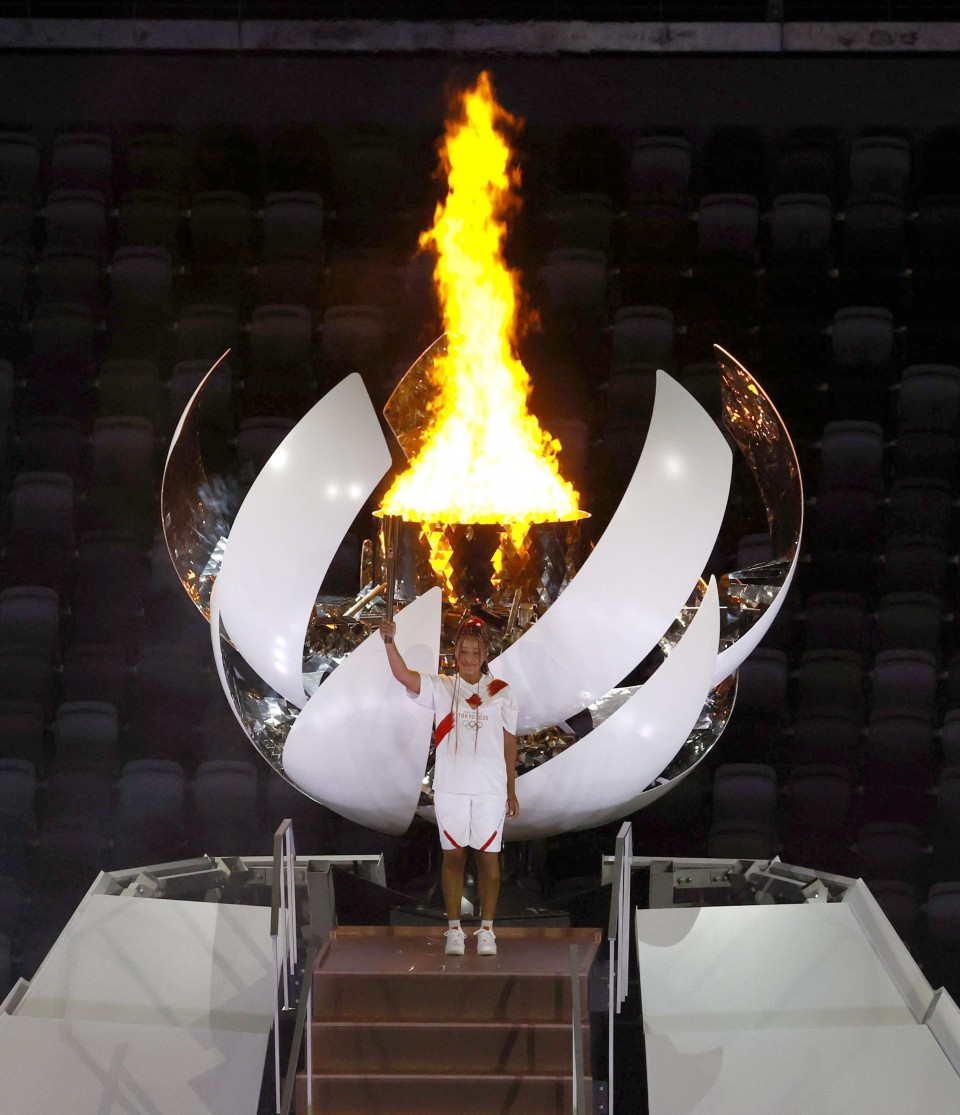 Tennis player Naomi Osaka hoists the Olympic torch after lighting the cauldron during the opening ceremony of the Tokyo Olympics at the National Stadium in Tokyo on July 23, 2021. (Kyodo) ==Kyodo