South Korea and North Korea on Tuesday restored communications lines between them that the North cut off last year, and their leaders have agreed to improve inter-Korean ties, the South's government said. 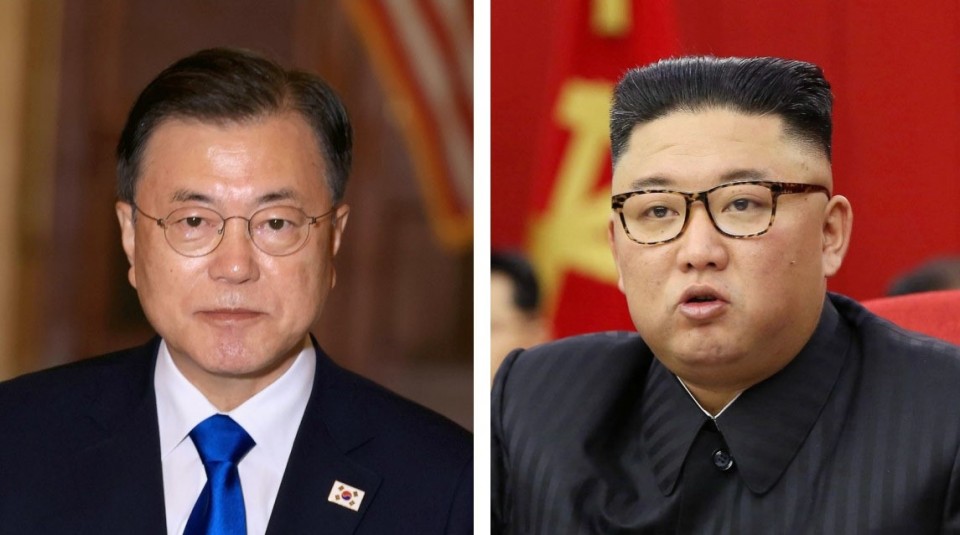 North Korean media also reported on the restored communications lines, with the state-run Korean Central News Agency saying the leaders of the two Koreas "agreed to make a big stride in recovering the mutual trust and promoting reconciliation" by making the move.

The two Koreas decided to reconnect their communications lines at 10 a.m., according to Park. KCNA said the measure applied to all inter-Korean communication liaison lines.

"The two leaders are on the same page about regaining trust in each other as soon as possible and improving ties again," Park added.

The KCNA report said, "The restoration of the communication liaison lines will have a positive effect on the improvement and development of north-south relations."

Tuesday fell on the 68th anniversary of the signing of an armistice that suspended open hostilities in the 1950-1953 Korean War.

North-South ties were stalemated after U.S.-North Korea summit talks in Vietnam in 2019 ended with no deal due to the gap between Washington's denuclearization demands and Pyongyang's calls for sanctions relief.

South Korea's Unification Ministry confirmed that the two Koreas held a phone call on Tuesday, and that they have agreed to make regular calls twice a day, at 9 a.m. and 5 p.m., just as they used to before the lines were disconnected.

A ministry official said the ministry plans to have discussions with the North Korean side over establishing a video conference system to hold inter-Korean talks more easily during the coronavirus pandemic.

The latest development comes as the United States has sought to maintain close coordination with Japan and South Korea, its two key regional allies, over North Korean nuclear issues. North Korea's economic difficulties are also deepening amid a continuing border closure due to the pandemic.

North Korea cut off inter-Korean communications lines in June last year in retaliation for the anti-Pyongyang leaflets defector groups had sent over the border from the South by balloon.

Previously North Korea cut off communications lines at the Panmunjeom border village inside the demilitarized zone separating the two Koreas, and elsewhere in 2016 in response to a South Korean suspension of operations at a jointly operated industrial complex near the border with the South.

The suspension of the inter-Korean economic cooperation project at the Kaesong complex came during the administration of Moon's predecessor Park Geun Hye. The North restored the communications lines in 2018, after Moon came to power the previous year.