The Tokyo Olympic organizing committee on Thursday fired a director of the creative team behind the games' opening and closing ceremonies for joking in the past about the Holocaust, the decision coming just a day before the start of the global sporting event.

The dismissal of former comedian Kentaro Kobayashi is the latest in a series of embarrassments for the organizing body of the Tokyo Olympics and Paralympics, which are being held under unprecedented restrictions because of the coronavirus pandemic. 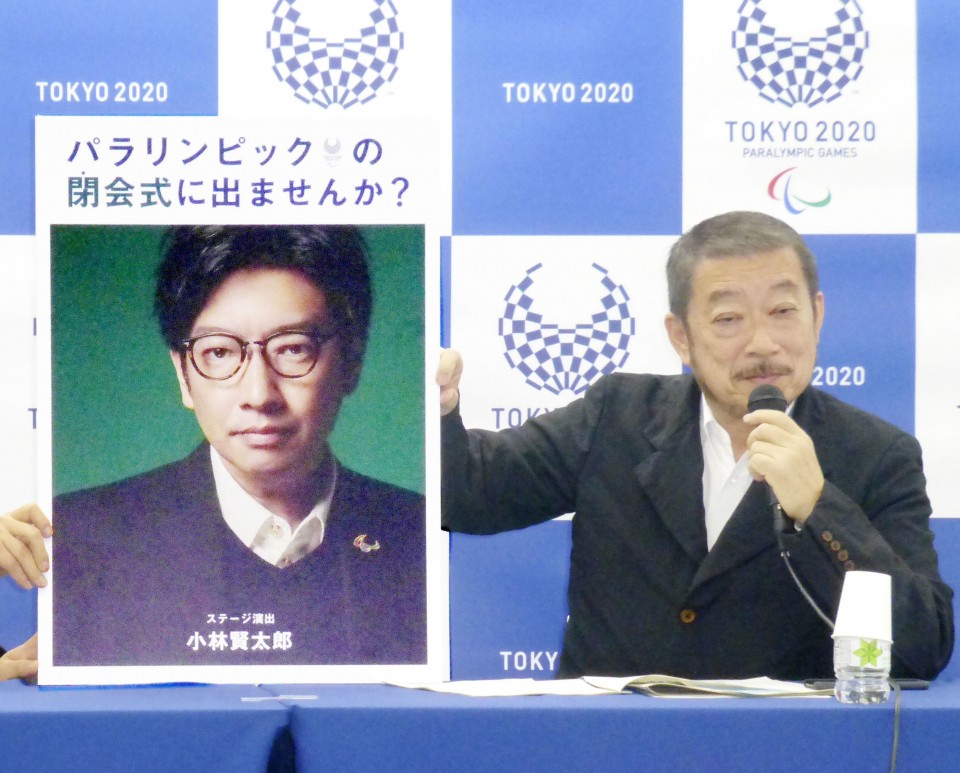 Photo shows Kentaro Kobayashi (seen in photo panel) being introduced at a press conference held in December 2019 on the Paralympics opening and closing ceremonies. (Kyodo)

Kobayashi, 48, was ousted from the post of "show director" in charge of overseeing different segments of the ceremonies after a video clip resurfaced online of him in a comedy act that included the phrase, "Let's play the genocide of the Jews."

The organizing committee said in the evening it is preparing to hold the ceremony as scheduled, adding that Kobayashi did not produce any part of the show by himself after reviewing his role in the creative team.

The Simon Wiesenthal Center, a Jewish human rights organization headquartered in Los Angeles, issued a statement condemning Kobayashi's involvement in the skit from the 1990s.

"Any person, no matter how creative, does not have the right to mock the victims of the Nazi genocide. The Nazi regime also gassed Germans with disabilities," said Rabbi Abraham Cooper, associate dean of the center, adding that Kobayashi's association with the Tokyo Olympics will "insult the memory of six million Jews."

Seiko Hashimoto, president of the committee, told a press conference that she feels responsible for the organization's failure to conduct sufficient background checks on the director and apologized for the latest scandal. 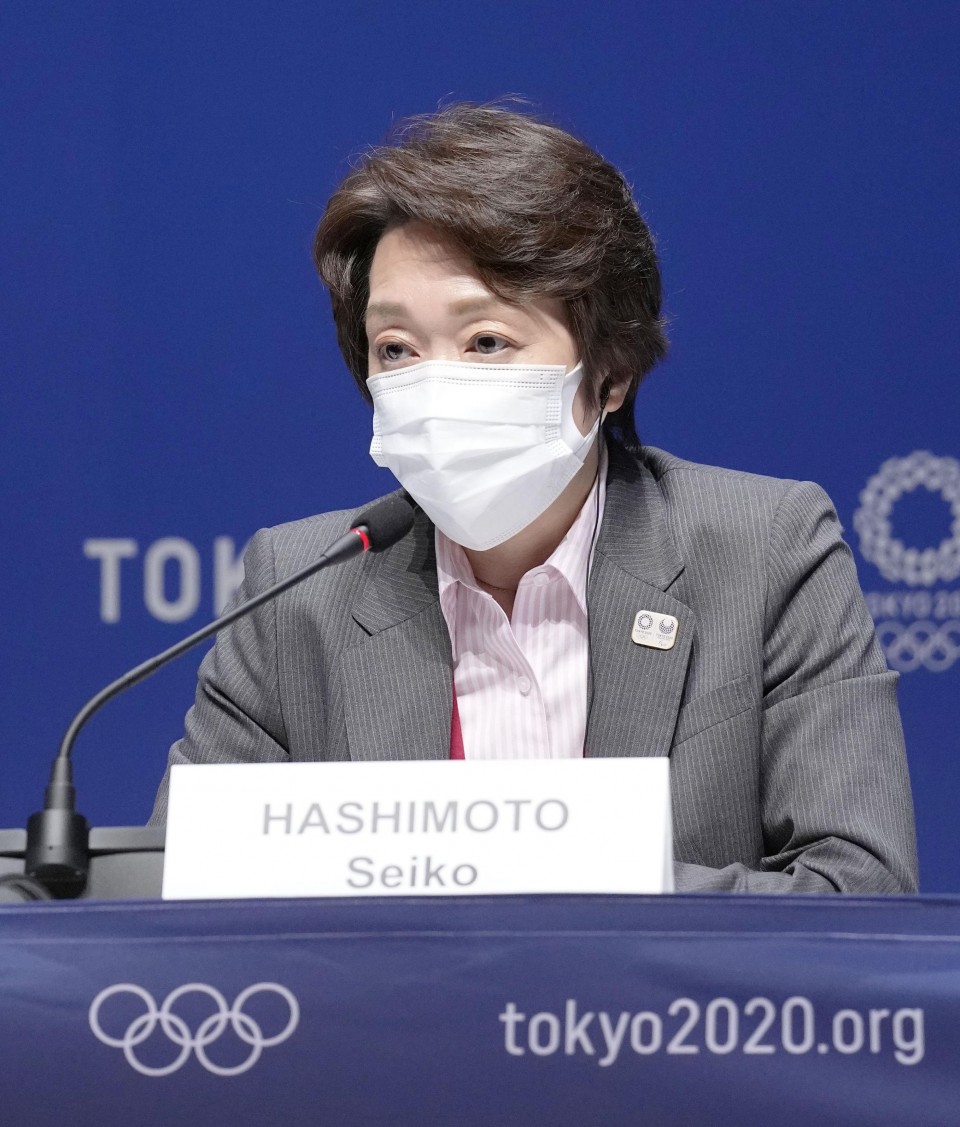 Seiko Hashimoto, president of the Tokyo Olympic and Paralympic organizing committee, speaks at a press conference in Tokyo on July 22, 2021. (Kyodo)

"The opening ceremony is tomorrow, so we will prepare for it so we can earn the understanding (of everybody) on holding the ceremony," she said.

The Olympic ceremonies at the National Stadium and most competitions held at venues in and outside Tokyo will be held behind closed doors in an effort to improve public safety as the capital has been reeling from COVID-19 infections at their highest level in six months, making the sporting extravaganza effectively a TV-only event.

On Thursday, the Tokyo metropolitan government reported 1,979 new daily cases of the virus, the highest since Jan. 15.

Japanese Emperor Naruhito is expected to declare the opening of the Olympics at Friday's ceremony in front of only around 950 VIPs, including representatives of the International Olympic Committee and foreign dignitaries.

Prime Minister Yoshihide Suga on Thursday told reporters that the opening ceremony should go ahead as planned, while criticizing Kobayashi's past comedy skit as "outrageous."

His predecessor, Shinzo Abe, who played an active role in Japan's campaign to stage the Olympics before his resignation in September last year, citing health reasons, will not attend the ceremony, according to a person close to him.

The Tokyo Games, postponed for one year due to the pandemic, will be held under the concept of "Unity in Diversity," emphasizing the importance of accepting people's differences, including race, gender, religion and level of abilities.

Kobayashi is the second creator for the opening ceremony to resign this month as the organizing body, along with the Japanese government and the IOC, is struggling until the last minute to turn public sentiment in favor of staging the sporting spectacle this summer amid surging COVID-19 infections.

Keigo Oyamada, one of the composers for the opening ceremony, resigned earlier this week after admitting to bullying and abusing children with disabilities in the past.

Kobayashi released a statement apologizing for what he wrote in the script while performing as part of comedy duo Ramens, saying it was "extremely imprudent."

"I understand that my poor choice of words at the time was a mistake and I regret it," he said, referring to the skit contained in the video released in 1998. "I would like to apologize to everyone who was offended."

In the months leading up to the Olympics, the organizing committee was hit by multiple scandals, including the resignation of the games' creative director, Hiroshi Sasaki, in March, who had privately suggested plus-sized celebrity Naomi Watanabe dress as a pig for the opening ceremony to play the role of an "Olympig."