The 40-year-old Tokyo native, who helped the Boston Red Sox win a World Series championship in his rookie MLB season in 2007, made his comeback to Nippon Professional Baseball in 2015 but struggled to recover from a cervical spine surgery he had last year.

"He is very disappointed with the decision he had to make," Seibu general manager Hisanobu Watanabe said of the Japanese former star pitcher who has 170 wins between his career in Japan and the United States. 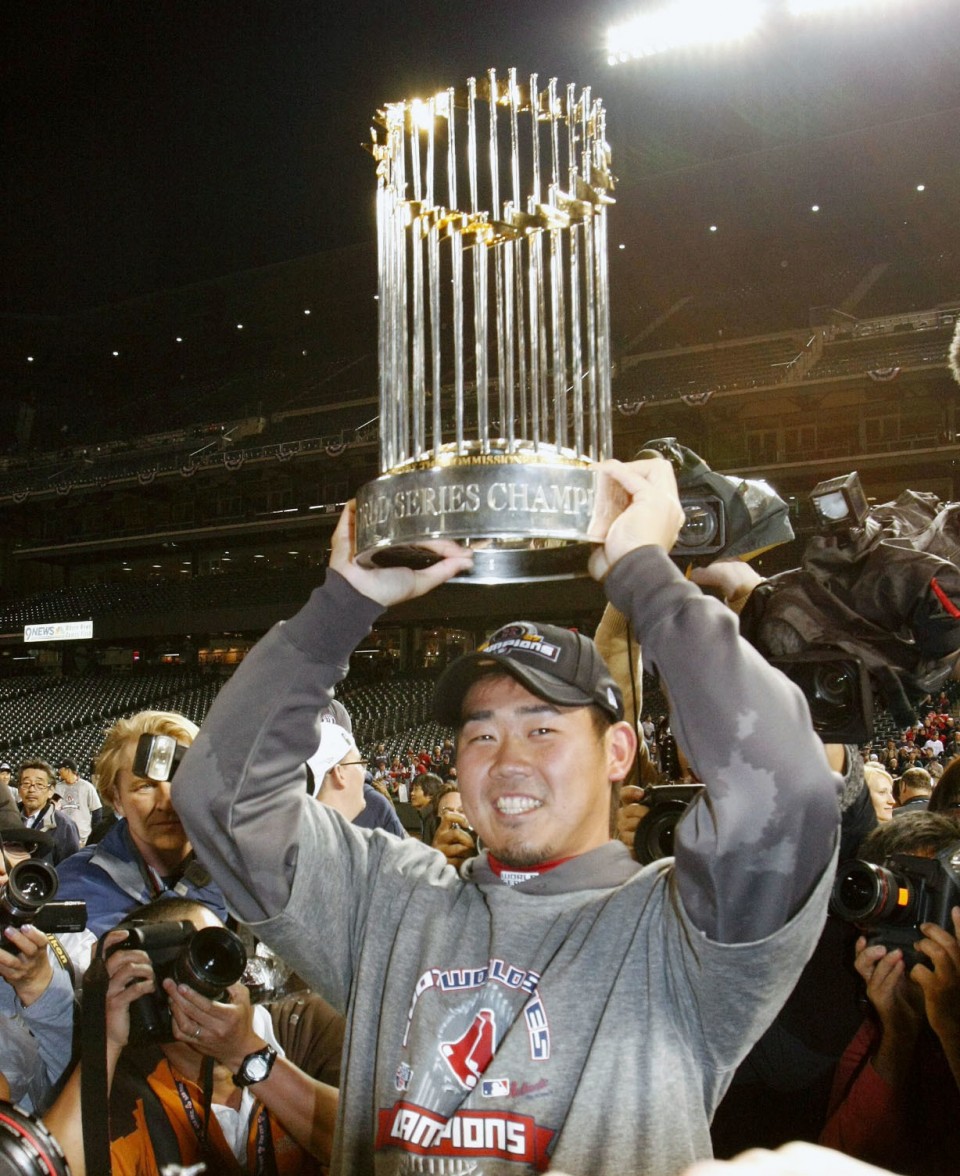 File photo shows Daisuke Matsuzaka holding up the championship trophy after winning the World Series with the Boston Red Sox in Denver, Colorado in October, 2007. (Kyodo)

"At the moment Daisuke is not in perfect shape, physically or mentally. After he pulls himself together...he should be able to speak his mind in a press conference."

Matsuzaka re-signed with the Lions, based north of Tokyo in Tokorozawa, Saitama Prefecture, last season, returning to the club where he started his professional career in 1999 as an 18-year-old drafted straight out of high school.

Matsuzaka became a household name as Yokohama High School's ace pitcher on the national stage in the spring and summer championships held annually at the historic Koshien Stadium. He threw a no-hitter in the championship game in the summer tourney in 1998.

In the first year of his eight-season initial stint with Seibu, he won 16 games and was named the PL's rookie of the year. Due to his success and popularity, other players from his same school year became known as the "Matsuzaka generation." 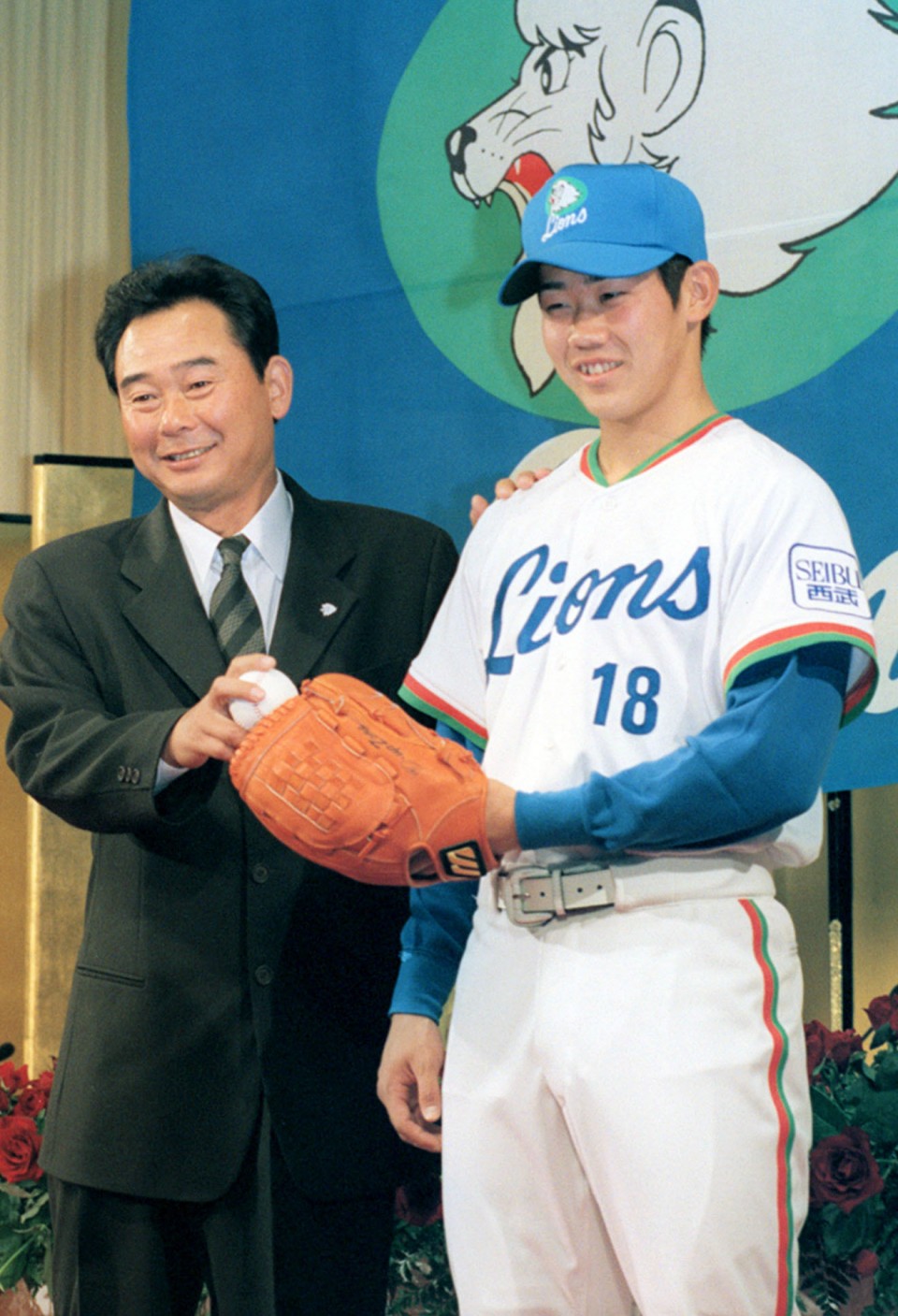 Matsuzaka, who led the PL in wins in each of his first three seasons, won a Japan Series with the Lions and was named the Most Valuable Player of the first two World Baseball Classics in 2006 and 2009.

After the 2006 season, the Red Sox bid about $51 million for the exclusive right to negotiate a contract with Matsuzaka, who joined them on a six-year deal via the posting system. During his time with Boston, Matsuzaka underwent ligament replacement surgery on his right elbow.

He spent his last two seasons in the majors with the Mets, but was lured back to Japan in 2015 on a three-year deal with the PL's SoftBank Hawks. He spent two more seasons with the Central League's Chunichi Dragons before returning to the Lions.

Matsuzaka's Seibu homecoming, however, has failed to bear fruit. Last year, he suffered from neck pain and numbness in his pitching hand before having surgery in July.

He has not made a top-team appearance since he re-signed with Seibu.