Police arrested a university student from Uzbekistan on Sunday on suspicion of raping a Japanese woman while the two were working part time at the National Stadium for the upcoming Tokyo Olympics.

Davronbek Rakhmatullaev, 30, who had entered the stadium as staff to provide meals to the press, is suspected of sexually assaulting the woman in her 20s at seats and in an aisle at the venue around 9 p.m. Friday, the police said. 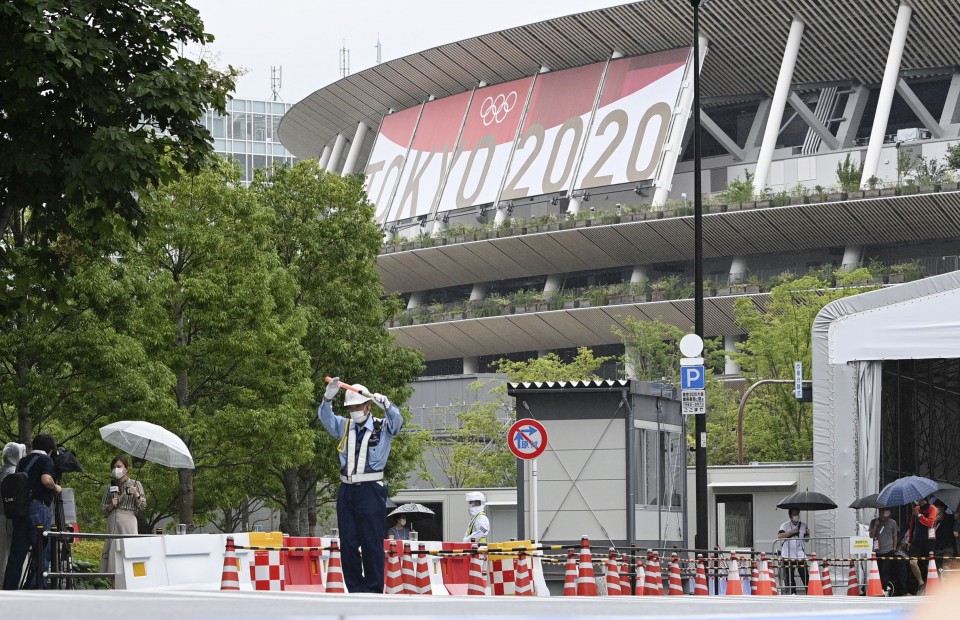 Photo taken on July 8, 2021, shows the National Stadium ahead of the July 23 opening ceremony of the Tokyo Olympics there. (Kyodo) ==Kyodo

The suspect has denied the allegation, with the police quoting him as saying the woman did not resist. The two had never met before the incident.

The woman reported to police Saturday that she was raped by the suspect after they watched a rehearsal of the closing ceremony of the Olympics at the stadium.

The suspect entered Japan in 2014 and is currently on a leave of absence from a university in Aichi Prefecture, central Japan, the police said. He is believed to have stayed at a hotel in Tokyo to go to work at the stadium.