A day after winning the Nagoya Grand Sumo Tournament with a perfect 15-0 record, yokozuna Hakuho said Monday the fear of being forced into retirement had fueled one of his most memorable victories.

The 36-year-old great extended his record number of top-tier championships to 45 by beating ozeki Terunofuji in a dramatic final bout at Nagoya's Dolphins Arena.

The two Mongolian-born powerhouses came into the final day neck and neck at 14-0, but it was the sport's lone grand champion who emerged victorious, downing his younger rival with an arm lock throw. 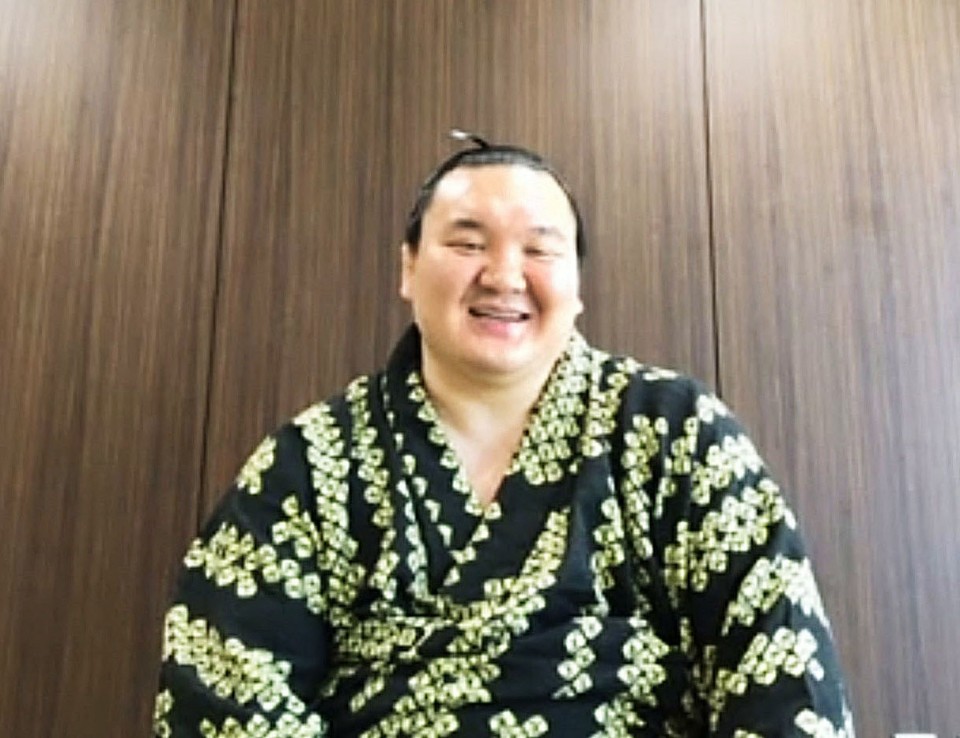 Grand champion Hakuho, seen in this screen shot, gives an online press conference on July 19, 2021, a day after he claimed a record 45th Emperor's Cup at the Nagoya Grand Sumo Tournament in the central Japan city. (Kyodo) ==Kyodo

"It's wonderful. It's something I'll truly remember, a big moment in my sumo career," Hakuho said in an online press conference.

The victory marked an impressive return from injury for Hakuho, who had knee surgery in March after missing all or part of the previous six grand tournaments.

Having been reprimanded by the Japan Sumo Association over the repeated absences, Hakuho staked his career on his performance in Nagoya, vowing to retire if he failed to meet expectations. 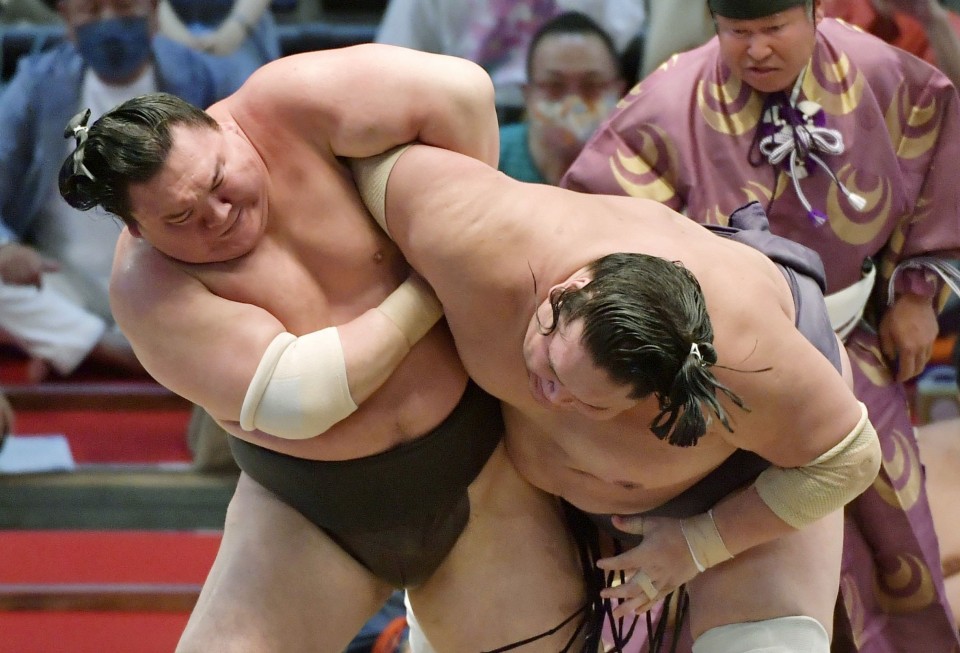 "I felt the pressure. I could picture the kanji characters for 'retirement' approaching right near me. So that made me more driven than I had ever been," Hakuho said

His championship at 36 years and four months makes him the second-oldest Emperor's Cup winner since 1958, when the sport adopted its current system of six grand tournaments per year.

The lone grand champion since the retirement of Kakuryu in March, Hakuho is set to be joined at the sport's highest rank by Terunofuji, who won back-to-back championships ahead of the Nagoya meet.

"(Terunofuji) fought with very consistent sumo. I expect him to continue as a new yokozuna," Hakuho said. 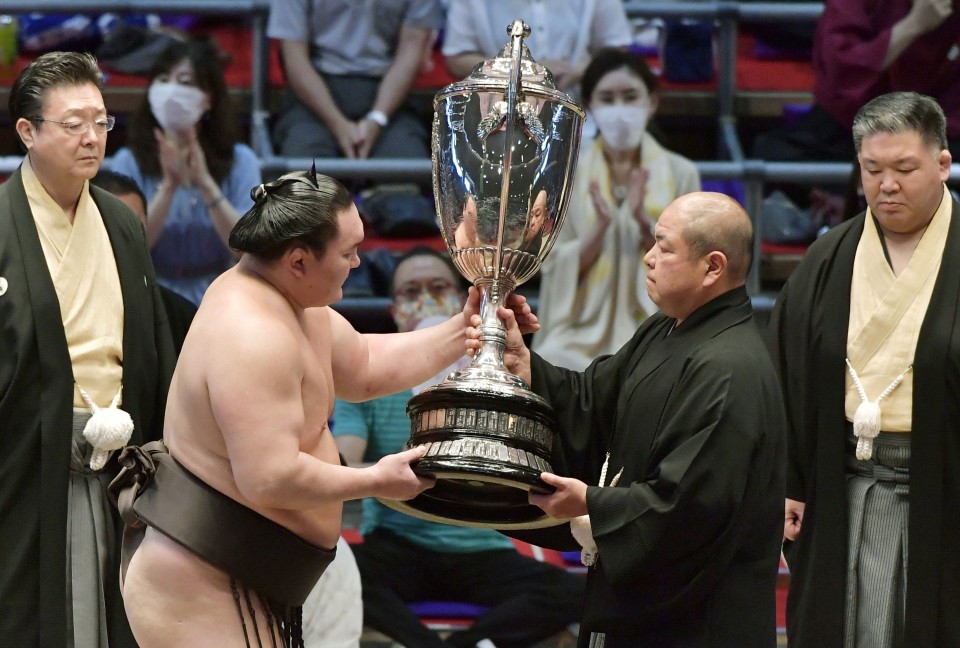