Japan lost to France in the final of the inaugural Olympic judo mixed team event Saturday, coming up short with a silver medal on the final day of the eight-day competition at the Tokyo Olympics.

France claimed the bragging rights for a gold medal at the maiden competition over the four-time mixed team world champion with a 4-1 rout at Nippon Budokan. 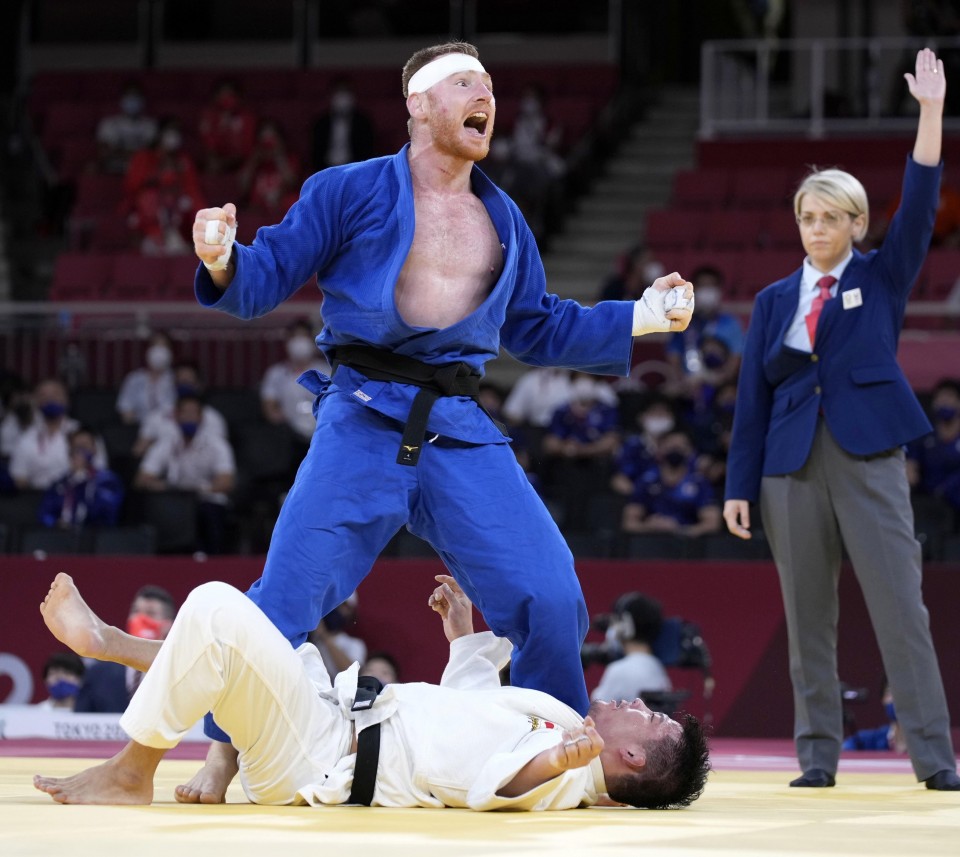 Japan (white) and France meet in the gold medal match of the judo mixed team at the Tokyo Olympics on July 31, 2021, at Nippon Budokan in Tokyo. (Kyodo)

After the competition, Kosei Inoue expressed his intention to step down as the Japanese men's head coach. "I intend to make further efforts to make good use of my wonderful experience of these nine years (as head coach) in the next stage," said Inoue, the men's 100-kilogram gold medalist at the 2000 Sydney Games.

Despite having won a record nine individual gold medals -- five by the men and four by the women -- the host could not cap off its dominant performance with a victory on Saturday.

Even so, with its flashes of brilliance in the individual events, Japan surpassed its eight golds at the 2004 Athens Games.

In the mixed team event, which features three men and women who each took part in the individual events, Japan got off to a lackluster final and never fully recovered. 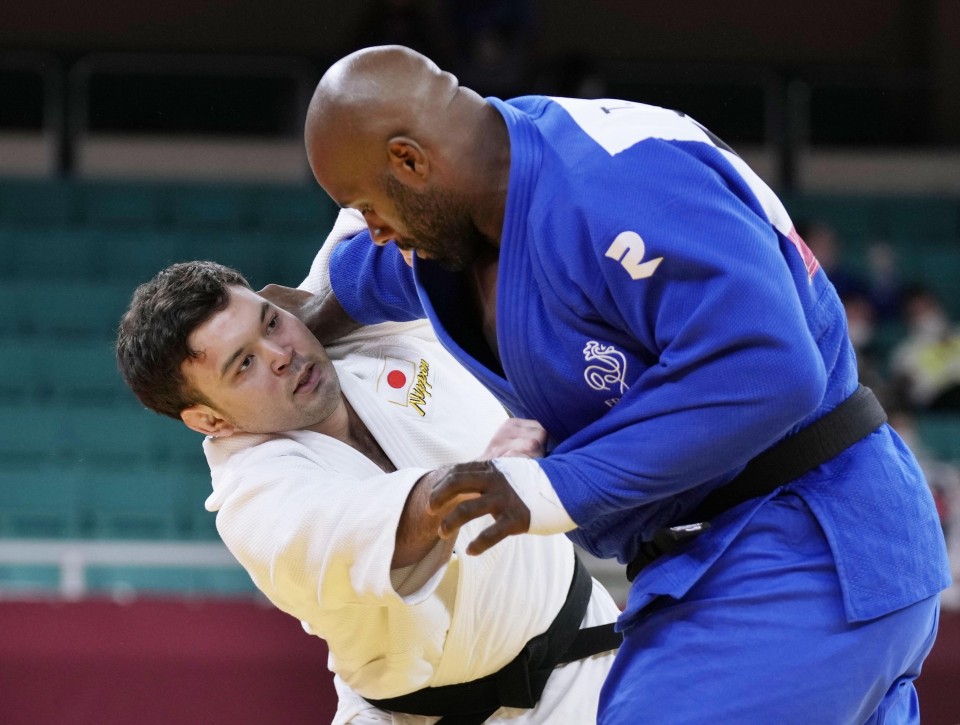 Women's under 70-kg gold medalist Chizuru Arai went down first to under 63-kg champion Clarisse Agbegnenou, followed by Shoichiro Mukai in another ippon loss to Axel Clerget in a matchup of men's 90-kg judoka.

Japan's over 78-kg gold medalist Akira Sone struck back, scoring a waza-ari against individual bronze medalist Romane Dicko, deploying an inner-leg sweep and later pinning her opponent with a side submission for the win.

"We were all aiming for the gold so to come in second is disappointing," Sone, a first-time Olympian, said.

Under 100-kg champion Aaron Wolf was next up for Japan against eight-time world champion Teddy Riner, but a waza-ari in golden score extended France's lead to 3-1, all but deflating the host's hopes of mounting a comeback. Riner, who had settled for a bronze in the over 100-kg class after winning gold medals in the previous two Olympics, decided the bout with a well-timed uchimata throw.

Sarah Leonie Cysique, the Tokyo 57-kg silver medalist, then beat Tsukasa Yoshida by waza-ari to hand the gold to France.

"Crazy moment. Crazy day. Crazy Olympic Games. Crazy situation," said Riner. "It is amazing for the team of France to win here at Budokan during the Olympic Games, it's wonderful. A gold medal, first edition, it's nice."

For Mukai, who had been eliminated in the round of 16 in the men's under 90-kg event, there was nothing but disappointment.

"Having failed to get the result I wanted in the individual event, I wanted to make any contribution I could to the team. I ended up holding them back and I'm really sorry to my teammates," Mukai said.

Wolf, who had earlier become the first Japanese judoka to win the second heaviest weight category since coach Inoue's gold in Sydney, was aiming to topple the French star.

"I considered (Riner) a wall I need to break through to continue doing judo. I aimed to do that at these games, but in the end it didn't go as planned and the result is disappointing."

Earlier in the day, Japan was back against the wall from the start, having to erase a 2-0 deficit to Germany in its opening round for a 4-2 quarterfinal win before downing the Russian Olympic Committee 4-0 in the semifinals.

Uta Abe, the gold medalist at 52 kg, and Shohei Ono, who had defended the Olympic 73-kg title, both lost their matches against Germany before Japan rallied with four straight victories to stay alive in the competition.

Germany outclassed the Netherlands 4-2 to win a bronze medal, while Israel beat the ROC team 4-1 for the other third-place finish.