Suga's announcement came as the leaders of Japan and Pacific island nations and territories affirmed cooperation in an online meeting toward realizing a free and open Indo-Pacific in an apparent effort to counter China's growing influence in the region. 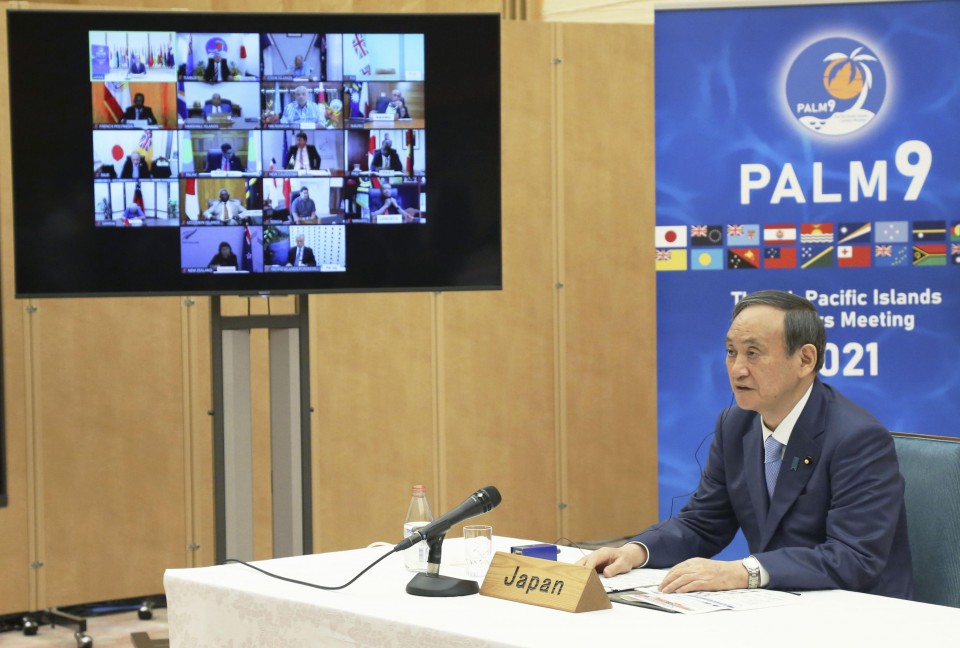 Japanese Prime Minister Yoshihide Suga speaks at an online meeting with leaders of Pacific island nations and territories at his office in Tokyo on July 2, 2021. (Kyodo) ==Kyodo

In the virtual meeting, Japan also pledged assistance to help Pacific countries recover from the coronavirus pandemic by strengthening health care and medical systems, providing economic relief, and improving infrastructure facilities, among other measures, according to Japanese government officials.

Suga also reaffirmed with the Pacific leaders continued cooperation in such fields as maritime security and climate change. 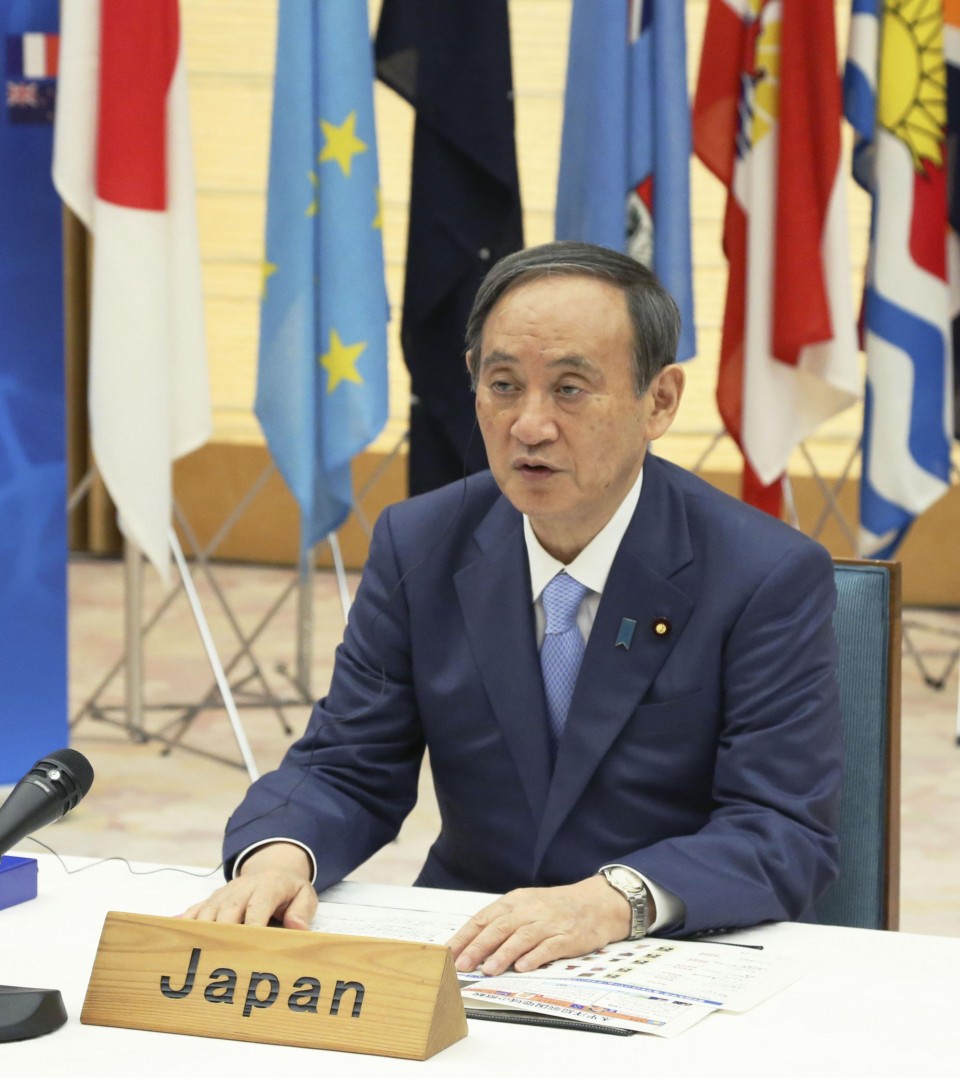 Japanese Prime Minister Yoshihide Suga speaks at an online meeting with leaders of Pacific island nations and territories at his office in Tokyo on July 2, 2021. (Kyodo) ==Kyodo

The Pacific islands are of strategic importance to Tokyo in both the economic and security arenas, the Japanese Foreign Ministry said. China has provided loans and development assistance for projects such as the construction of infrastructure facilities in the region.

In the meeting, Tuvalu's Prime Minister Kausea Natano requested that Japan provide scientific data about the possible impact on the marine environment from the planned release of treated radioactive water from the crippled Fukushima nuclear power plant into the Pacific Ocean, according to the Japanese officials.

Suga maintained the Fukushima water release would not be harmful to the environment or humans and said Tokyo will keep other countries informed on the issue "based on scientific evidence."

Some participants expressed support for Japan's holding of the Tokyo Olympic and Paralympic games, the officials said.

Tokyo has hosted the regional summit with the Pacific island nations once every three years since 1997. This year's meeting was originally scheduled to be held in the city of Shima in central Japan, but it was switched to a virtual setting due to COVID-19 travel restrictions.