Heaviest rain in millennium kills at least 25 in China's Henan

A record-breaking rainstorm has killed at least 25 people in Zhengzhou, the capital of China's central province of Henan, the country's media reported Wednesday, quoting local weather authorities as describing it as the heaviest rain in a millennium.

More than 100,000 people have been evacuated and rescue operations continue across the province, the official China Global Television Network said. Chinese media said 12 deaths among the 25 resulted from flooding in the city's subway system. 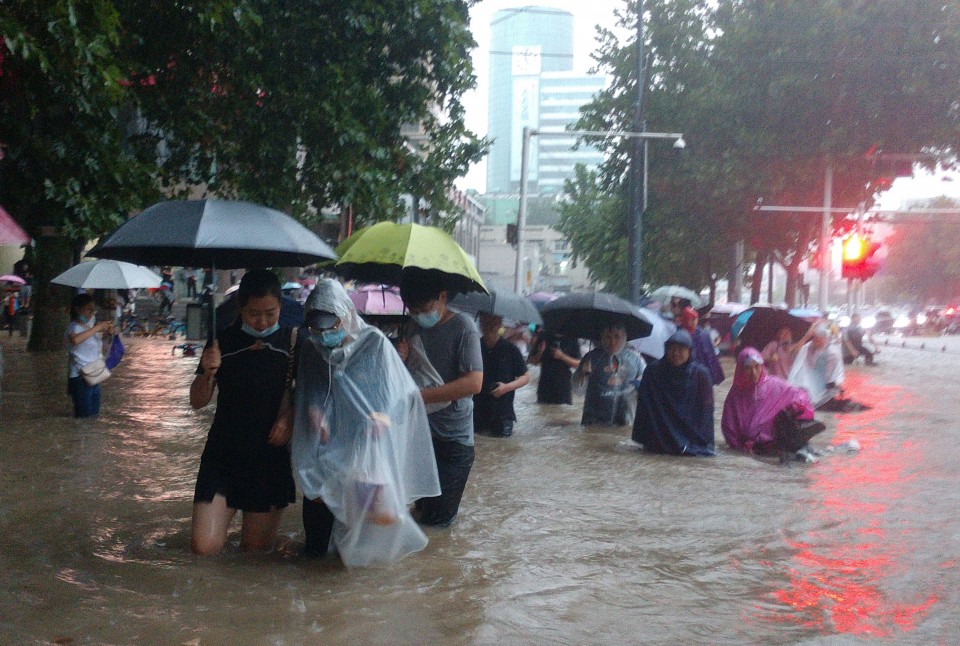 People walk in a flooded area  in Zhengzhou, the capital of Henan Province in central China, on July 20, 2021. (FCH/Kyodo)

Video footage posted on social media shows subway passengers trapped in waist-high water, with one user comparing the situation to the "Titanic," a popular Hollywood movie in the late 1990s that depicts a luxury cruise ship's sinking at sea in 1912.

Chinese President Xi Jinping was quoted by Xinhua News Agency as demanding that authorities at all levels give top priority to ensuring the safety of people's lives and property as well as strictly implement flood prevention and disaster relief measures.

Over 6,000 firefighters and many members of the Chinese military are deploying to the disaster zone for rescue work, CGTN reported, saying the capital of Henan Province, along the Yellow River, has witnessed the most severe rainstorms on record.

The Henan Daily, a local newspaper, said the latest rain is the "most torrential in 1,000 years," citing the weather bureau of Zhengzhou.

For three days through 8 p.m. Tuesday, total rainfall of 617.1 millimeters was recorded in Zhengzhou, close to the city's average annual precipitation of 640.8 mm, Xinhua said.

More than 160 trains stopped services in the city, stranding a large number of passengers, according to Xinhua. The weather forecast says heavy rains in Henan Province are expected to last until Wednesday night.

Many foreign companies, including Japan's major automaker Nissan Motor Co., have production facilities in Zhengzhou, which has a population of around 10 million.

Nissan told Kyodo News that it has temporarily halted production at its factory in the city and employees are safe.