A day after Yuto Horigome won the first men's gold in the sport at Ariake Urban Sports Park, Nishiya did the same in the women's event, becoming the youngest ever Japanese Olympic medalist in the process. 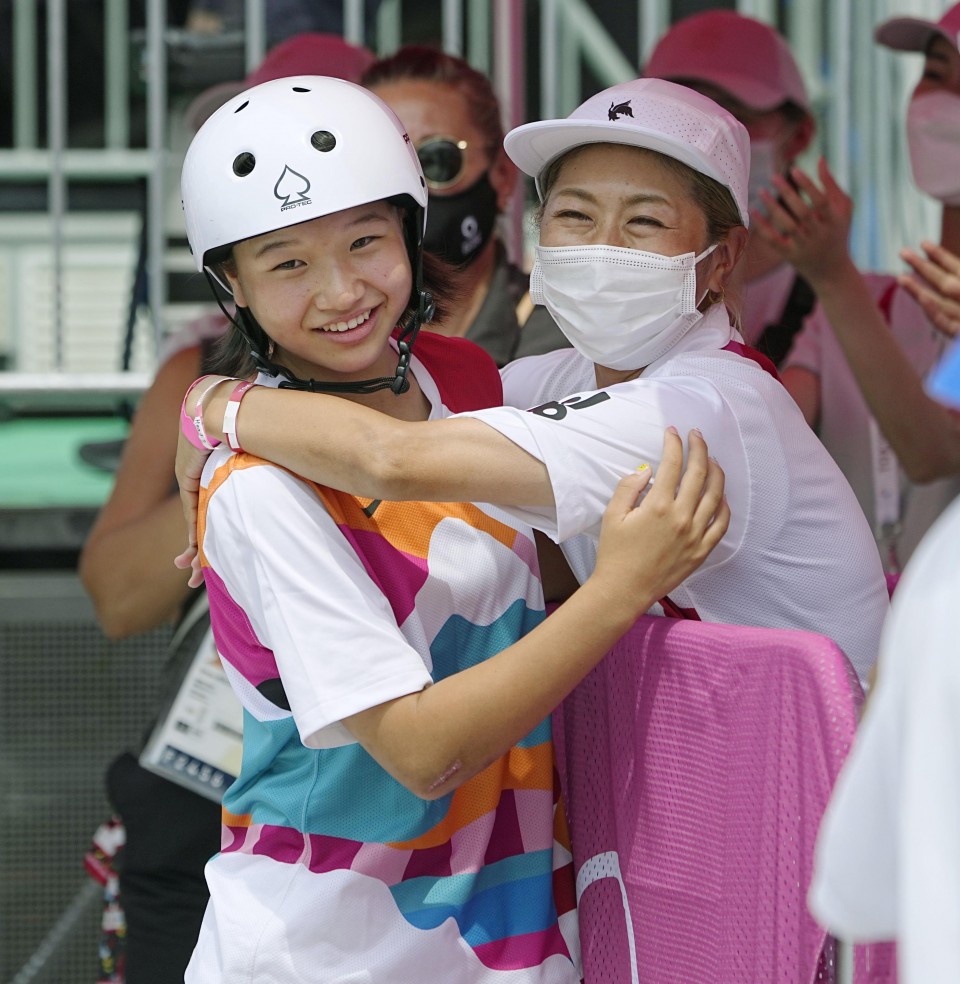 "I didn't think I could win, but everyone around me cheered me on so I'm glad I was able to find my groove," said Nishiya.

Fellow Japanese Funa Nakayama took bronze and another 13-year-old and one of the pre-games favorites Rayssa Leal of Brazil silver.

Much like Horigome on Sunday, Nishiya piled up big scores in the "best trick" section of the event, her three last attempts running up her score to 15.26 points, clear of Leal's 14.64 and Nakayama's 14.49.

Nishiya's two 45-second runs around the Koto Ward street venue earned her 3.02 and 2.91 points with the latter involving a heavy crash on a boardslide attempt.

She then failed to land her first trick and then bailed on her second, a frontside feeble grind. She tried the same trick again on her third attempt and landed it, earning 4.15 points and getting her event on track.

A clean 4.66-point bigspin to frontside boardslide put her into the lead and her final trick, a backslide boardslide, delivered gold.

"I wasn't too worried about getting a medal. It was like, it'd be nice if I can get one," the Osaka-born skater said.

Nishiya eclipsed Kyoko Iwasaki as Japan's youngest Olympic gold medalist. Iwasaki won the 200-meter breaststroke title at the 1992 Games in Barcelona at the age of 14.

For bronze medalist Nakayama, bronze will suffice, but she felt like more was possible. She tried to go big on her final trick in hopes of snagging one of the top-two positions, but it was not to be.

"Momiji was first so I thought, no I'm going to take that position, but I messed up," the 16-year-old Toyama native said.

Competing in front of no fans might have been a little strange, but she made it work.

"Maybe it was because there weren't any spectators, but I was more relaxed than usual," she said.

The other Japanese in the final and the reigning world street champion, Aori Nishimura, finished eighth after a series of massive slams left her bloody and limping. Nishiya finished one place behind her at the 2021 world championships. 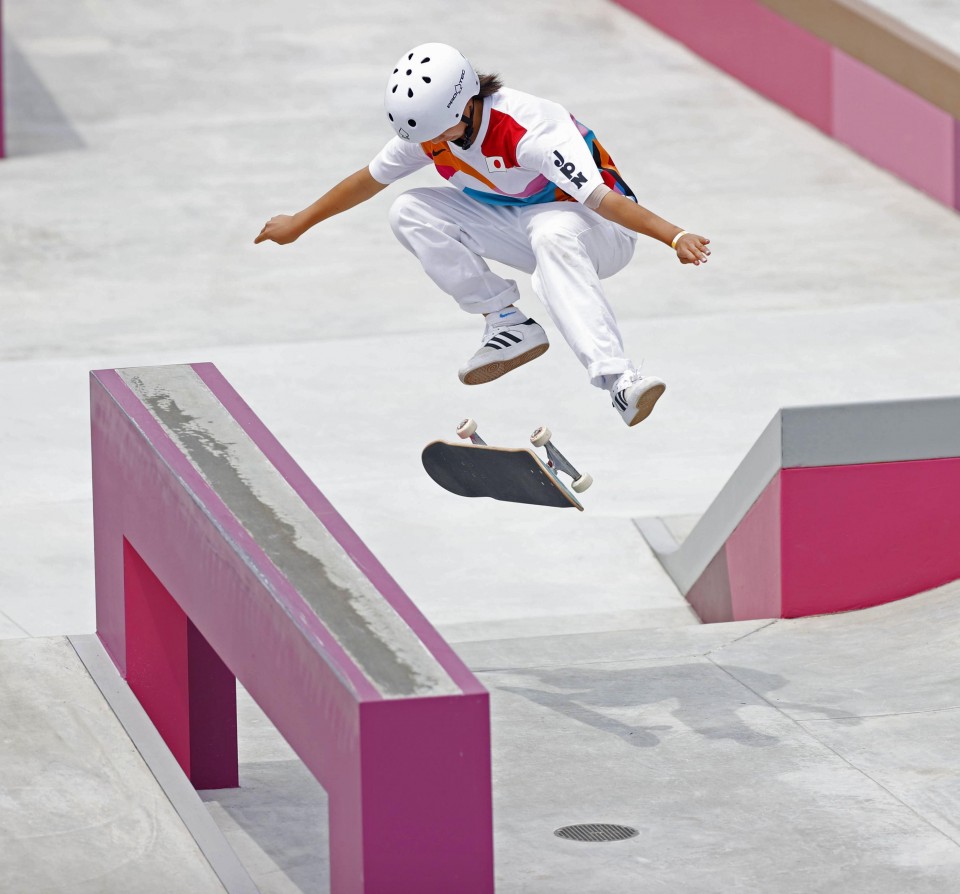 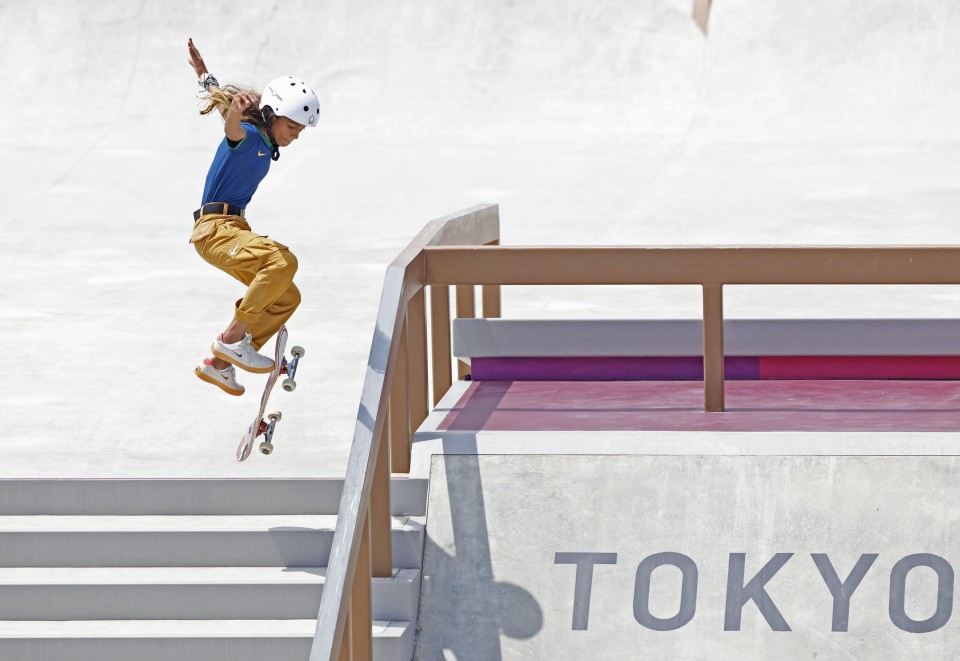 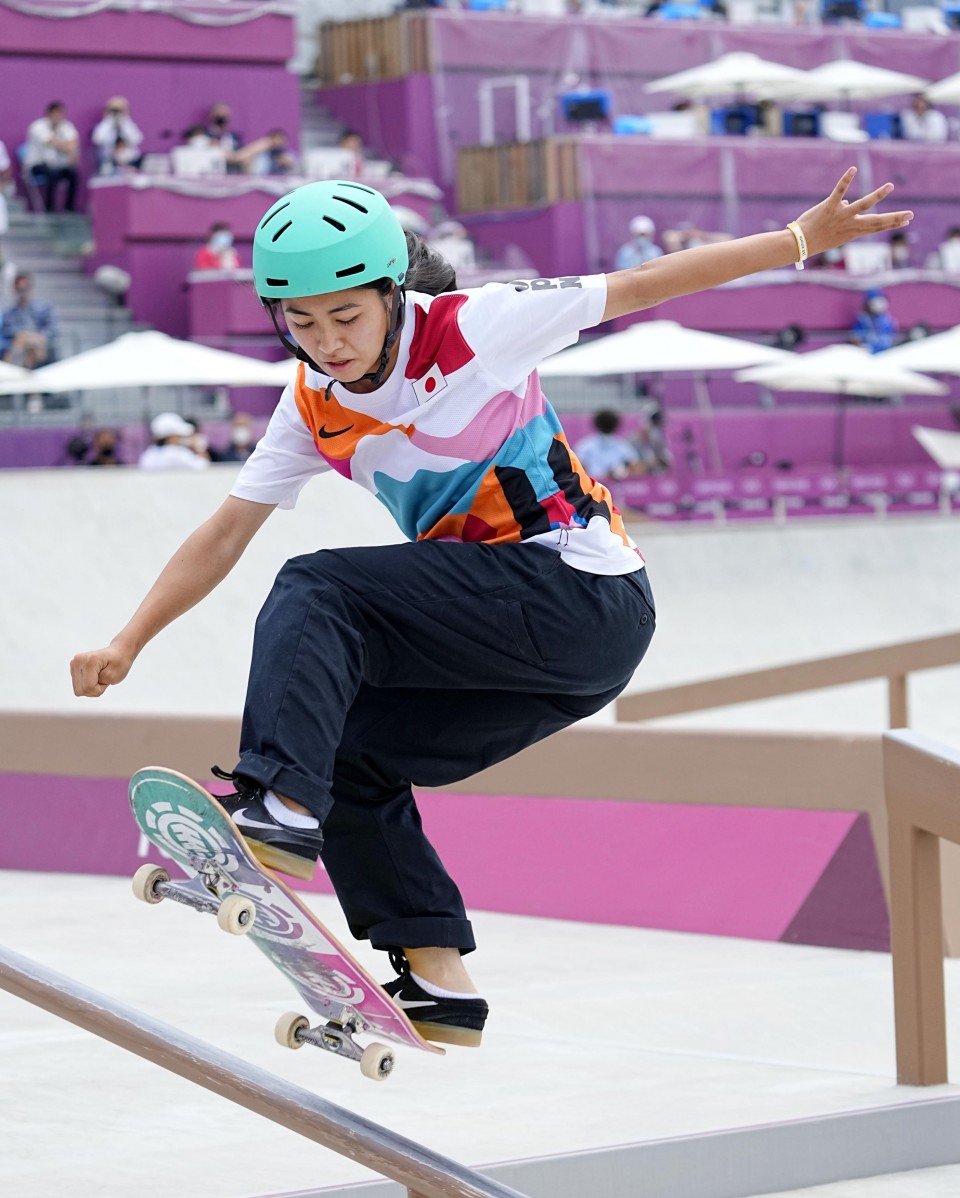 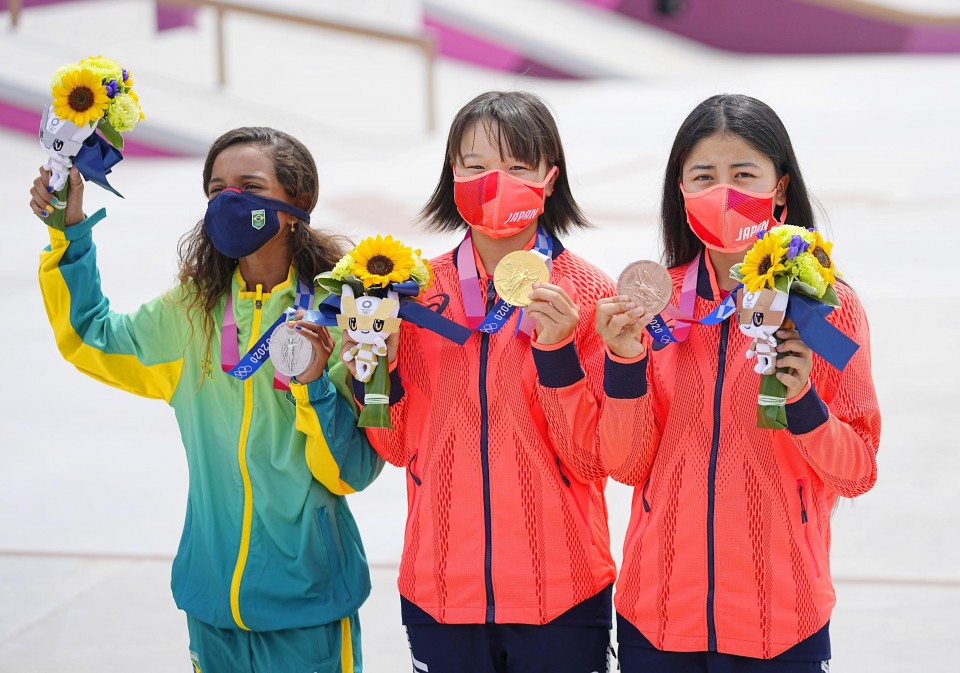 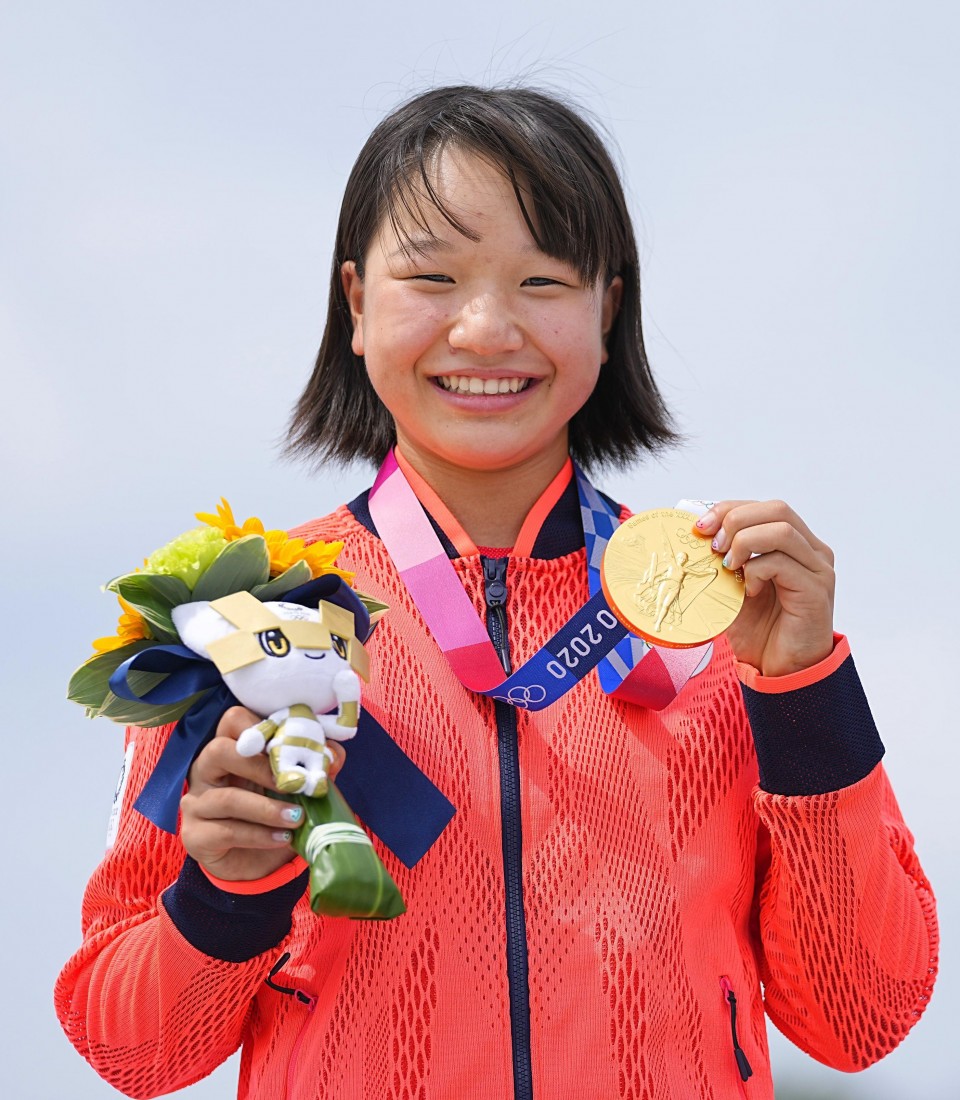