Japan's ruling Liberal Democratic Party vowed Sunday to regroup ahead of a general election to be held by the fall after projections showed it failing to secure a majority of seats with its ally Komeito in the Tokyo metropolitan assembly election.

"We have to examine where we fell short before heading into the House of Representatives election," Taimei Yamaguchi, the LDP's election strategy chief, told reporters. "We take this result seriously and will use it as fuel for the next time." 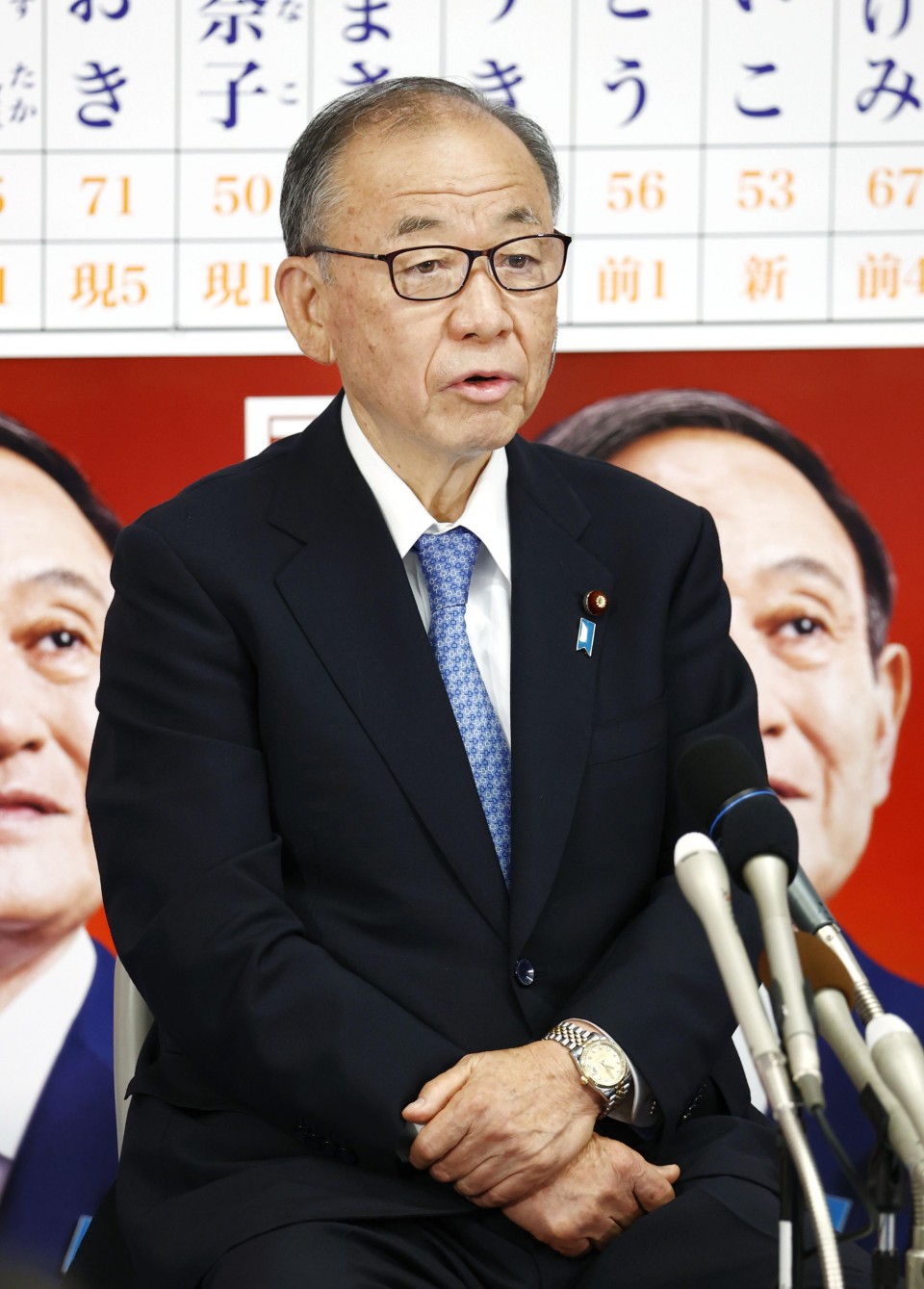 Liberal Democratic Party election strategy chief Taimei Yamaguchi gives an interview to a TV station on July 4, 2021, at the party headquarters in Tokyo on the Tokyo assembly election. (Kyodo)

The LDP, led by Prime Minister Yoshihide Suga, and its junior coalition partner Komeito had sought to wrest control of the metropolitan assembly from Tomin First no Kai, a regional party founded by Tokyo Gov. Yuriko Koike. Tomin means Tokyoites in Japanese.

But public dissatisfaction with Suga's COVID-19 response and concerns over going ahead with the Tokyo Olympics and Paralympics, as well as the popularity of Koike, who was discharged from the hospital days earlier after suffering from severe fatigue, appear to have spoiled those hopes.

"Ms. Koike garnered a lot of sympathy votes. It's like she single-handedly beat us," said a former Cabinet member in the LDP.

Koike, who had largely removed herself from the daily operations of Tomin First but clearly supported its candidates at the last minute, "influenced the result at least to some degree," admitted Komeito leader Natsuo Yamaguchi. "This is something we have to analyze." 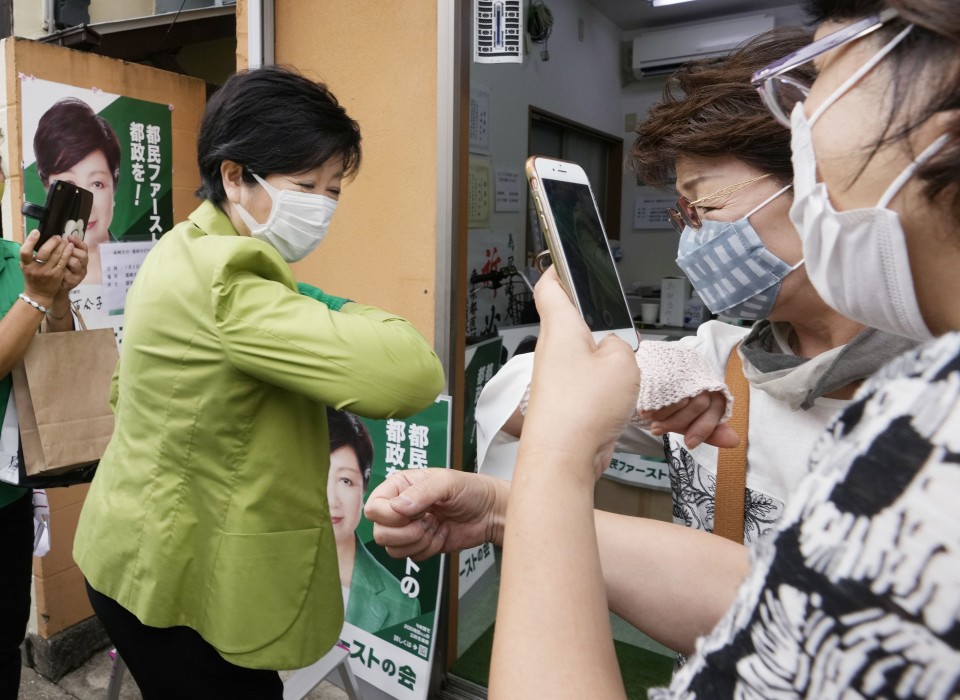 Tokyo Gov. Yuriko Koike shows up in support of a candidate representing Tomin First no Kai, a regional party founded by the governor, in Chofu, western Tokyo, on July 3, 2021, a day before the Tokyo metropolitan assembly election. (Kyodo) ==Kyodo

PM Suga's party retakes biggest no. of Tokyo assembly seats but no majority

Suga has said he will dissolve the House of Representatives for a general election before his current term as LDP leader ends in September.

Meanwhile, the opposition Constitutional Democratic Party of Japan and Japanese Communist Party added seats to their pre-election strength, respectively, in the Tokyo election after working together to avoid their candidates directly competing for some constituencies.

"It is our mission to make the general election a fight between the ruling and opposition parties," said CDPJ deputy leader Akira Nagatsuma, indicating the parties will set aside their differences and step up cooperation in the coming months.

In a program aired by public broadcaster NHK, JCP Chairman Kazuo Shii said the opposition will "fight together to realize a change in government" from the LDP and Komeito, which have held power since December 2012.