South Korea is considering holding online talks with North Korea, an official of the presidential office said in a radio program on Wednesday, one day after the two countries restored communications lines between them that the North cut off last year.

Park Soo Hyun, secretary for public communication at the presidential office, said the restoration of the communication lines was a starting point for improving bilateral ties but this alone cannot enable the two Koreas to engage in sufficient dialogue. 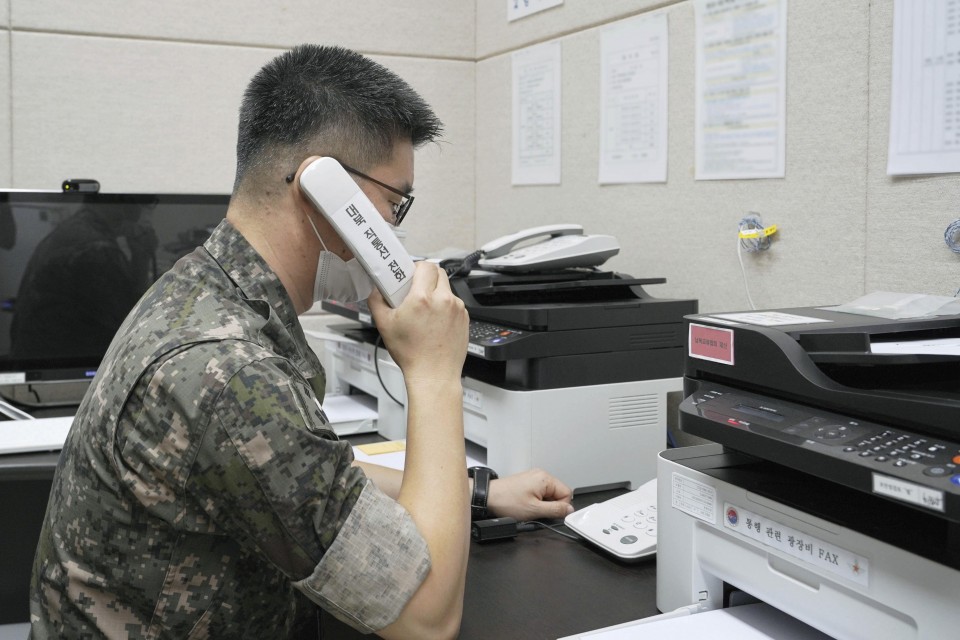 "In order to have more open dialogue, we can keep in mind that we will establish an online meeting system" between Seoul and Pyongyang, Park said.

He also said he hopes the two countries can hold repeated talks, including a possible summit meeting of South Korean President Moon Jae In and North Korean leader Kim Jong Un, which would lead to achieving the ultimate goal of peacebuilding and denuclearization of the Korean Peninsula.

An online meeting, if realized, would be a major channel for proceeding with the talks between the two countries as the North's strict coronavirus prevention measures have made it difficult for the two Koreas to have face-to-face communication.

North Korea has cut off land traffic to and from its neighbors since early last year to prevent the novel coronavirus entering the country.

Moon and Kim agreed to reconnect the communications lines after exchanging several friendly letters since April about improving bilateral ties, Park said in a briefing Tuesday.

According to reports of local media, the leaders exchanged such letters 10 times or more.

North Korea cut off inter-Korean communications lines in June last year in retaliation for the anti-Pyongyang leaflets defector groups had sent over the border from the South by balloon.