Typhoon Nepartak weakened to an extratropical cyclone Wednesday over the Sea of Japan off the coast of northeastern Japan after it traversed through Iwate and Akita prefectures, the weather agency said.

It made landfall on the northeastern Japan prefecture of Miyagi in the morning, veering off its initially projected course that would have taken it toward the Tokyo area where the Olympics are taking place. 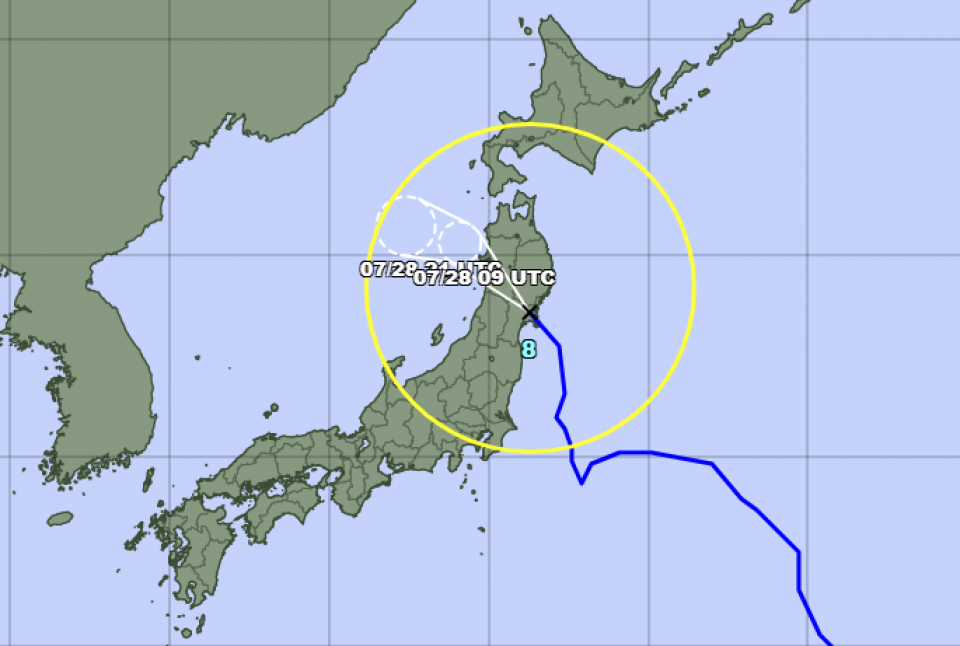 The atmosphere in northeastern and eastern Japan became very unstable due to cold air and the influence of warm and wet air flowing toward the extratropical low, according to the Japan Meteorological Agency.

The agency predicts up to 80 millimeters of rain in some parts of the Tohoku, Hokuriku, and Kanto-Koshin regions in 24 hours through Thursday evening.

The season's eighth typhoon, which reached the vicinity of the city of Ishinomaki shortly before 6 a.m., brought strong winds and high waves.

The typhoon, the first to make landfall in Japan since October 2019, was also the first ever to hit Miyagi. The last time a typhoon reached Japan's northeastern coast was Aug. 30, 2016 when it hit Iwate Prefecture.

Typhoon Nepartak's impact on Olympic events has been limited. Some rowing and archery events have been rescheduled, but one of the women's soccer matches on Tuesday in Miyagi was held as scheduled.